The Hall of Fame Game

Nobody cares that Canton, Ohio is home to such glorious and prestigious landmarks as the William McKinley Presidential Library & National Monument and the National First Ladies Library and Research Center.  When people hear Canton, Ohio they think NFL football.  Home to the NFL’s Hall of Fame since opening in 1963, Canton also hosts the annual NFL Hall of Fame Game, which officially starts the NFL preseason.  After months of suffering through dry and stale baseball and worthless WNBA basketball we get a sport that matters.  Football is back and all is well.  Work livens up with the casual fantasy football chatters and Monday braggings around the coffee pot.  Home teams give fans amazing thrills and heartbreaking losses.

This year’s Hall of Fame game features the Tennessee Titans and the Buffalo Bills.

Tennessee looks to add on to last years success without star Albert Haynesworth, and Buffalo looks to try to make the playoffs with the addition of diva queen Terrell Owens. 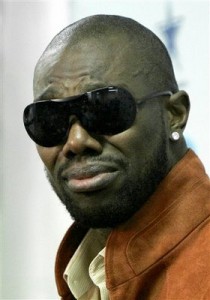 If that massive amount of excitement does not do it for you, maybe these pictures of the Redskins cheerleaders from last years Hall of Fame game might help move your pencil.