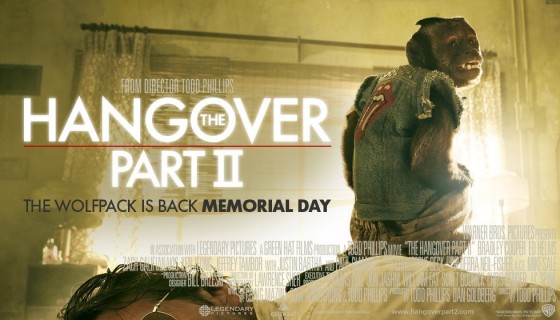 I think most of us assumed The Hangover 2 wouldn’t merit the hype or approach the hilarity of the first one and most of us assumed correctly. This isn’t a bad film and will still arguably be the best comedy of the summer, but don’t expect this to come anywhere near your pantheon of funny films, as the first one may have. The uniqueness is missing and the venue doesn’t hold up to Vegas… sorry Bangkok.

The bad parts? The plot is identical to the first one, literally. None of the new characters brought into the mix really add anything of note. Mike Tyson’s surprise appearance could have been better. The crowd you are watching the film with will probably over laugh at the parts they have seen in trailers and drop one too many “no ways” and “not agains”… maybe that is just me being bitter about the particular North Jersey crowd I saw it with. Are you really surprised somebody happened to find a camera with all the pictures from the night on it and they played a slideshow of them to end the film? C’mon now.

Zach Galifianakis steals the show the same way he did in the first one, delivering many of the film’s best lines and moments, including the way he flashes back to the night’s events in a monastery. You have to feel that there will inevitably be a third chapter in this saga of films and his character’s presence will make it worth seeing. Ed Helms personal rendition of “Allentown” highlights his performance, as it is his character who is now rushing back to get married. Ken Jeong’s role can be a little much at times, but he is part of most of the movie’s entertaining scenes.

I am not sure Bangkok would love the way their city was portrayed in this movie. Unlike the first one, which made you want to book a flight to Vegas the following week with your friends, you won’t have a desire to be rushing off to Bangkok, unless you are seeking transvestite strippers, rodent infested hotel rooms, monks, and drug dealing monkeys who chain smoke.

It ‘s easy to rip on this sequel since it falls so short of the first one, but the first one could very be an all-timer. There is no need to act like this movie is awful — it provides more than its share of laughs and will still hold up well to any comedies coming out this summer.