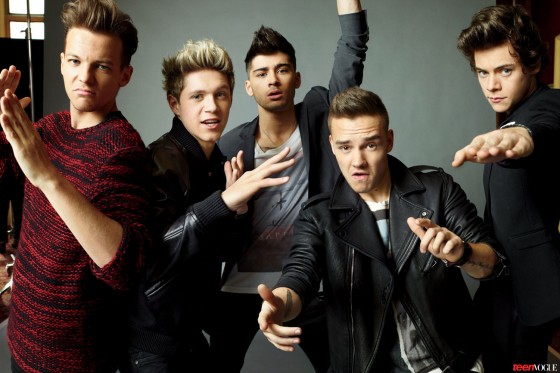 Nothing upsets true fans of music more than when a song they know and cherish is covered by another artist, and it ends up becoming a huge hit, for the wrong person. It’s even more upsetting when fans of the new version have absolutely no idea where the song originally came from, and will even argue with you about its origin. While these aren’t the most insulting examples to music lovers, these are likely some covers that even you may not have realized weren’t original. They were huge hits, but only after they were covered. 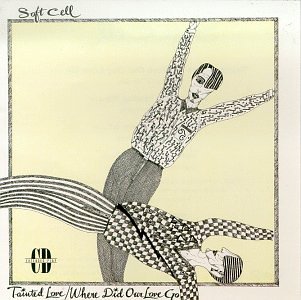 I wonder why they thought the song was about AIDS?

One-hit wonder Soft Cell had this as a pop hit in 1981, so of course, everybody thought it was about AIDS, or at least catching an STD, because it’s difficult to look at a New Wave band and assume they’re not either injecting heroin at breakfast or barebacking it with the gender of their choice. But the original song was performed by Gloria Jones back in 1964, when they couldn’t even talk about sex without pretending they were singing about cars or something. Jones actually recorded it twice, once in 1964 and the second time in 1976 with Marc Bolan of T. Rex (you know him as the guy who sang “Children of the Revolution”). But apparently it took synthesizers and androgynous men in painfully tight pants to make the song a hit.

The more musically-inclined among you are probably thinking we’re going to mention Roberta Flack, since she was the one who bagged two Grammys for it in 1973 for this, and unlike Lauryn Hill, kept her sanity afterwards. And you’d be right, since she was the first one to actually cover the song. But the song, originally titled “Killing Me Softly (With His Blues)”, was actually written and performed first by Lori Lieberman, and it’s about Don McLean. Yes, Lauryn Hill’s overemotional singing is directed towards the dude who wrote “American Pie”. Although considering such O.G.s as Englebert Humperdinck and Perry Como got there first, that’s probably the least embarrassing tidbit for the Fugees on this one.

“Respect” is widely considered an anthem of female empowerment, along with “I’m Just a Girl” and “…And Justice For All”. But that’s pretty much entirely a coincidence, because it was originally written and performed by Otis Redding, who was kind of like Don Draper, only he was black, he could sing, and he got laid more often than Draper can ever dream (we know that seems impossible, but trust us). The entire song is actually about a guy being disrespected by his woman, and him telling her lying, cheating ass off, which was enough for Otis to not just reach the top five on the Black Singles chart (yeah, back then, even the music charts were segregated), but to actually become Otis’ biggest hit. We wonder if all the people celebrating it as a stride for feminism in music were aware of the fact that Franklin was just covering a huge male star’s hit.

To make him edgy, Mickey Mouse now knocks over liquor stores as a hobby.

Speaking of flipped genders, this piece of ‘80s cheese was originally written from a male perspective too. It was based off of “Kitty” by the British pop band Racey, and pretty much the only difference between the two songs is the find/replace job they did on the title, even though a woman’s sexual frustration is a bit…different from a guy’s. And would it make it better or worse for you to know Toni Basil chose “Mickey” as the name as a tribute to Monkee Mickey Dolenz? The screaming is all the answer we need.

5) I Will Always Love You – Whitney Houston

“Wait, that skinny bitch has been on the charts HOW long?”

Yes, one of the highest-selling singles of all time is a cover. But it’s not just any cover. It’s a cover of Dolly Parton, who you probably know best as the woman who introduced you to the concept of just how awesome boobs are.

Parton actually wrote the song in response to the departure of a friend and business associate as a bittersweet goodbye, just like Costner would star in “The Bodyguard” and say a bittersweet goodbye to his dignity. If you paid attention to country, it was actually a monster hit, going to number one in 1974, and then Parton went back to the well in 1982 and made it a number one hit again, the first time the same song by the same artist had hit number one twice on the country charts. Both also crossed over onto the pop charts and did OK for a country tune at the time, although it took a crackhead with amazing lung power to push it to number one.

Hell, even after Houston made it the best-selling single of all time and guaranteed we’d think of her banging Kevin Costner every time we heard it, Parton STILL went back, re-recorded it as a duet, and that went to #15 on the country charts. Dolly Parton: more powerful than you think.

6) Whiskey In The Jar – Metallica 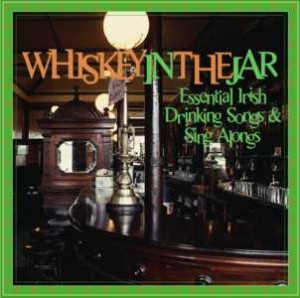 Aye laddies, show me the way to the next whiskey bar!

No, it’s not by Metallica. Or by Thin Lizzy, or by Pulp, or by U2, or by the Pogues if you’re into drunken Irish ranting. Which you probably are, since “Whiskey In the Jar” is actually an Irish folk tune that’s been, as you might have noticed, covered by pretty much everybody who can breathe through their nose and hold a guitar. Except Avril Lavigne, but we’re not sure if it’s because of the former or the latter. One of the upsides of this song is we can torment all the metalheads we know by insisting Metallica’s covered U2, although Lars has yet to follow through with a Metallica cover of “I Still Haven’t Found What I’m Looking For.”

7) Nothing Compares 2 U – Sinead O’Connor 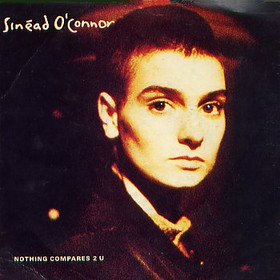 Hey, speaking of Irish music, remember Sinead O’Connor when she used to be famous for singing while bald, instead of changing her sexuality every other week and tearing up pictures of the pope because she wanted to be a priest and that pesky vagina and/or lesbianism and/or insanity was getting in the way? It turns out, in case you hadn’t guessed from the spelling up there, that Sinead’s biggest hit actually came from the one musician crazier than she is: Prince. Prince had written it for his spin-off band The Family, which only put out one album. “Nothing” was just an album cut, but somebody, somewhere, realized what it really needed was an Irish bipolar chick, leading to Sinead’s one hit.

Prince actually got around a lot in the ‘80s, musically speaking. In addition to having sex with the Bangles (we’re just assuming here, but this IS Prince we’re talking about), he also wrote “Manic Monday” for them. O’Connor went on to record a reggae album. No, seriously.

8) Blinded By the Light – Mannfred Mann 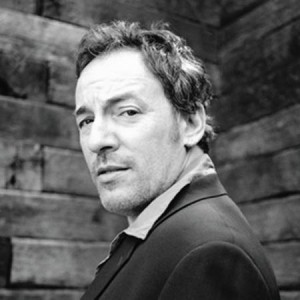 You probably know this for its incredibly annoying and inescapable organ hook that plays once every two hours on that Top 40 station the guy the next cube over just won’t stop listening to. You’d be forgiven for thinking that some obscure hippie wrote this song, but no, it was actually written by…Bruce Springsteen. It was a cut off the Boss’s first album that wasn’t released as a single. However, that line everyone mishears as “wrapped up like a douche in the middle of the night” (it’s really “revved up like a deuce”, as in deuce coupe) was originally “cut loose like a deuce in the middle of the night.” Yes, Mannfred Mann rewrote Bruce Springsteen, and we like to think that lyric being misheard for thirty years is the revenge of God. Embarrassingly, this also happens to be the only song Springsteen’s ever written that hit #1 on the Billboard Hot 100.

Oh, and if you think the Boss hadn’t suffered enough abuse, Funkstar Deluxe put out a disco version. Why? Because they are Danish, and hate us all.

Wow, we guess she was hot once. Who knew?

It’s probably not a surprise Frank Sinatra sang a lot of covers, or that this one is a cover, but one thing that might surprise you is that this is actually a song from the late ‘70s. “New York, New York” was actually written in 1977 for Martin Scorese’s movie of the same name, which you have never seen or heard of because it’s a two-and-a-half hour long musical about Robert DeNiro beating the ever-loving crap out of Liza Minelli. Once the coke wore off, they were forced to release the movie and it’s been something nobody involved wants to talk about since. But the Kander and Ebb soundtrack caught Sinatra’s eye, so somebody at least escaped with a paycheck. Sinatra didn’t record this one until 1980, and yet it’s been his signature tune ever since. 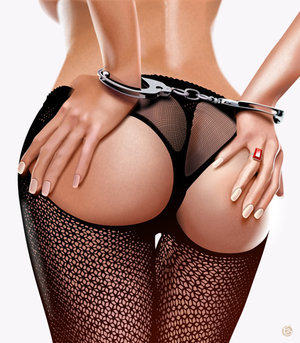 This is the third result for “I Swear” on Google. God bless the Internet.

It’s probably not a surprise that a cheesmo boy band did a cover, generally because boy bands are the musical versions of nursing homes, where songs go to die a horrible, sad, unnoted death. What’ll probably surprise you is that “I Swear” is actually a country song performed by a guy named John Michael Montgomery. The song had actually topped the country charts, and then All-4-One turned around, covered it, and topped the charts in America that actually matter, plus most of Europe, Australia, and probably Russia if their radios were working at all, which is the musical version of cockblocking for poor John there. Then again, Montgomery’s still putting out albums and charting, and All-4-One only recently figured out how to sell an album in the US again after an extended tour of being big in Japan and nowhere else, so chalk one up for him.

Yep, despite that skull-eating mullet and that terrifying hellspawn of his following Britney’s career path, Cyrus’ songwriting is not to blame for this early ‘90s sonic atrocity. That we can blame on another country act, the Marcy Brothers. The Marcy Brothers never had much of a hit of their own, the highest they charted being #34 on the country charts, so we’re sure they’re proud that Cyrus made a pop culture joke out of their song. Then again, they don’t have to exploit their kids to make the rent, so maybe the Marcy Brothers won out in the end.