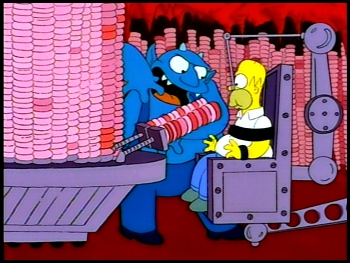 The Krispy Kreme Challenge started how most things in college begin, as a dare. But it has evolved into a full-fledged charitable event, where runners make the two mile dash from the North Carolina State Belltower to the Krispy Kreme store located on Peace Street in Raleigh. After downing a full dozen of the famous Krispy Kreme doughnuts, the runners must somehow make it the two miles back up the hill to the finish. And if that’s not enough, there’s also a one hour time limit.

The brainchild of Wolfpack basketball guard Chris McCoy, the first run was held in 2004 with a mere 12 participants (McCoy overslept and did not participate). The race has grown considerably in the successive years, with the 2009 version seeing approximately 5,000 runners in the evolving campus tradition. 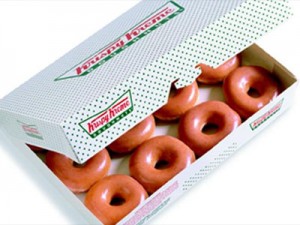 Some fun facts about a dozen glazed Krispy Kreme doughnuts. They contain about 2400 calories (1200 fat calories), 144 grams of fat, and 120 grams of sugar. And the number of calories eaten on the day of the race is enough energy to power a 60 watt light bulb for over 125 hours. So, the question becomes, how long do you think it would take you to down a dozen doughnuts in the middle of four miles of running? The 2009 champ did it in just over 28 minutes.

Secondary contest: how long before you have to run to the bathroom afterward?