Media > Movies > The Lone Ranger Has a Trailer

The Lone Ranger Has a Trailer 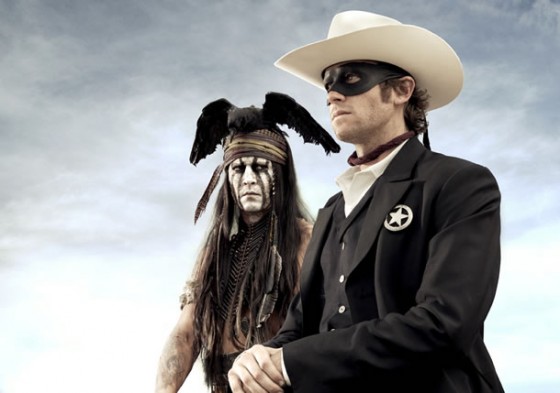 Uh oh, Johnny Depp is in cooky makeup again, this time playing Tonto, loyal Indian friend to Armie Hammer’s (The Social Network) masked crimefighter in The Lone Ranger. And is that a live or dead bird on Depp’s head? I hope it’s alive, because it would be bitchin’ to see it take off and attack bad guys, like that mechanical owl in the original Clash of the Titans. Anyway, the first trailer doesn’t reveal a whole lot of details, but I’m guessing it has something to do with a train.