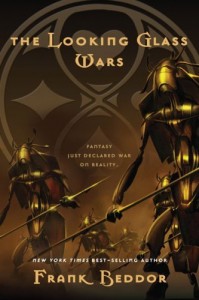 Did you ever read fairy tales when you were a kid and think to yourself, “Man, how awesome would this be if Snow White pulled an Uzi and started laying waste to people?” No? Well we did, and apparently so did Frank Beddor, the author of ‘The Looking Glass Wars” and the two sequels ‘Seeing Redd’ and ‘Arch Enemy’, which was just released this year.

The first book in the series took Beddor five years to write and then was rejected by pretty much every publisher. We have to imagine that it was hard for him to sell the publishers on the fact that the books were going to be a re-imagining of Alice In Wonderland.  In Beddor’s story though the Mad Hatter is a bad ass bodyguard and the Chesire cat is now an assassin hunting down Alyss because of a war which breaks out in Wonderland and not a cute war either. 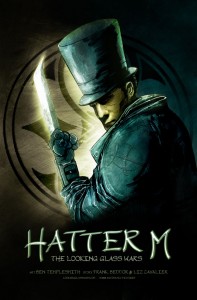 Apparently book publishers don’t know a good thing when it kicks them in the ass but eventually he got the book published and it became a smash hit. The first two books spent a combined 31 weeks on the New York Times best seller list and were a welcome change from whatever boring pile of crap Oprah was shilling on her show. The series was so popular it also spawned a graphic novel ‘Hatter M’ which followed Hatter as he searched London for Alyss. 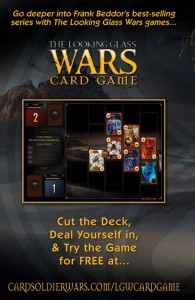 If you haven’t gotten around to checking out the books don’t worry, a film based in the books is on the works, and we know you’re functionally illiterate anyways. Beddor will be producing it with Charles Roven who brought us some movie called ‘The Dark Knight’ which we understand was pretty popular. But apparently writing hit books, producing movies and dating hot chicks (we hear) aren’t keeping Beddor busy enough, because he’s also developed a card game based on the books kind of like the Magic games but with 50% less nerdiness.

In order to help promote the new books, we have a copy of both LGW: ArchEnemy and Hatter M: Vol. 2 for one lucky Gunaxin reader. They look like this : 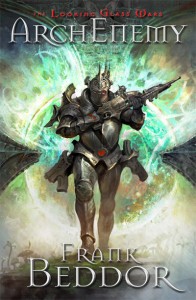 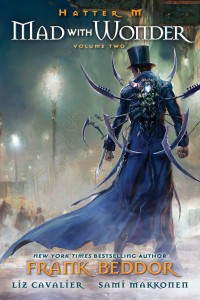 Below is some of the art from the books, and be sure to check out our Six Question interview with Frank Beddor :