Sports > Football > The Madden Curse: It is Real

The Madden Curse: It is Real

Back in 1988, John Madden teamed up with Electronic Arts to create the game that changed the way people played video games. It invented a whole new way to enjoy football. Albeit it was on MS-DOS back then, it was still the best thing you have ever seen in 1988 as far as NFL games go.

27 years later, and 29 game titles following the original, the Madden franchise is still the most dominate sports video game in the world. In 2015 alone, it sold nearly $5.5 million worldwide, $4.7 million in the United States. And that was a slow year for the franchise. 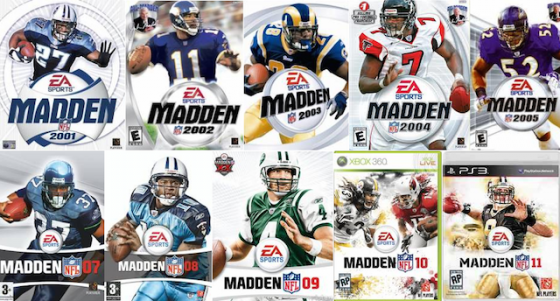 But the success of the franchise is not all fun and games.

With the announcement this past week that Odell Beckham Jr would be on the cover of Madden 16, we thought it would only be fair to take a look back at the Madden Curse that has never been broken, no matter what anyone says. It began in 1995, the first year Madden was able to use actual player names and team logos… 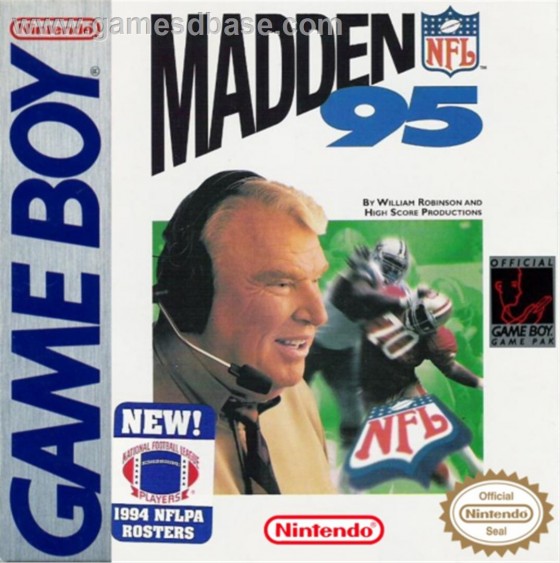 Many people claim it was Garrison Hearst that started the curse but in reality, the first cover that featured any players was Madden 95. Erik Williams, a three time Super Bowl champion Tackle for the Dallas Cowboys is the first victim of the curse.

Madden 95 was released in November of 1994 but the cover was already produced, shot, and ready to go in October of 1994. That’s when Erik got into a one-car accident that was so serious, he missed just about the entire 1994 season. Prior to the car accident, he was heading towards becoming one of the all-time greats at Offensive Tackle. He came back from the injury but never was the same. 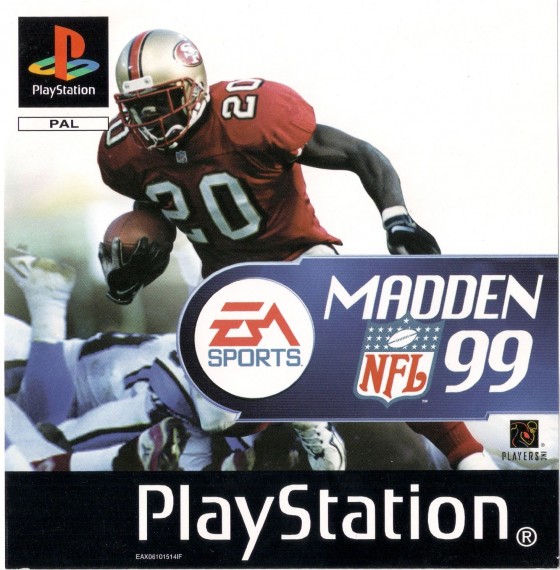 It took him a few seasons but he finally arrived.

But then during the 1998 Divisional playoffs, on the first rush attempt of the game, he got his foot caught in the turf in Atlanta and broke his ankle. It was so horrific that his NFL future was all but over. During his surgery, he also had severe issues with blood clotting and the NFL was even further out of reach. He missed the 1999 and 2000 seasons. 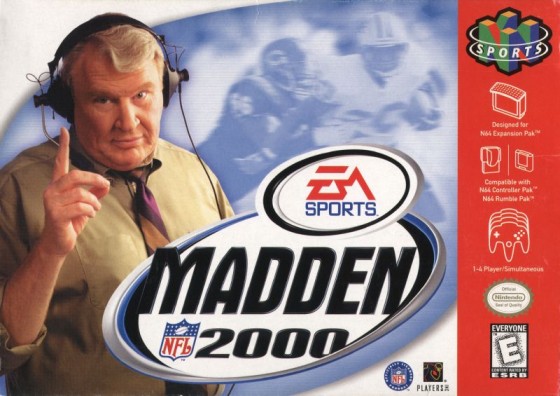 In 10 seasons, Barry Sanders became one of the greatest NFL running backs in history of the sport. He gained 15,269 rushing yards and scored 99 touchdowns. He was healthy but stuck on a very bad Detroit Lions club that did very little to help build around him and try to win a Super Bowl.

So in 1999, he retired from the game. It was not expected and when he made the announcement, it shocked the NFL community. He was a future Hall of Famer that decided he would just up and leave. After he was on the cover of Madden, which came out in 1999, he never played another down in the NFL. Ever. 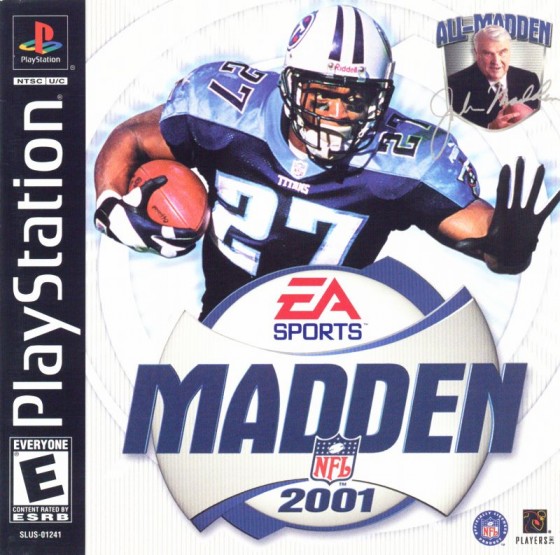 If there was ever going to be a player that could break the curse, this is the one. Eddie George became a reliable elite running back for the Titans where he rushed for more than 1,200 yards a year, each season, for the first four years of his career.

The curse is not always about the stats, it can reach players at the worst time. Yes, his numbers were decent but he never surpassed the 1,200 yard mark again. But it was the playoff game against the Baltimore Ravens when Eddie George could not hold on to a pass and it ended up in the hands of Ray Lewis, which he then went 50 yards for the score to secure the win.

Did we mention that the Titans were 13-3, the Super Bowl favorite, and Eddie George rushed for over 1,500 yards that season too? That was the best season in his career but all for nothing because he dropped an easy pass when it mattered most. 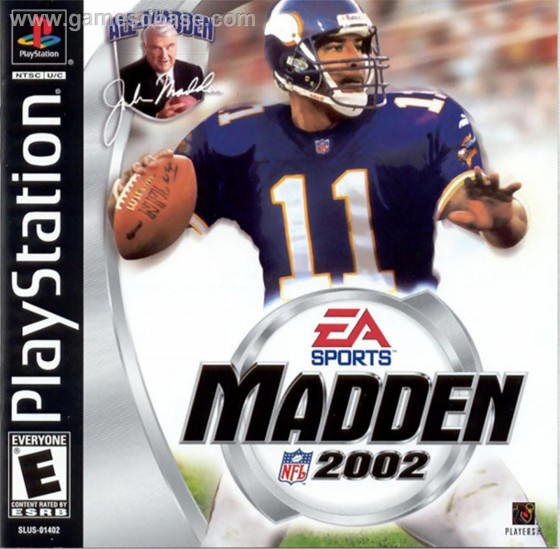 During the 2001 season, Daunte Culpepper struggled and eventually hurt his knee during a game against Pittsburgh which made him miss the rest of the season in which Minnesota finished 5-11. Then he spent 2002 throwing more interceptions than TDs, 23 picks to 18 touchdowns. 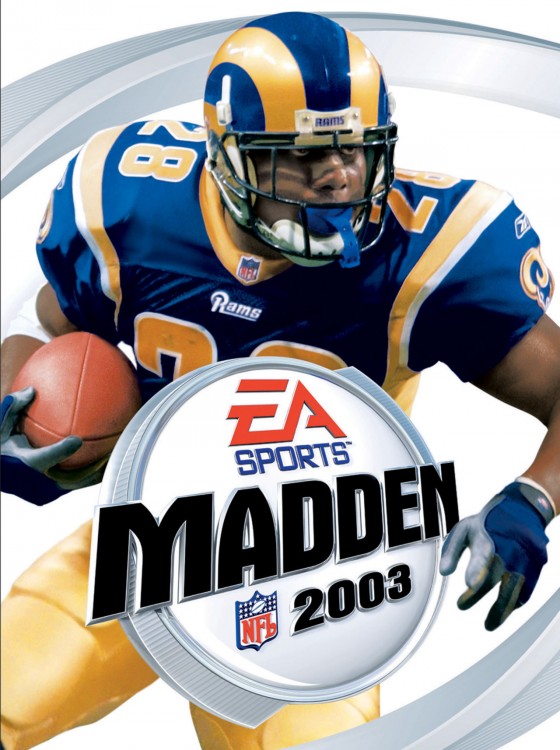 The Madden Curse is a curse that might get you the same season or the next.

Or in the case of Marshall Faulk, it could even cause the decline of one of the best running backs in the NFL. He rushed for over 1,000 yards for seven of the first eight years of his career. He had four consecutive seasons of more than 1,300 yard rushing up until 2002.

After the Madden 03 cover, he never reached 1,000 yards again and only played another four years before a knee injury forced him to retire in 2006 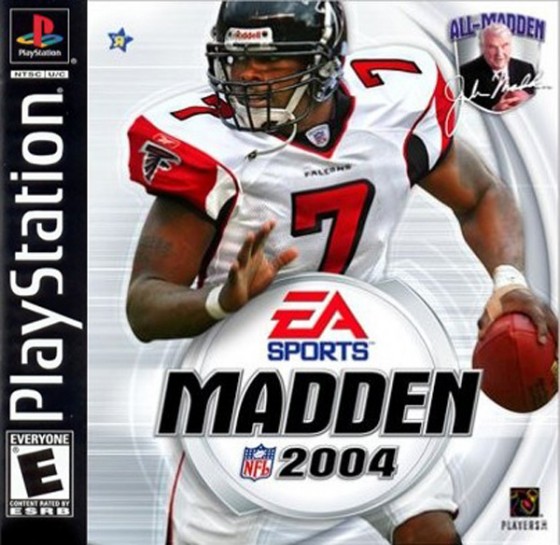 For the first time since Madden was released in 1988, the athlete on the cover missed the entire season following its release.

Michael Vick missed the first 11 games of the 2003 season after tearing his right fibula in the preseason. He bounced back in 2004 though and proved that even though the Madden Curse took him out the same season, he could come back.

Oh wait, then he went to prison in 2007. The Madden Curse had to put him back in his place and remind the rest of its power. 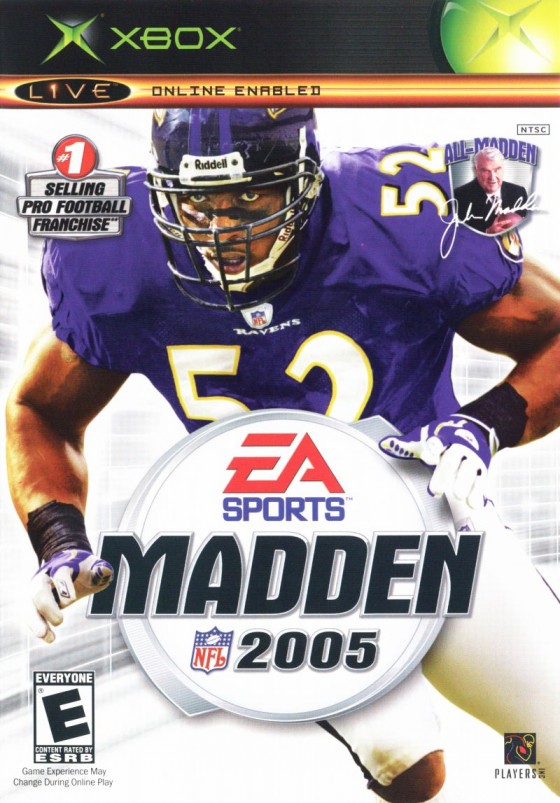 In 2004, Ray Lewis had zero interceptions and the Ravens failed to make the playoffs. He did register 100 tackles but only had 1 sack. It was not the best season for the best MLB in the NFL. Then in 2005 he tore his right hamstring during Week 6 and ended up missing the rest of the season. He was placed on injured reserve, the only time ever, in his career. 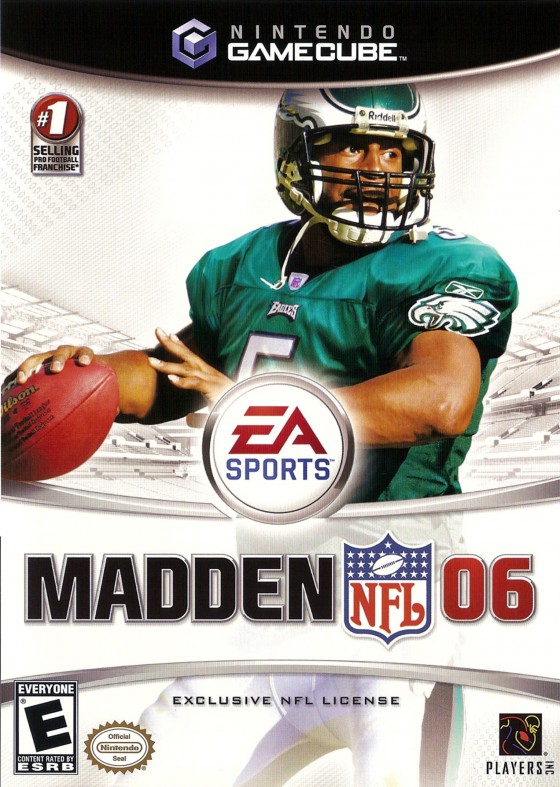 Are you tired of hearing about the curse yet? Have we convinced you that it is real or are you still doubting its’ power? During both 2005 and 2006, Donovan McNabb ended the season’s on injured reserve. The first year was for a severe groin injury and the next was a torn ACL. 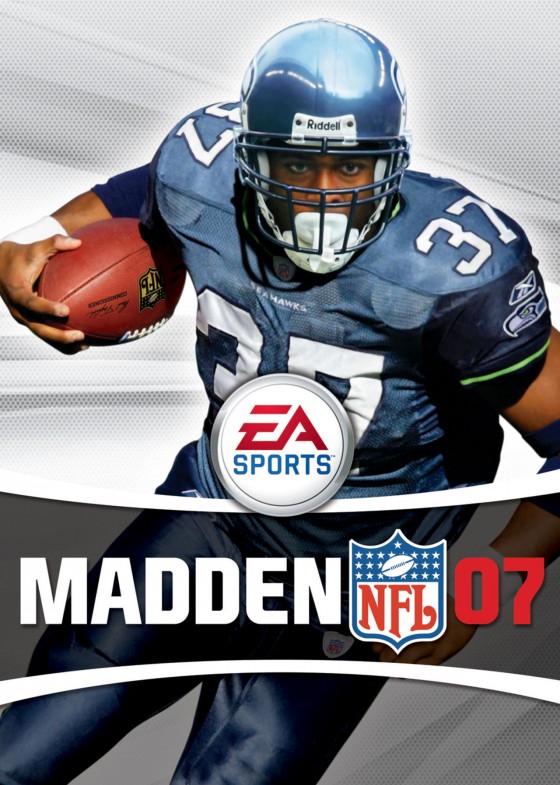 Prior to making the cover of Madden 07, Shaun Alexander never missed a single game in the previous six seasons. Not to mention, he rushed for an amazing 1,880 yards in 2005 with 27 TDs. Fantasy football fans loved him. Seattle fans loved him. He was on his way to greatness.

Then he was put on the cover of Madden and all hell broke loose. Not only did he just sign the biggest contract by a running back in NFL history just earlier in 2006, but he broke his foot in week 3 putting a dent in his perfect performance record and stopping him from reaching 1,000 yards rushing.

It didn’t stop there. He fractured his wrist in 2007 during week 1. In week 9, he sprained his knee and his ankle. He was eventually cut from the roster in 2008. 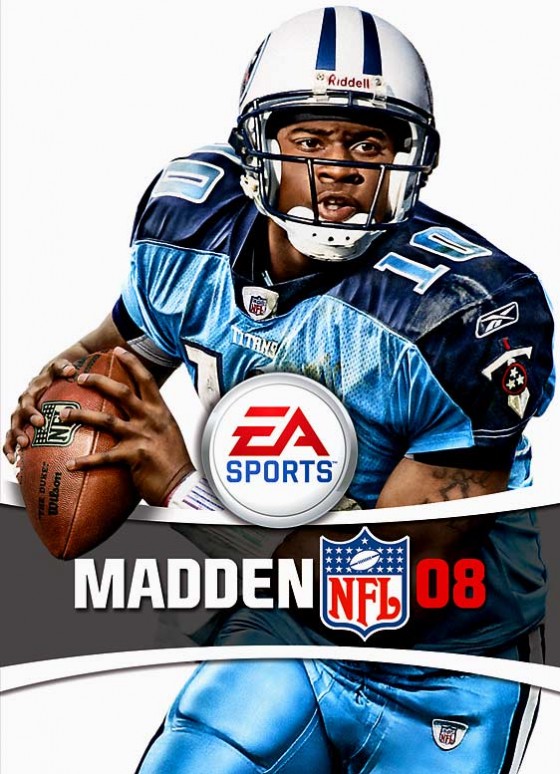 2007 was the year Vince Young probably wishes he could have back. It started off during preseason when he broke one of the team rules and had to apologize just to be allowed to play the next week. In week 6, however, the injury to his quads really started to affect his running form, which made him such a good QB.

Then he hurt his knee in 2008 and lost the starting job to Kerry Collins and had to earn his job back. The once promising career took a sudden stop at bad luck town and his career became a joke as teams signed him to be a backup for one season. Sometimes less. 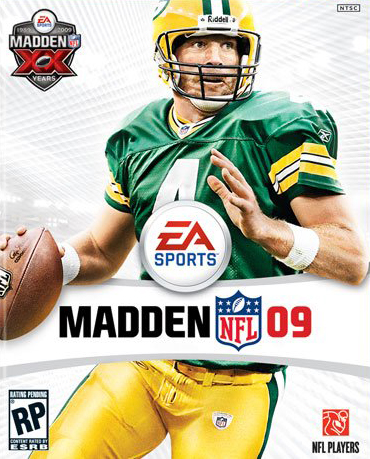 For what it is worth, Brett Favre is one of the best QB’s the NFL will ever see. His overall production combined with his ability to win games made him great. However, the whole retirement battle he was forced into almost every season began in 2007. It was followed with the announcement of him being on the cover of Madden 09.

The legendary Green Bay Packers QB was then traded in 2008 to the Jets. And we all know what happened in New York, right Jenn Sterger? It wasn’t just the trade or Sterger saga, he also injured his shoulder that year which would be the real reason he eventually had to retire two seasons later.

It also was the first time a Madden game was released with the cover athlete already playing in a different uniform. 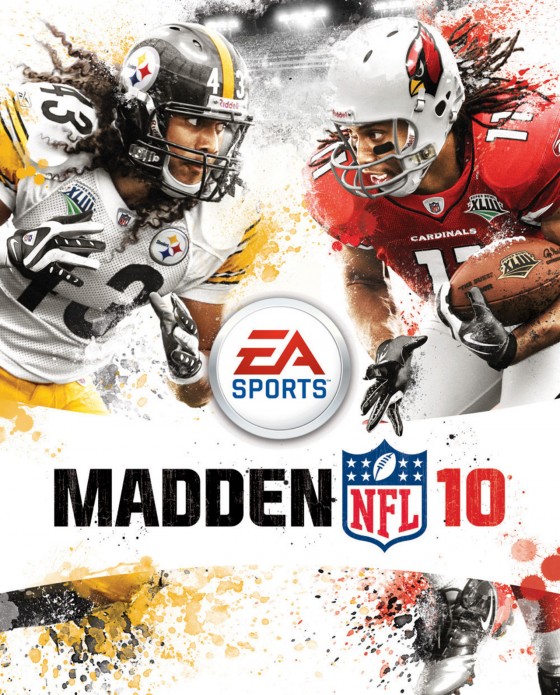 Larry Fitzgerald was also on the cover but the Madden Curse does not always hurt all the players on the cover. So he gets a pass. But the Madden Curse is still very much alive as Troy Polamalu felt it during Week 1 of the 2009 season when he tore his MCL, missed a few games, came back for a few weeks before injuring his PCL and missing more games. It marked the first time in his career he missed more than five games in a season due to injury. 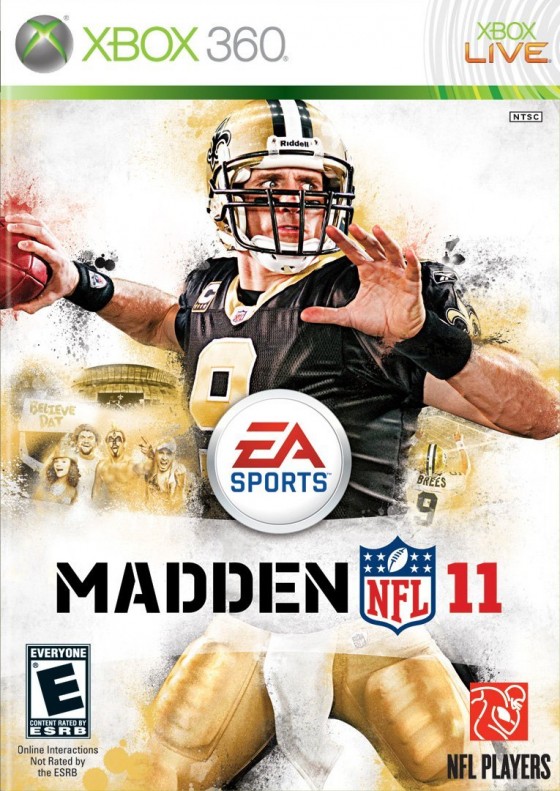 The New Orleans Saints won their first Super Bowl in the 2009 season when they beat the Colts in Super Bowl 44. Drew Brees then became an American hero. His face was everywhere, including the cover of Madden 11.

The 2010 season wasn’t horrible. Drew still threw for 4,620 yards and led the Saints to an 11-5 record. But because they did not win their division, they were forced to travel to Seattle where the Seahawks won the NFC West with a 7-9 record, the first time in NFL history that a team with a losing record made the playoffs.

Needless to say, the Saints were 14 point favorites going on the road and everyone expected this to be a Drew Brees show. That’s when Marshawn Lynch made NFL highlight history with one of the single greatest runs for a TD you will ever see to upset the Saints and Drew Brees. The Madden Curse lives on… 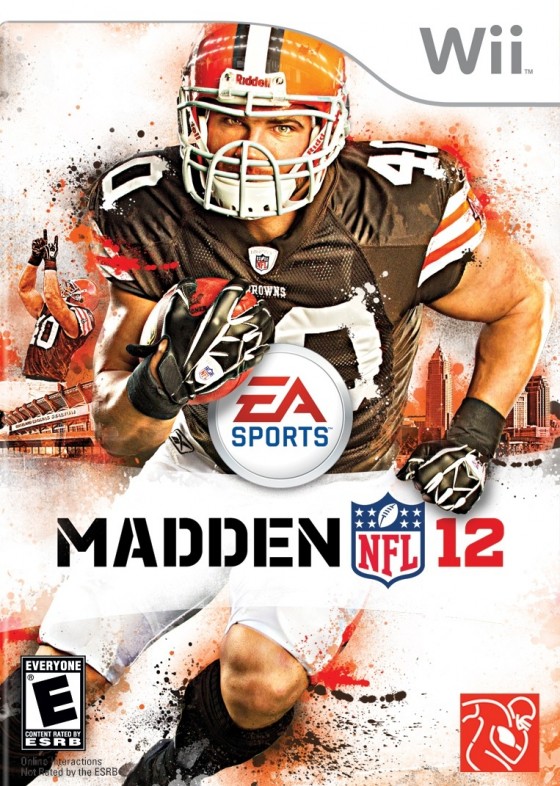 Peyton Hillis is still one of the most baffling choices for the cover of Madden. He only had one good season of more than 1,000 yards rushing and the sports world went nuts over him.

After making the cover, he began having contract disputes and hamstring injuries, which ended up plaguing him every year after that. The NFL saw what he could do in 2010, and The Madden Curse decided enough was enough. 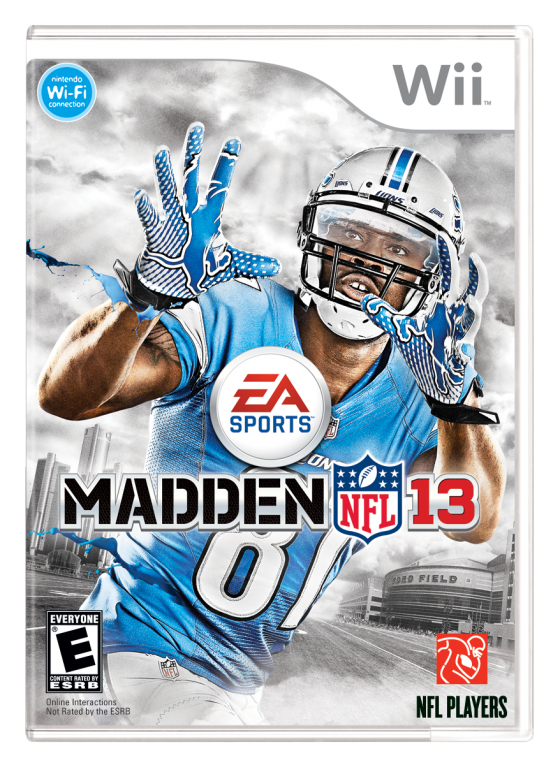 Finally, the Madden Curse is broken! And only after almost 20 years.

The Detroit Lions, however, finished 4-12 that season and ended up tied for the worse record in the NFC. They also missed the playoffs in 2013, it was the Madden 13 cover, when they finished the season losing six of their final seven games.

In 2014, Calvin Johnson battled multiple injuries and finished with 1,000 yard receiving but he was second behind Golden Tate and it was the second straight season his numbers declined.

THE MADDEN CURSE ISN’T DEAD FOLKS, IT FIGHTS ON… 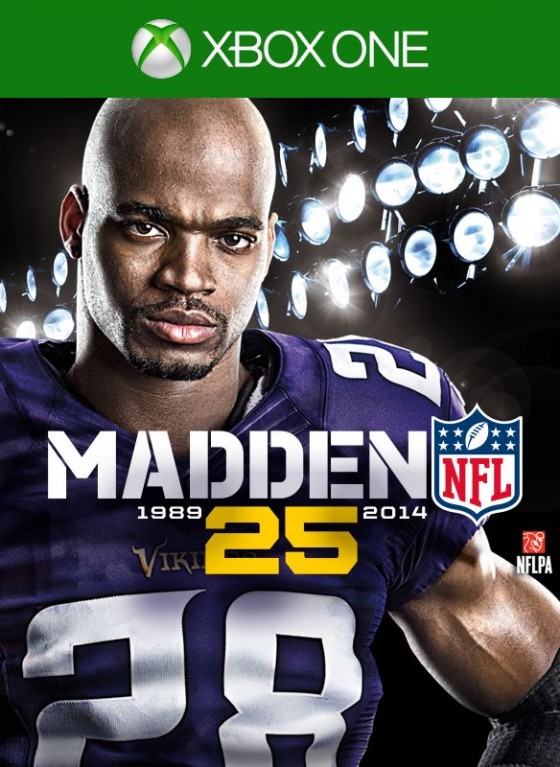 Adrian Peterson suffered with an annoying foot injury in 2013 but still finished with 1,266 yards rushing. But then, if you read the news and follow sports then we do not have to explain what occured in 2014, Adrian Peterson was suspended for the year in 2014 and his future in the NFL is still unknown.

He was reinstated but where he will play remains to be seen. The Madden Curse took down one of the best RBs in the NFL so do not even think about claiming it is not real. 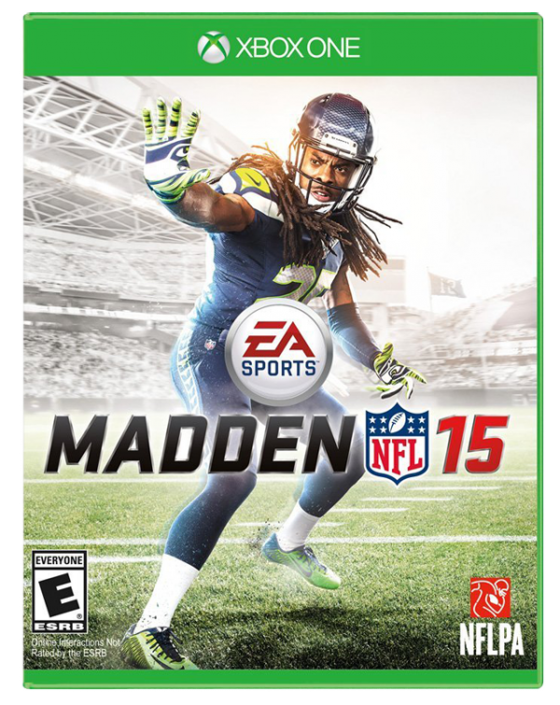 Richard Sherman did not get injured, he did not miss any games, and he ended up going to the Super Bowl for the second consecutive season. However, his interceptions dropped from his normal 8 to 4, which is huge for an elite DB in the NFL. And then came the Super Bowl which the Seahawks defense, which Sherman always considered the best ever, blew a 10 point fourth quarter lead.

Seattle had a chance to win it all but decided not to run the ball at the Patriots one yard line with the running back known as “The Beast”. They made one of the worse play calls ever and ended up throwing an interception to seal the win for the Patriots. The Madden Curse affects the player and his team. It does not care, it will take you out. 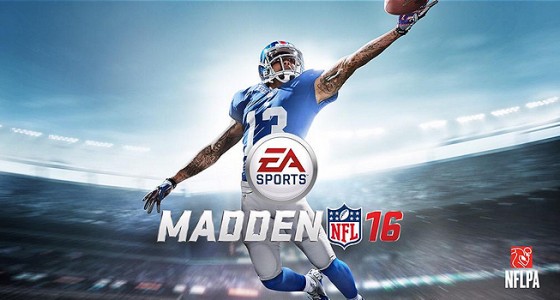 To Be Determined… but we have a good feeling the Madden Curse is coming for ODB.