Humor > Lists > The Most Bizarre of Spider-Man’s Baddies

The Most Bizarre of Spider-Man’s Baddies 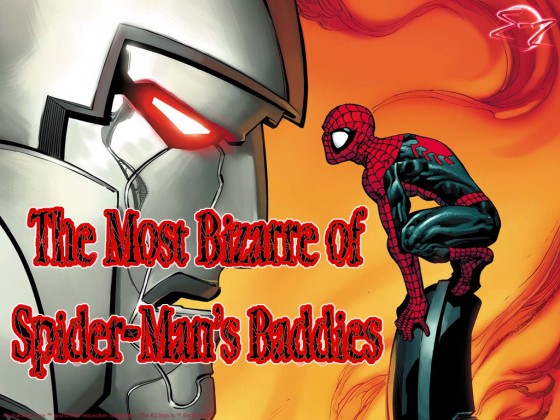 Recently we covered a solid Top Fifteen list of the most ridiculous of Rogues Galleries with a look into Batman’s Enemy Files. And as funny and just plain sad as that group is, it seems that the poster child for the opposing comic team, Marvel, has a pretty solid list of his own. That’s right: Spider-Man. Good old Spidey has been around since the early 60’s and has done a fine job of amassing quite the collection of equally as dumbfounding do-badders as well. No matter what you might think of DC and their perpetually high-on-peyote writing staff, Marvel has knocked back a few spiked mixers as well and it’s made all the more apparent by this run down of ten of Your Friendly Neighborhood Wall-Crawler’s fiend folio. Enjoy! 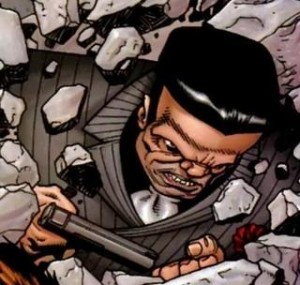 An excessively shitty amalgam of a Dick Tracy villain and something out of The Godfather, Hammerhead is a foe with close ties to the Marvel Universe’s answer to a New York mob crime syndicate called The Maggia. That in and of itself isn’t particularly stupid, but what is is the fact that this fella, due to an ‘accident’, has had a metal plate surgically implanted into his skull making his head look like and Interoceter from the MST3K Movie. Nicely done. 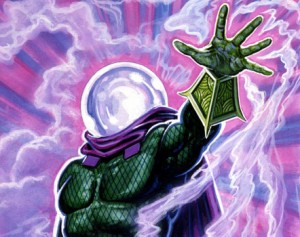 Nothing, and I stress ‘nothing’, screams criminal mastermind like some douchebag wearing a toy Space Helmet. Even more so is the story point that this cat has been re-made thrice! Three different morons (Quentin Beck, Daniel Berkhart, and, apparently, a zombified Beck) have donned the opaque fish bowl, each with a slightly different set of abilities, though always relying on the fine art of subterfuge and making folks believe shit that isn’t real. A fish bowl? Really? 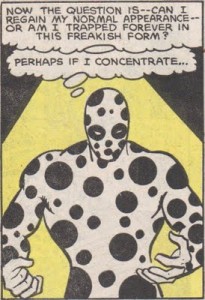 When it gets down to futzing with different dimensions and their effect on the folks who open portals to them, you can either have very well written stories (like a few Dr. Who’s) or you can create a lame-ass bad guy like spot. You see, Dr. Jonathan Ohnn was attempting to perfect a way to transport Negative Space (or Dark Space) like the hero Cloak has access to when he accidentally stepped into one of his cartoon-like black disks ending up in an in-between dimension. And, of course, once aware he now had been coated in portable space-hole spots, he figured he may as well fight Spider-Man. Why not. 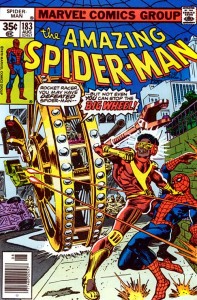 I have to laugh every time I see a hero or villain with a name that fits so perfectly in the costume, machine, or position he or she takes in the world. Jackson Weele (HA!) is exactly one of those people. It only made sense for Weele (HA HA!) to associate with the Tinkerer whom he asked to build a gigantic wheel complete with weapons and armor. Really, there’s nothing less conspicuous than a gigantic metal wheel tooling around the city wreaking havoc. Nothing. 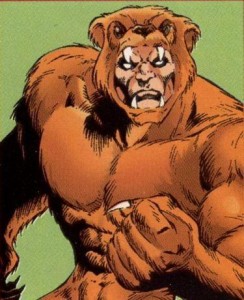 Oh. I guess I have to run in abject fear now. A dude dressed like a pissed-off Care Bear is heading this way. Let me get my shoes. Though Grizzly is a name shared by numerous Marvel villains, the goofiest has to be Spidey’s own. A fella named Maxwell Markham found a bear rug or quite possibly a used Furry outfit or something and put it on, viola: stupid-ass bad guy. 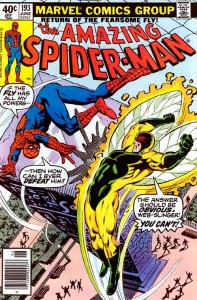 The roster of insect-themed super folks was pretty much filled in. Wasp, Killer Bee, Killer Moth, Scorpion (yeah, I know it’s not technically an insect), Ant Man… they all had takers and relatively successful performers. A fly, though… not so much. Richard Deacon was wounded and rather than seek medical attention, stumbled into a mad scientist’s lab and forced the poor doctor to heal him. Oh, he healed him alright: with FLY DNA! Ha! Sucker.

Hypno-Hustler and the Mercy Killers 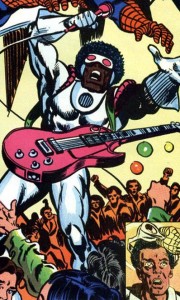 Wow, that would be a kick ass name for a band! No. No it wouldn’t because that’s exactly what it is. You see, Hypno here has roughly the same incredibly lame powers as the Music Meister from Batman The Brave and the Bold. That is to say, with his hypnotic and possessive singing voice (with assistance from his back-ups) he is able to bend wills to do his bidding. When I break into any Boston solo, I can pretty much do the same thing. 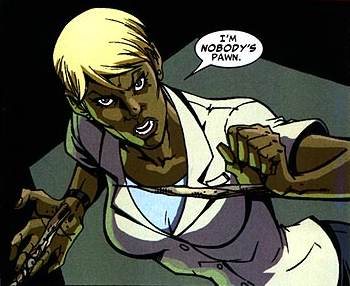 This entry has toppled over onto the side of more disturbing than outright stupid. Check it out for yourself: (Wiki) – “During the events of The Other, Spider-Man died fighting his enemy Morlun. However, his body was later discovered as sack of skin; Spider-Man had shed his skin and had retired to a ‘cocoon’ under the Brooklyn Bridge, which he later emerged from, completely healed of his prior wounds. Thus, Spider-Man had ‘conquered’ death.” No, no, there’s more… “A being composed of pirate spiders first seen in The Other, disguising herself as a human woman, she met Flash Thompson and developed a fixation on him.” I swear I didn’t make this up. WTF! 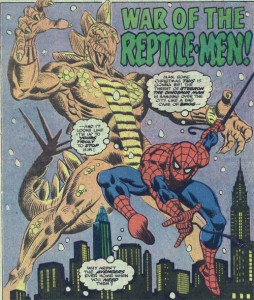 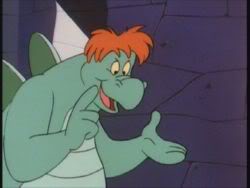 Remember back in the early nineties during the run of that classic Disney toon, Darkwing Duck, there was a group of Superheroes calling themselves the Justice Ducks? Right, and the one non-fowl related hero was a dude who looked like a dinosaur named Stegmutt? Yeah, same fucking lame ass character. I swear.

Yeah, that’s an actual word. My spell-check says so. Evidently it means, ‘one who dresses in tattered clothes’. Go figure. Anyway, as borderline insane supervillains go, this guy is right up there. As a former uber-rich investor, Arnold Paffenroth became a street urchin given a special outfit that granted him the ability to burn his target’s money rather than steal it. It’s like reverse lottery. Only stupid as hell.