The Most Ridiculous G.I. Joe Figures

I was a huge G.I. Joe fan. In fact, I’m pretty sure I had well over a hundred figures and maybe half that many vehicles and I would play the HELL out of those things. The original 3.5 inch figures were released n 1982, so that would have made me 8 and just the right age for wanting every single one of them. No, I don’t remember all of the figures I had, but what I do recall is that for every Storm Shadow, Snake Eyes, Flint, and Scarlett, there were an equal number of completely bizarre and “What-the-Hell-were-they-thinking” figures just like the ones below. Enjoy the reminiscing.

According to his File Card: “Dee-Jay was the baddest, hottest disc jockey in Boston before he signed up for the Battle Force 2000 Team”

I’m not sure where to begin on how much sense that sentence doesn’t make. 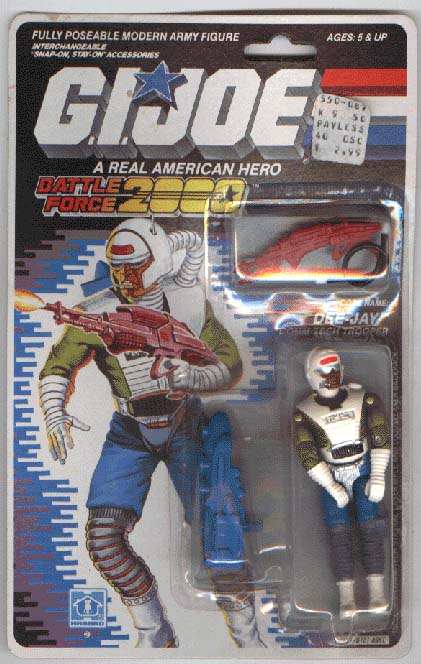 According to his File Card: “Muskrat… was able to hold his own against poachers, ‘gator skinners, moonshiners, escapees from the chain gangs, and smugglers.”

Where the hell was this guy hanging out? Also, I can’t help but think of the Captain and Tennille song whenever I hear this guy’s name. 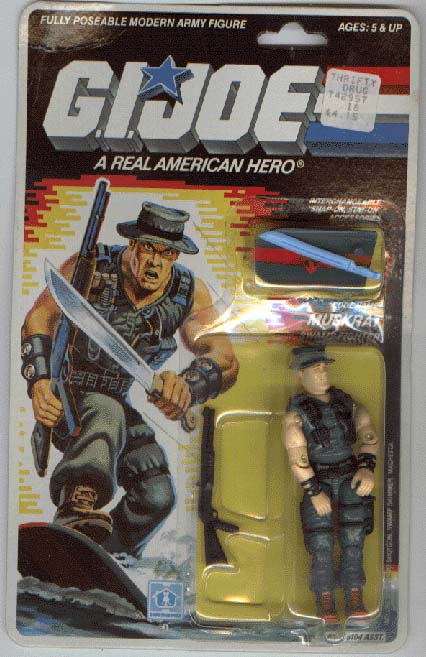 According to his File Card: “Footloose… was standing on a boardwalk in Venice (FL) pondering something cosmic when the utter pointlessness of his existence hit him between the eyes like a runaway freight train.”

No. No I am not making that up. I had no idea Kafka was on their payroll.

Here’s the original Footloose ad for ya featuring a kid with quite possibly the shrillest vice on Earth.

According to his File Card: “Other aspects of their training include airborne operations under arctic conditions… and the use of snowshoes, skis, and kayaks.”

Really? Kayaks? Also I was under the impression that G.I. Joe/Cobra troops were immune to cold weather since these guys and maybe Snow Job are about the only soldiers to actually dress for adverse climate conditions. Not very bright, those guys.

This is the commercial for the Snow Cat, but you get the idea about only a few characters in coats.

According to his File Card: “Amiable and slow-talkin’, he fancies himself a Country Western singer.”

Slow-talkin’. Yeah, I guess he could fit the Country Western mold.

Here’s an ad featuring the Dragonfly, Wild Bill’s copter. Ya know, despite Wild Bill’s epic failure as a character, those vehicles look like fun eve now.

According to his File Card: “…having made himself a pariah in his hometown by the age of sixteen…”

Sweet Lord, now that’s how you screw up like a champ! And, just in case you aren’t looking closely, Monkeywrench is Snake Plisskin.

Not a Monkeywrench ad, but it is for his organization, the Drednoks. And they were pretty lame, too.

According to his File Card: “Spirit comes from a family so far below the poverty line that they never realized they were poor.”

Then they bought a casino. Could this guy be any more stereotypical? No. No he couldn’t.

Please, pay attention to this PSA. Your life depends on it!

According to his File Card: “Ganwgahyde won’t bathe for a month before he goes out into the bush…”

Another in the Dreadnok ads. No one specific, but still pretty silly.

According to his File Card: “He could have even higher rankings if he didn’t spend so much time working on his chopped pan-head Harley and listening to Heavy Metal.”

Don’t you just love how they make an otherwise throw-away character seem human and cool? 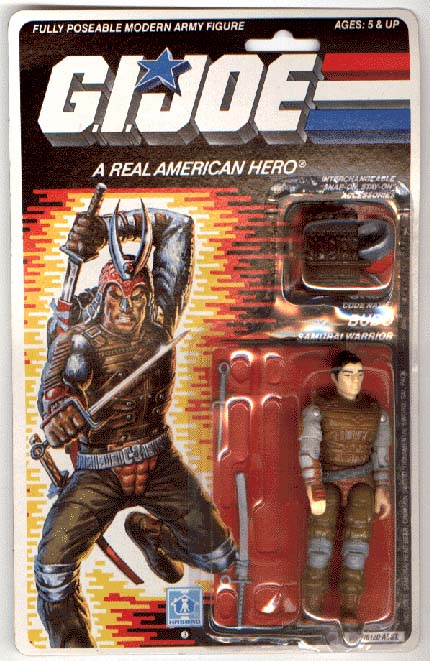 According to his File Card: “Raptor was a Yuppie tax consultant who took up falconry as a past time...”

I can’t even count how frequently this happens.

Here’s the Falconer from SNL because it’s almost as funny as the Cobra guy there.

According to his File Card: “Croc Master, a former alligator wrestler and burglar alarm salesman.”

Perhaps the most random collection of words ever assembled.

Though this guy reviews toys about as excitedly as a blind monk, it is about Croc Master.

According to his File Card: “Major Bludd writes poetry…” Oh, and his name is Sebastian. Ooooh, scary!

Hey, at least his name is a descriptive adjective and a noun. That’s cool.

According to his File Card: “Cobra doesn’t use torture to interrogate their prisoners, when Crystal Ball is having one of his good days, they simply don’t need to.”

According to rumor, those words along with the rest of the card and the actual character were inspired by an idea from the King family… as in Stephen King. That explains it. 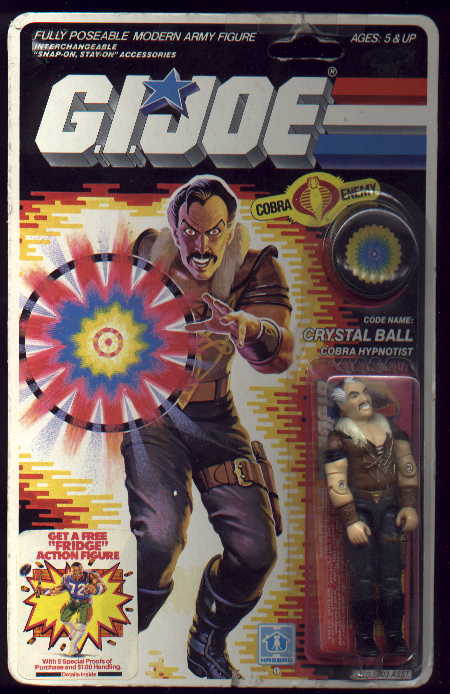 According to his File Card: “The G.I. Joe obstacle course consists of only one obstacle: The Fridge.”

See cause he’s the size of a fridge, and all.

Football on a chain? Oh you know it!

According to his File Card: “Dr. Mindbender was at one time an excellent orthodontist and a very kind and honest man.”

And then he became the champion of the Gay Pride Parade.

I guess this is pretty clever.

According to his File Card: “His favorite past time is marching over the boys backs while they do finger push-ups.”

And after this he became an exceptionally shitty wrestler. Or maybe that was first. Who cares.