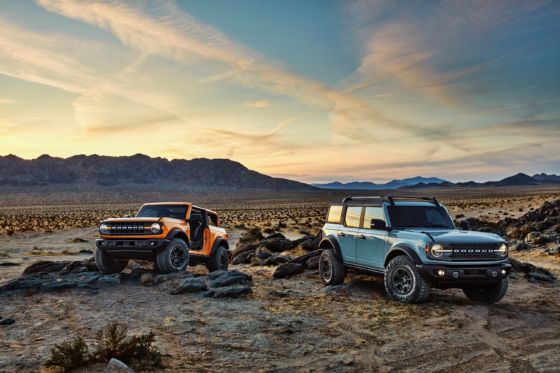 We’ve been waiting for a long time for the new Ford Bronco to be revealed, after it’s been rumored and teased for several years. It has been well worth the wait though, as the Bronco is now public and Ford has done a spectacular job.

From photographs and tech specs alone, it looks like everything we could have dreamed of. Let’s just say we might be putting down a deposit tonight for this Two-Door beauty, because DAMN! 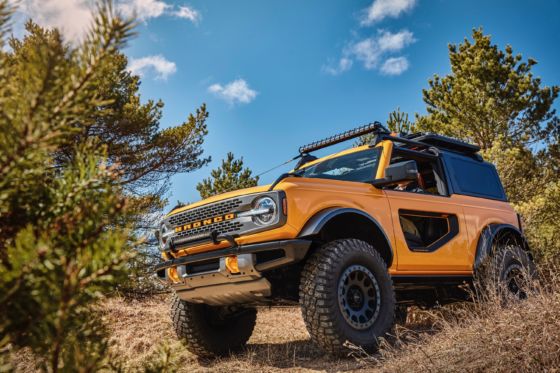 Apparently that is a prototype in the photo, obviously equipped with some accessories, some of which aren’t available directly from Ford. So we’ll have to do a bit more research to fully understand the different series packages that are offered. This BADASS rig is the Black Diamond Series in Orange Metallic Tri-Coat (but that looks very yellow to us) with the Sasquatch™ off-road package. There are 7 variations of the 2-door model alone, so it appears that they are trying to make a Bronco for nearly every buyer. 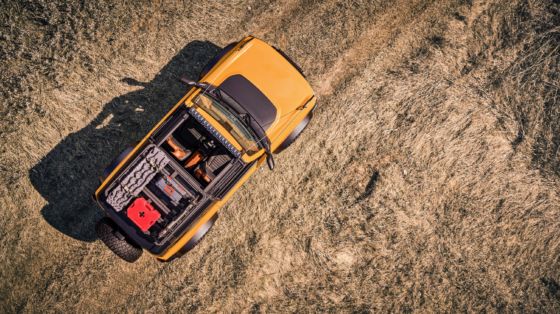 The all-new Bronco re-enters the scene with an all-4×4 lineup with production beginning in early 2021 and first models arriving in Ford dealerships next spring. Bronco owners can choose from an extensive lineup of more than 200 factory-backed accessories for maximum personalization, enabling dealers to provide outfitting-on-demand for each customer’s individual adventure needs.

Check out the photos below of the 2-Door (our favorite by far) and 4-Door model. We didn’t include the Bronco Sport in this feature, but that is also being revealed tonight. 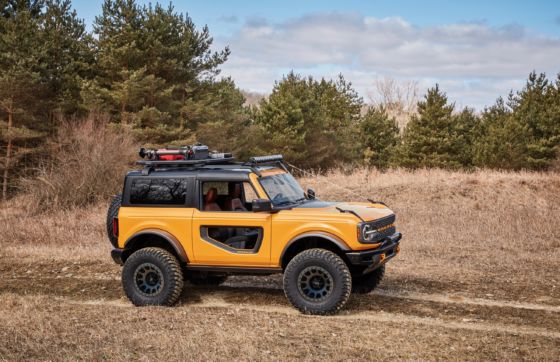 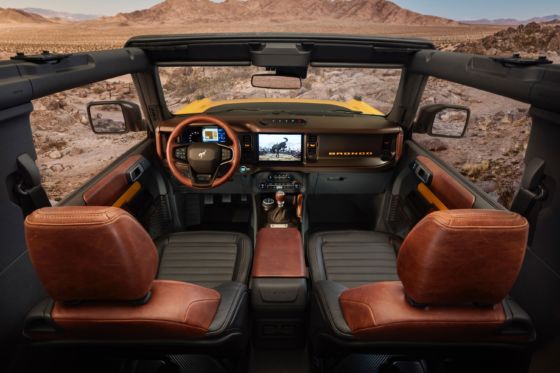 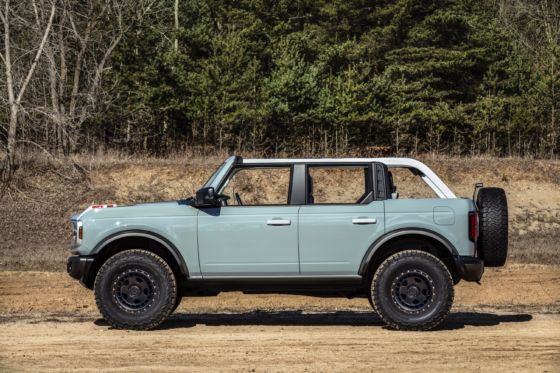 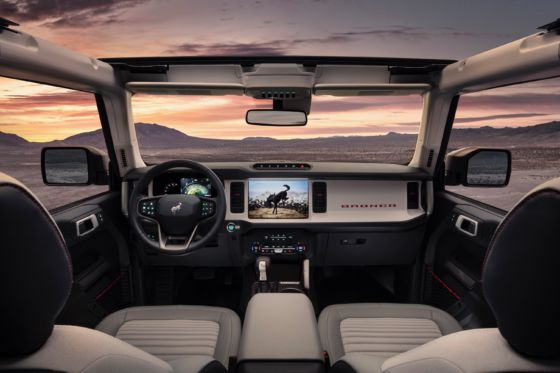 Here is much more detail about the new Ford Bronco from our friend Tim Esterdahl at Pickup Truck + SUV Talk :