The New Features of MythTV .22 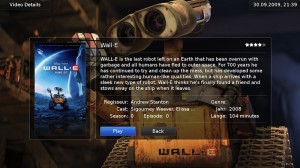 The new version of MythTV is right around the corner (Release Candidate 1 is out now), and there are quite a few new features.  So, we thought we’d take a look at some of the features that make this one of the best new releases yet, stuff like the new UI, HD capture, and hardware video acceleration. For any of you who don’t know, Isaac Richards started MythTV in 2002 to create the “Mythical Convergence Box” that allows you to capture and watch all your media in one place. Since then, MythTV has grown into a top of the line DVR with several great features that the commercial software can’t match.

The most prominent new feature is it’s updated User Interface with the two biggest pieces being MythUI and Jamu. MythUI is a new user interface library that’s much more feature rich and flexible. Some of the new features of MythUI include:

For more information check out our previous article about MythUI (or the Wiki Page), it was written back in June so the screen-shots are a little dated but it it goes into more detail about what’s possible. 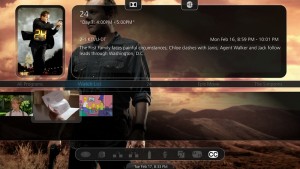 The next big new feature of the UI is JAMU (Just Another Metadata Editor), which is a utility to download data about your videos and recordings. That might not sound like it has much to do with the User  Interface until you consider that it also downloads images such as fan art, screen-shots and covers. It can turn a plain layout into something that looks like the 24 image to the left or the Wall-E image at the top of the page. JAMU can really make a difference in the look and feel of the Interface.

The next few features have to do with HDTV, recording it with the Hauppauge HDPVR and playing it back with NVidia’s VDPAU. 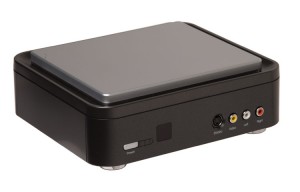 One of the biggest obstacles to using an open-source PVR is finding a way to record all of your channels in high definition. The studios insist on encryption and don’t seem to realize that it only gets in the way of their paying customers, the pirates don’t have to deal with it. Sure you can record your local broadcast channels from an antenna (which is usually higher quality than cable or satellite HD) or any digital channels that your cable company sends out in the clear. If you’re lucky you might get some of your basic cable stations such as TNT, but certainly not HBO. Those encrypted stations is where the HDPVR comes in. The HDPVR can record an HD signal from the component output of your Cable/Satellite STB and output H.264 video via USB. Because the signal is re-encoded instead of being captured in it’s original form, it does lose a little quality, but I haven’t been able to tell. 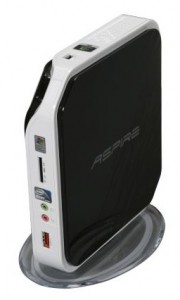 The other problem with the HDPVR is that it’s recordings require a lot of CPU power to play back, a 3Ghz Core 2 Duo is recommended for the high quality settings. That is unless you have an NVidia video card capable of VDPAU. VDPAU is NVidia’s library for accessing it’s Purevideo HD acceleration in Linux. It allows MythTV to offload most of the video decoding of MPEG 1 and 2, H264, VC-1 and WMV  (and MPEG-4 if you have a 200 Series card) to the GPU allowing even low powered machines to playback HD video. VDPAU is supported on most Geforce 8000+ cards, a full list is located on the VDPAU page on Wikipedia. Another new technology that NVidia announced recently is ION. ION combines Intel’s low power atom processor with a VDPAU capable 9400M GPU, which is the perfect option for a dedicated MythTV Front-end machine.

These are just a few of the many new features of MythTV .22, such as Automatic Prioritization, and a great new iPhone layout for MythWeb (MythTV’s web-based scheduling app). Check out the Wiki page to see all the new features.

With the release of MythTV .22, I plan to replace my old back-end with my more powerful but loud front-end machine. I can then pick up an Acer Aspire Revo to mount on the back of my TV in the living room, and save a lot of energy in the process.