By Scott Tunstall on September 8th, 2010 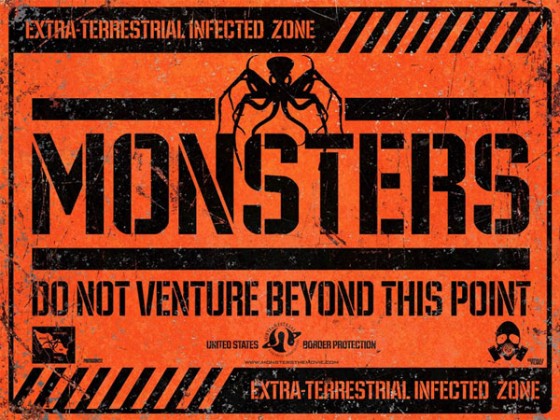 If you’re not obsessed with movies like I am, you might not know much about Monsters, an alien invasion flick shot on a shoestring budget. Directed by Gareth Edwards, the story takes place six years after a NASA space probe carrying alien lifeforms crash lands in Mexico and renders most of the country uninhabitable.

I’ve been tracking the buzz and it’s been mostly positive. Some are calling it a cross between District 9 and Jurassic Park. That’s an intriguing combo and from the looks of the trailers seems like an accurate assessment. Here’s the latest teaser, via Hulu, so if you’re a foreigner, my apologies. Sadly, Hulu is run by xenophobes. Anyway, the movie will be be in limited release on October 29th.