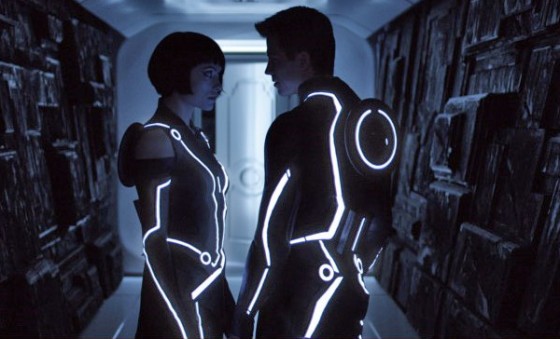 The more sneak peeks I see of TRON: Legacy, the more geeked up I get for the December 17th release date. I won’t be dressed as a light cycle opening night, but I’ll definitely be at the front of the ticket line. At any rate, this flick looks, to resurrect an ’80s saying, totally rad. It’s got an old Kevin Flynn, a young Kevin Flynn, his son Sam and a sexy chick named Quorra, played by the sultry Olivia Wilde from House. As an added bonus, electronic music legends Daft Punk composed the score. What’s not to like?