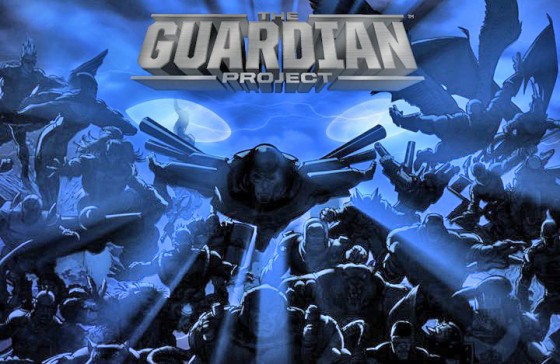 If you haven’t heard the news already, the NHL is going into the comic book business, sort of. Here is the official word from the press-release :

Spawned from the mind of comic book legend Stan Lee, the Guardian Project tells the unique story of a boy who has the ability to transform his imaginary best friends into superheroes.  Mike Mason is the leader of the 30 Guardians, the greatest team of superheroes ever assembled (represented by each NHL team).

USA Today has a bit more information about the project :

The superheroes are designed to appeal to the NHL’s fan base, but also to the younger set, perhaps cultivating new fans. Plans call for comic books, a novel, mobile applications, TV and film.

“We were looking at how do we cultivate a relationship with the next generation of fans,” NHL marketing chief Brian Jennings says. “And watching the explosion of superheroes that was going on in the entertainment world, we immediately saw an amazing opportunity.”

In order to unveil these new creations, they are conducting fan voting on the Facebook page, and so far, they’ve had over 800,000 votes. We’ll let Stan Lee explain :

We’ve put off writing this article for awhile, because we wanted to have a few of the Guardians to show you, and to comment on. Now that they’ve released several images, I’ve come to a couple of conclusions. 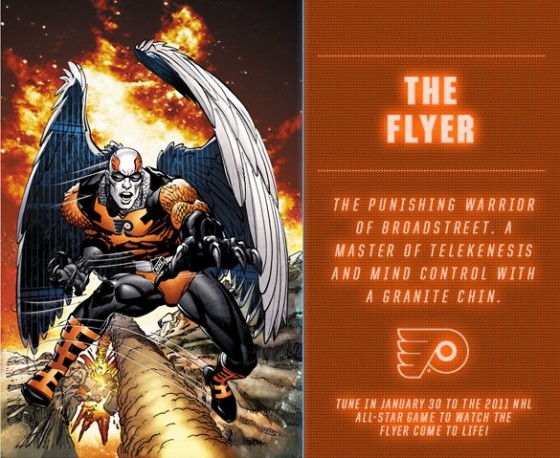 To help promote the Guardian Project, we have a couple of great prizes to give away to lucky Gunaxin Readers :

RT for a chance to win an @NHL Jersey and Guardian Project Graphic Novel from @Gunaxin. Vote now! http://on.fb.me/fAD7nT

Two winners will be chosen and alerted on 1/18. Entrants must be 18+ and reside within the US or Canada (excl. Quebec).