Gadgets > Toys > The Office Bobbleheads That Shouldn’t Be

The Office Bobbleheads That Shouldn’t Be 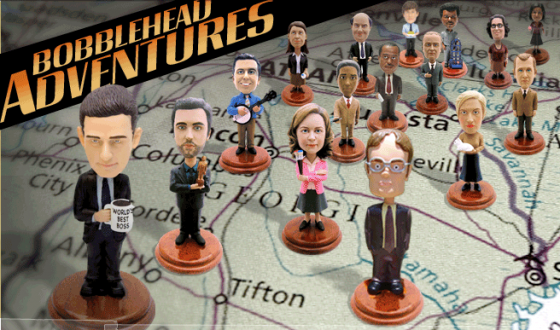 The Office is one of the funniest shows on television now, so NBC immortalized each character as a bobblehead. The only problem is, bobbleheads suck. There’s nothing cool about them. They’re caricature statues and their heads wobble around. Only Warren from There’s Something About Mary would be amused by that.

There is one major character missing from this group of figures: Jim Halpert. NBC says it’s ‘coming soon,’ but what could possibly be the holdup? Did an office mishap delay the Jim bobblehead like a Dunder Mifflin paper delivery incident? Was there a clause in the contract with the Chinese factory workers who don’t like him? Regardless, I doubt there are many people anxiously awaiting the unveiling of the Jim bobblehead. (UPDATE: NBC released it.)

Though I’ve made my feelings clear about bobbleheads, let’s take a look at each and decide whether the character is even deserving of one.