Media > Television > The Other Reasons to Watch Dancing With the Stars

The Other Reasons to Watch Dancing With the Stars 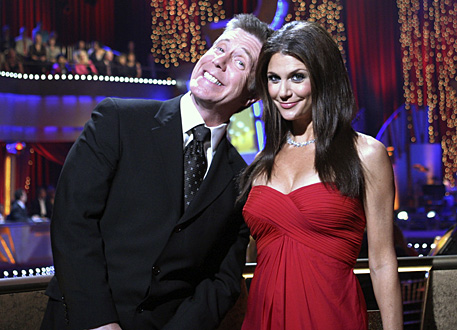 Look, we all know the obvious reasons to watch the show.  And since you are reading this site there is a very good chance that seeing half naked women twirl around seductively for an hour or so each week should be a pleasurable experience. But I have to tell you there are other reasons to watch:

I promise!  There are ups and downs, strengths and weaknesses, favorites and underdogs, injuries and intrigue.  You never know what’s going to happen.  There have been some trends, but there are always surprises.  The show starts off with most people not having taken any dance lessons and you watch them grow and develop.  The shows “filler” videos are actually showing you how hard these celebrities are working at this and it is unlike anything else on TV.  I watch sports religiously and you never ever get to see all the hard work that goes on during practice.  On DWTS you get to see it.  And on top of that, each week they eliminate someone, and it is not just whoever the judges or audience hate that week.  Each season someone good gets screwed surprisingly, and someone undeserving lasts and lasts for no explanation until the judges basically tell them they suck.  And the Judges do!

The Judges are real Professionals

Unlike other reality shows these judges have actually had success in their fields and can stand on their own without the show.  None of them need the show, the show needs them.  They aren’t bigger than the show and they all have an honest attitude toward both the show and competition.  They give hard, honest criticism and they all want to see the celebrities get better each week.

Carrie Ann Inaba is a Pervert

Once the show gets halfway through, the guys start going topless and Carrie Ann starts acting like a boy crazy teenager.  You’ll see it early on, but stick with the show to see her sexually harass a celeb.  It will happen.  And by the time it comes you’ll be wishing it was you she was harassing.  After all she can hold her own in the hottie department.

Samantha Harris is the worst sideline reporter ever!

Holy crap, if she did not look amazing in whatever formal dress they throw her, she would not be on the show.  She is a flub machine, and each week she gives you something knew.  She is lost on live TV, but has a killer rack and a sweet smile.   A few seasons back Marlee Matlin was on, the only famous deaf chick, and for the first four weeks Samantha stuck the microphone in her face after asking her a question.  Ditz, grade A 100% certified ditz.  But you can’t help but watch the train-wreck.

Tom Bergeron is the Man 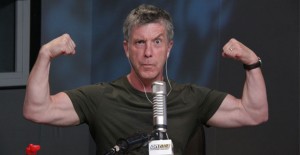 Live TV is a lost art in the 21st century, but this man is the master.  His brain is two steps ahead and as such he is never caught without something to say.  Oh there have been plenty of surprises but no dead air.  This guy dealt with an entire season of Scary Spice pinching his ass after each dance, he’s dealt with fainting, wardrobe malfunctions, and just about every disaster that could befall a live TV show, and he’s handled whatever has been thrown at him.  He is smart, sarcastic, funny, and a perfect host.  He needs his own damn late night talk show.  Plus the lucky bastard gets to hang around with all these half naked women that adore him.

Someone will get injured.

Admit that you like watching people fall and get hurt.  Well guess what happens when you put amateurs onto live TV to dance for 2 minutes?  Eventually someone goes down.  Now often times it is in practice, but they always show the video of the fall! ALWAYS.  It’s like they know people watch NASCAR for the crashes.  Oh and they won’t just replay it once, they’ll replay it nearly once a week for the rest of the season. 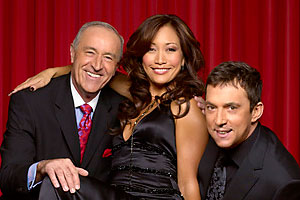 Admit that you like complaining about the refs.  It’s a sports tradition, and sports would suffer if the refs were never wrong.  That is why instant replay is so popular, we love when the zebras are wrong.  The same is true with DWTS, when you see them break out the 10s too easily you will get upset and when they diss your crush you will defend her honor, be she celeb or pro.  You won’t be able to help yourself.  And you’ll come back next week because you think you know more than that idiot Bruno or that stuffy old geezer Len.

The people voting are a bunch of bitter old hags

The large portion of the DWTS audience are little old ladies, and as such you will see the hottest celeb that did not wow the judges get booted early.  No matter how much potential either you or the judges thought she had, she’s gone.  And some jerk (male or female) that you hate will linger far longer than needed, right Marie Osmond?!?!!  Why would this make you watch?  It won’t, I’m just trying to tilt the audience a bit for my own selfishness. 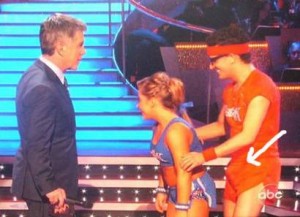 An embarrassed interruption of a DWTS conversation will open up new doors for you.  Everyone has a below the waist reason to watch the show, young or old, male or female, straight or gay, so everyone watching is a perv on some level.  No one who watches is going to think worse of you for that aspect, as long as you can talk about the show itself as well.  This is good because your wife, mother boss, teacher, mother-in law or someone will think better of you for liking this show and being able to talk to them about it.   Your mom is always upset that you don’t call, so why not talk to her about DWTS after you talk to Dad about the game.  Your social standing will benefit from this.  People always like other people more when they have something in common with them.

It is unlike any other reality show

It is not scripted, it is aired live, is not rigged and it really does want to find out who can dance the best!  No one on the show (the regulars not the Celebs) is out to promote themselves and none thinks they are bigger than the show, and that is a refreshing thing for any TV these days.

Give Dancing with the Stars a chance and you will like it. Start watching now, so you won’t look like your desperate friends when Erin Andrews finally does the show next spring.