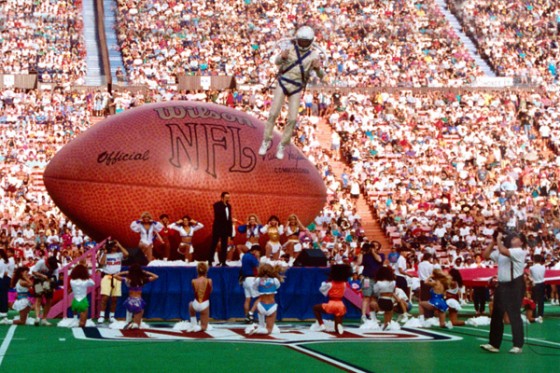 The best party of the year… for many reasons.

Aside from New Years Eve, there isn’t a day on the calendar brings out more parties than Super Bowl Sunday. Big or small, these people get together to eat, drink, and watch the game… or at least you would think.

But at Super Bowl parties, you’ll find people who make the experience, and watching the game, a real task to endure. Be on the lookout for these ten people as you venture out this Sunday.

These are the people who are so excited that their team is in the Super Bowl that they are going to dress up and act like they are actually in the stadium. Decked out in their team jersey, hat, cell phone cover, and maybe even face paint, these are the people who record themselves watching the game, so if a life-changing play happens, they can post it on YouTube and maybe end up in a Visa commercial.

Be prepared for lot’s of “LET’S GET A STOP HERE BOYS!” and “COME ON! HE WAS OPEN!” or “WHERE IS THE FLAG!?” It’s even worse if this person shows up wearing a team’s gear who isn’t playing, and tells you how they got jobbed and can’t believe they didn’t make the Super Bowl. 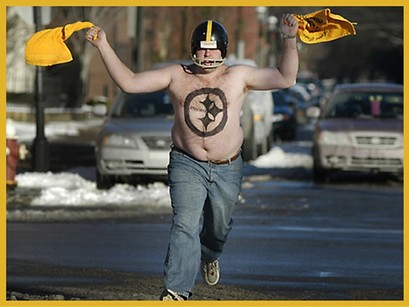 Get away from me asshole.

As soon as they (or, in a worst-case scenario, you) arrive, this is the person who asks if you want to get in on some squares, or to make a friendly wager. Then as soon as the game starts, they take out all their bet slips, rattling off all the prop bets, loudly exclaiming every time they win or lose a bet. They’ve got action on the over/under, spread, coin toss, longest punt, interception total, penalty yards, length of the National Anthem… and not just for the entirety of the game, but for each quarter.

If you get involved with this person, do all you can to keep it simple. Push for a traditional squares board… and then stay away. Stay far, far away. 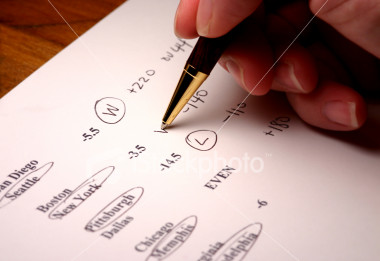 If you see these, stay away.

They have almost no interest in the game, but when the commercials come on, they are the one shushing everybody, and sitting front and center in front of the TV. On top of that, they are the first, and loudest, laugh at every marginally funny commercial that comes on. Keep your eyes on this person when Bud Light or Doritos spot comes on.

This is generally the guy who never played a down of football past the high school level, but because of that, he will sit there and tell you everything about the game, or how blocking works, or why that wide receiver got open.

We get it dude, you played two years of varsity football in high school, and you’re all the tougher and smarter for it. Sit down, and shut up. This person could also be considered a wanna be TV analyst, watch for them to point out things on the instant replay. 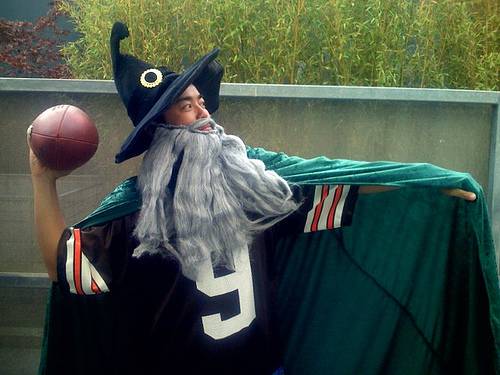 I AM MASTER OF THE FOOTBALL UNIVERSE! KNEEL BEFORE ME!

But he is not to be confused with…

This is the person who most likely never played a down of football in their lives, yet they know all the stats, both in real life and fantasy football, and will tell you those stats when the situation presents itself.

“Well, there is a 12.7 point per game differential between what Carolina’s offense scored this year, and what Denver’s defense gave up.”

This is the John Clayton of your group. You tell me… want to spend the entire Super Bowl Sunday with John Clayton? 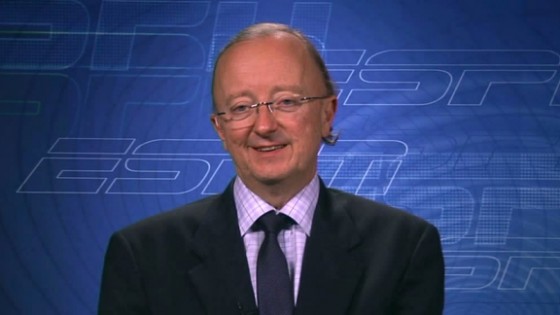 This is the person who is there solely for the food at the party. They feel that by bringing their one shitty dish (usually chips and salsa… store-brand chips and salsa, because cutting up some fresh tomatoes and peppers would be so damn hard) they are entitled to eat like it is their last meal on earth.

They’re the person who piles their plate with 12 wings, three pieces of pizza, brownies, and then tries to carry it back while holding multiple beers.

If you have trouble picking him out… he’s the first one to ask about leftovers. 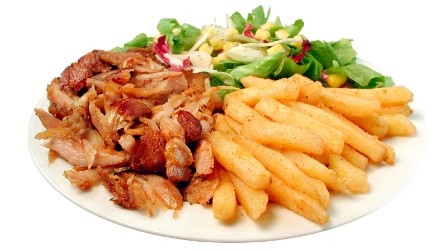 They will usually consume about three of these during the game.

This is usually the group of women who are dragged to the party by their boyfriends. They typically stand in the back of the room, or near the food table, paying no attention to the game until everyone causes an uproar, at which point they look over and think to themselves, “How can you get that excited over something so stupid?”

And if they do try watching the game, be prepared to answer 5,000 questions about how the game works, or why something just happened, or what may happen next, or who is that in green and yellow, or why there are no cheerleaders, or why the flags are yellow… or whatever.

They might even start playing a game while everyone else is watching the game. 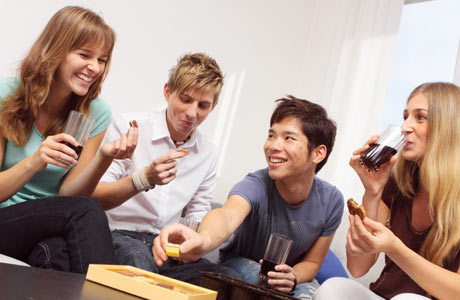 “Ew Football? Who wants to play this sweet game I brought?”

Often times this is a person who doesn’t even like sports that much, but loves having people over at their house simply for the attention. They’re busy running around and trying to take care of 4,000 things at once.

Beware if you get up during a commercial to pee. They just might stop you and ask for a favor. “Hey do you think you can replace the celery for me in the veggie platter, it would be a huge help!” No. I’m here to watch the game, not do chores.

They don’t organize… or they organize too much… and everyone suffers. 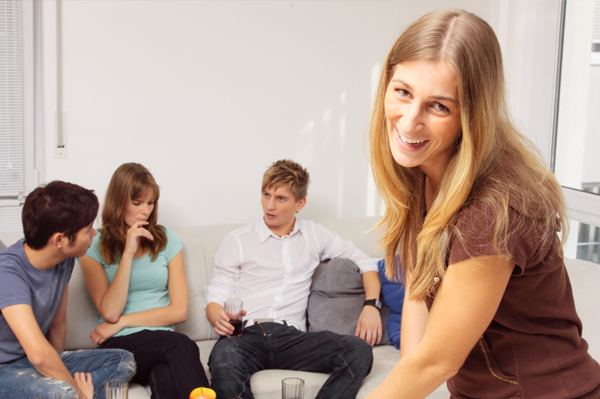 “So glad you made it! Can you help me set up the food?”

Inevitably someone in the group will either be dating someone new, or bring a friend none of you have met, and that makes for some real awkward exchanges.

“You said you work in a call center? Fascinating.”

“No, I’m not watching the game… let’s talk about your first three dates.”

You feel bad for this person because they were dragged into a no-win situation, usually clinging to who they arrived with, and not saying much the whole night. It’s pathetic. 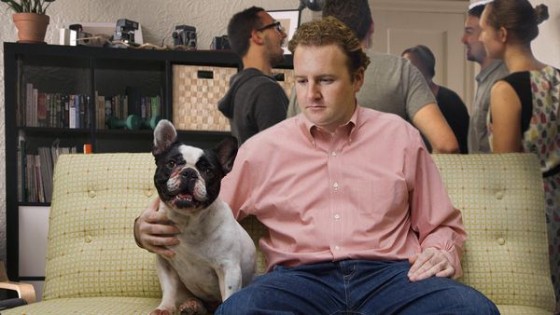 It’s a party… there is always one.

They want you to know that they are here to party, and don’t care what they look like, how they act, what they destroy, or how they destroy it. They’re usually the person who brings their own special booze, because the beer the host provided isn’t enough for them.

Run for your life if “The Super Fan” becomes this because his team is either getting blown out, or blowing out the other team. 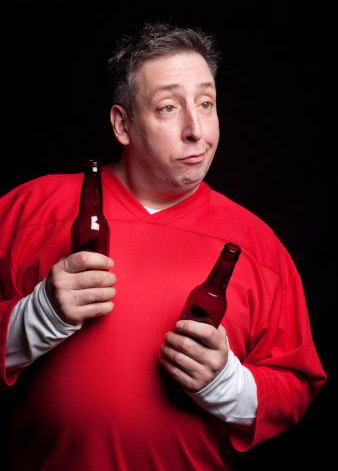 “Man, no matter who wins, I’m getting drunk!”

So there they are, the people you are bound to meet at almost any Super Bowl party. Be on the lookout for these people as you try to enjoy watching the game. They will be there, they are as much a part of the game as the players themselves.