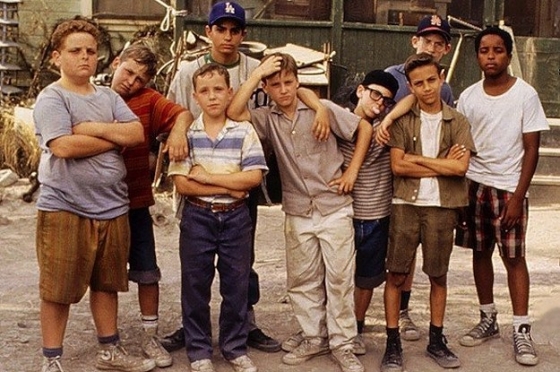 This week marks the 25th Anniversary of The Sandlot hitting theaters back in April of 1993. As another baseball season starts, those of us who are movie fans start to think a little more fondly of those revolving around the sport itself. The Natural, Bull Durham, Major League, The Bad News Bears… each and all stand proudly as wonderful samples of the genre, but for our buck, there isn’t a better set of flicks than The Sandlot. There were three made, but it’s the first two we will focus on here because, quite frankly, the rubber game of the series is pretty bad. Also, we will continue to slip in as many bad baseball puns as humanly possible. So, keep that in mind.

One of the singular reasons The Sandlot stands out as the fantastic baseball movie that it is, is simply because of its Film Formula: it is, with little diversion, Goonies with bats and balls. Much like Goonies, it revolves around kids either leaving or moving into a strange place, ensuing adventures to live out a summer before big changes occur, and using adults as a means of advancing the narrative without them really taking on any kind of major roles. In short: The Sandlot is a series of kid flicks with a heaping handful of slightly adult themes.

As I said before, there are technically three of these movies, but the third is so removed from the first and second in both style and its timeframe that it just doesn’t jive with the series. However, there is little difference between the first and second at all, really. Both assume a younger kid who has, apparently, never seen a baseball game in his life, will eventually be pretty good. Both use swimming to advance the narrative (well, swimming and a cute girl, whom one of the team falls for), and both use a dog that steals a baseball. A dog who is, oddly, owned by James Earl Jones. So, simply put: The Sandlot and The Sandlot 2 are, essentially, the same movie. And both are great.

In the original, Scotty Smalls finds himself in a new town with no friends, a step-dad who looks an awful lot like Dennis Leary, and his mom, Marian, from Indiana Jones. He bums around the house, not wanting to go outside for fear of rejection, or giant dogs, or maybe that a baseball game might break out. Finally, his mom, in a fit of matronly rage kicks his ass out the door and makes him go play. When suddenly, out of the blue, a boy shows up with a hat and a ball glove and bestows their mystical powers upon Scotty with all the majesty of… something majestic. And so it begins, Scotty joins the neighborhood kids and he learns a thing or two about baseball, girls, and the mechanics of retrieving a baseball from a huge dog. Oh, and also grand theft Sports Memorabilia when he swipes a Bambino-signed ball from Dennis Leary. But either way: baseball.

Now in the sequel (released direct to video, 12 years later), though much of the narrative borrows heavily from the original, there’s still a little bit of a difference. First off, it doesn’t focus singularly on one boy learning the fantastic ways of America’s Past-time, rather the same boy’s brother from the original and an all new group of kids toeing the mound and swinging the timber at the Sandlot.

The childish one-liners came fast and furious in the first, but they come even more furiously here in the sequel. It’s tough to say if this movie really improves on the first since it really is cookie cutter over all, but it is just as innocent, just as funny, and even features some bizarre side plot of a Space Shuttle launch and a toy rocket landing in the same backyard guarded by a big ass dog. 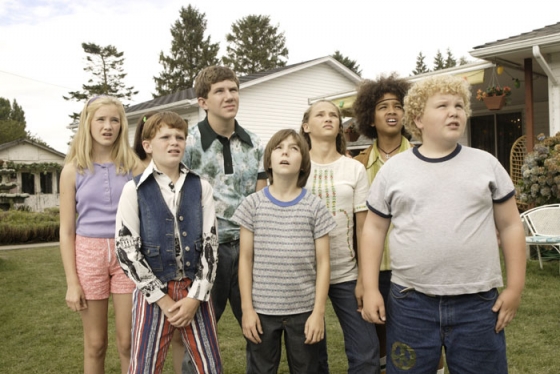 It’s a good night’s entertainment, especially if you have kids. Mine love these movies and I’m not ashamed to say I do, too. Sure, many will argue that the original is far superior, and that may be so. However, there is no reason for the hatred for the second. It’s just as funny and works the same way. So while baseball bats its way toward the mid-season break, why not revisit the great, and classic flicks of The Sandlot.