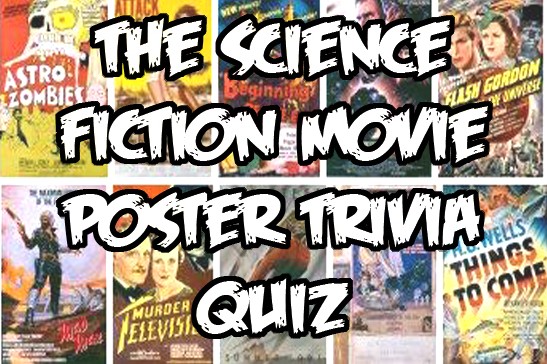 Boy,  folks sure do like themselves some trivia quizzes? Am I right? Anyway, the most recent incarnation took a look at bits of comedy movie posters and, well, it turned out to be kinda easy. Well, enough of this simple nonsense… it’s time to get difficult! That’s right, this time we feature science fiction movie posters and let me tell you, there are so many of those darn things from the early ’50s all the way till now! Well, I can help you a little bit here: There aren’t any on this quiz from this decade. So, there’s your assistance. And, as with the previous quiz, before we move on to the questions themselves, here are the answers to the Comedy Quiz:

As before, the rules remain the same: pick the correct answer. Simple. Yes, I know this is technically a poll and doesn’t actually tell you immediately whether or not you’re right or wrong, but someday we hope to remedy that. Oh, and this time there are 15! Get to it!