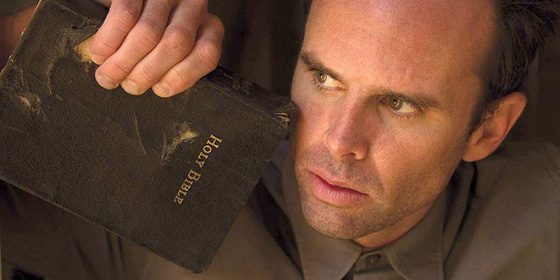 Hey kids, do you love Jesus? How does Gandhi strike your fancy? Naturally, these are men to be greatly admired. But just stay with us for a minute, and think about it like this: wouldn’t Gandhi be cooler if he was a skirt chasing booze hound? And wouldn’t we all enjoy Jesus just a little more if he had risen and then settled the score with an AK-47?

The point is, we all love a hero with a strong moral compass, but what we love more is a badass who just doesn’t give a shit and will follow up saving an orphan by slapping the crap out of him for not having parents. These, ladies and gentlemen, are the anti-heroes. Television history is littered with them, and they make for the most fascinating part of any series. By all accounts we should despise them, because lord knows we would if we knew them in real life. But on TV? Hell, we flat out love these sick, twisted bastards. The cheese stands alone, indeed. 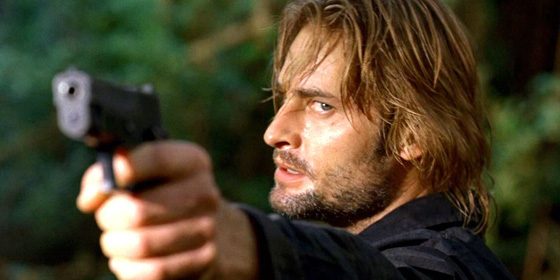 When Lost first premiered, it seemed to have pretty much every stereotype in the book. The handsome, heroic doctor, the controlling Asian dude, the fat stoner dude, and the crazy bald guy who… liked oranges? That’s a stereotype, right? Yeah, didn’t make much sense to us, either. Anyway, also included was bad boy Southern redneck Sawyer, whose racism was only eclipsed by his glorious mane.

Of course, over the seasons we began to truly appreciate the idiot who initially hated everyone and shot himself a polar bear not as a raging douche, but as a tortured con man who was, much like Charles Bronson before him, only out for vengeance. Well, he settled for becoming more sensitive. Uh, that’s something, right? 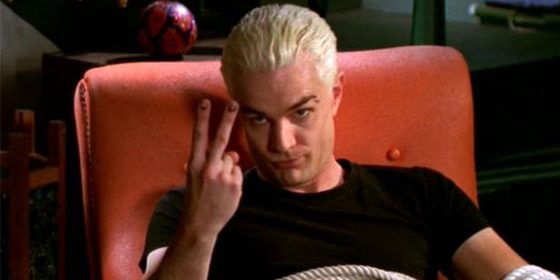 Yeah, we’re going there. Where, you ask? All the way to the Whedon-verse. Go ahead, get your mockery out of the way, because we know that, secretly, you enjoyed the ever loving shit out of Buffy when the show was on. You pretend it was for the hot girls, but at some point we’ve got to all admit that Sarah Michelle Gellar is a bit of a modern day Sarah Jessica Parker and move on. So the real reason you watched the show? Well, there’s a fair chance it was to catch up on the shenanigans of William the Bloody, aka Spike.

Introduced in the second season and carried all the way through ridiculous plot twist after ridiculous plot twist into the final season of Buffy spin-off Angel, Spike was the sarcastic, Billy Idol-esque vampire who just didn’t give a flying you know what. He was ruthless in both his brutality and his judgment of those around him, and we loved every second of it. Ya know, until they chickened out and gave him a soul. 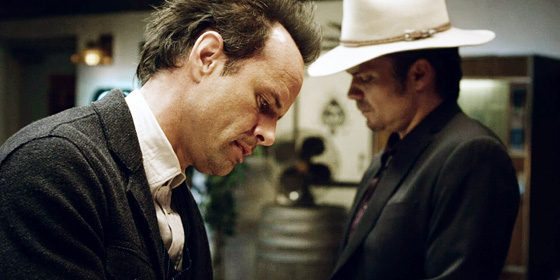 The perfect foil to US Marshal Raylan Givens, Boyd Crowder has jumped back and forth across the line between good and evil so frequently you’d think he’s jumping rope in the schoolyard. Of course, one of the reasons we love Boyd so much is that more often than not, he finds himself perched precariously right on the precipice, always tending to lean a little more toward the evil side. Of course, the fact that he’s a cold and calculating criminal isn’t why we love Boyd; nope, it’s the fact that he’s got some crazy ass hair and a slow, subtle charm to match.

As cool as Raylan Givens is, frankly it’s hard to say he even holds a candle to the badass confidence Boyd exudes in every showdown with the next punk who thinks he can take on the Crowders. Spoiler: they always lose. 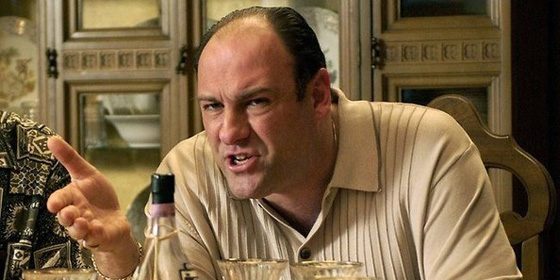 As the head of the Soprano family, Tony had the tremendous burden of trying to keep both of his families — his actual family, and THE Family — in line, and if you stepped out of line, well, you know how forgiving mob bosses can be. 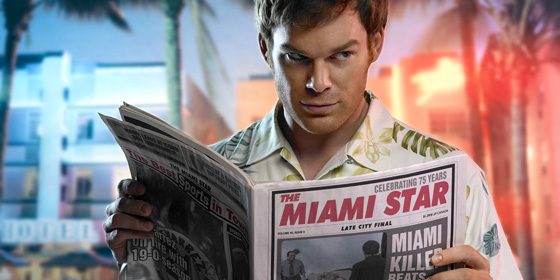 In the past, if you were to tell a new acquaintance that you’re a big fan of a serial killer’s work, that acquaintance would likely back away slowly while silently praying that you aren’t about to shove him in a van and experiment with his spleen. But nowadays if you add that your favorite mass murderer is Dexter Morgan, you’ll more often than not garner cool points because, hey, Dexter is one badass killer on an equally badass show.

The blood splatter analyst has faced off against formidable foes in his quest to rid the world of evil doers in his own special way, all the while trying to keep his deep, dark secrets from his stepsister and, oh yeah, the entire Miami police department he works with since they tend to frown upon people who commit brutal murders. The prudes. 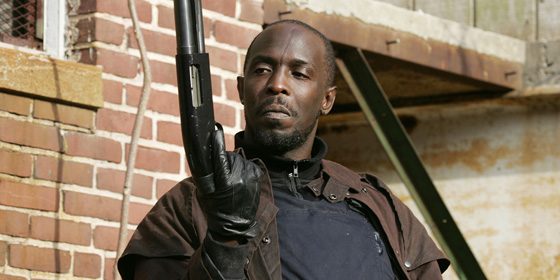 Never before has “The Farmer in the Dell” been a more terrifying song. Sure, it was horrendous to listen to before, but if you’re on a corner and you suddenly hear it being whistled from down the street, you know your ass is cooked. That’s because Omar Little is coming to take your drugs and your money, and if you resist, he’s going to blast a hole in you with his sawed-off while assuring you that it’s nothing personal, it’s simply all in the game.

For those who haven’t seen The Wire, Omar is the gay Robin Hood-esque character who robs only drug dealers and openly strolls down the street wearing Kevlar and toting a shotgun, barely paying attention to the people fleeing while warning others that “Omar comin’!” And we lap up every second of it, because Omar might just be the most badass character in the history of television. 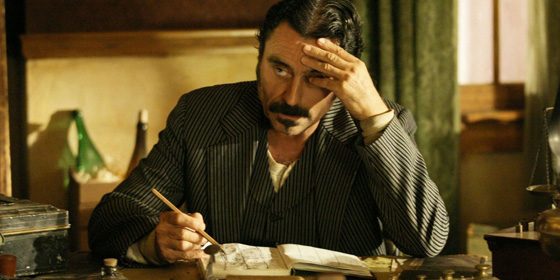 Never before, nor since, has the phrase “cocksucker” been uttered more perfectly, or frequently, than by saloon owner and all-around asshole Al Swearengen. The archenemy/sometimes friend of Seth Bullock, Swearengen is as ruthless and distasteful as they come. Whether he’s basically raping one of his whores or waxing poetic about the state of the camp, Al always had something strong and extra vulgar to say.

And for some reason, we always loved him for it. Sure, he killed the camp’s preacher and countless others while spewing obscenities and racial slurs, but it was all done in the best interest of everyone involved. That’s our story, and we’re sticking to it, mainly because we’re terrified of this particular fictional character.