Media > Music > An Honest Review – The Shins: Port of Morrow

An Honest Review – The Shins: Port of Morrow 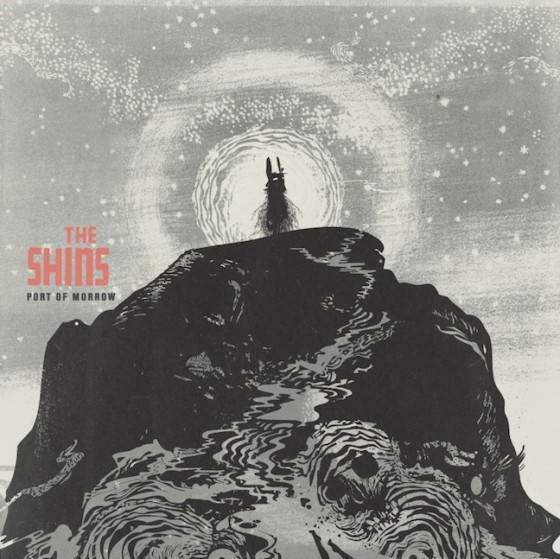 Hard to believe it’s been five long years since Wincing The Night Away — The Shins’ magnum opus — was released, but it’s true. And it has felt like even longer since waiting for a follow-up to something so epic is like begging silently for good continuations to the original Star Wars trilogy. It’s irksome at best.

But, hopes and dreams have been quenched, and the long-awaited return of The Shins is finally here. Port of Morrow was released on March 20th and if I could sum up what I was pining for versus what was delivered in one word, it would be, satisfied. Sure, living up to an album that’s nearly as musically perfect as Wincing is going to be a gargantuan struggle, but James Mercer and the gang absolutely threw everything at the cause, and Port comes out a solid, crystalline B+. In other words: satisfying.

Aside from Mercer, the lineup has been shuffled a bit. In fact, it’s pretty brand new, including the semi-well-known Joe Plummer of Modest Mouse fame on drums. Drums which, honestly, don’t feature too heavily on most of the songs. But when they do (“Simple Song”) they thunder quite properly. Oddly, yet welcomed, Janet Weiss (formerly of Sleater-Kinney) throws her sticks to the skins as well, and it sounds smooth and fits right in.

But what about the songs? Do they stick with you like the tunes from Wincing? For the most part, they really do. Sure, out of the meager 10 tracks and 2 bonuses, it feels a bit lean, but Mercer does a respectable job making each track something singularly different from the last. I’ve given you a little blurb for each of the 10 regular tracks, but not the bonuses. You can seek it out for yourself, because you’re going to want to.

“The Rifle’s Spiral” – Bizarrely sounding like something Duran Duran might have done back in the ’80s, this first song on the list is a great kick-off for what’s to come.

“Simple Song” – A rugged mix of crumbs from Wincing and a tune you might hear from OK-GO, this is their currently released single. And a great choice, too.

“It’s Only Life” – Melancholic, a bit lilting, and it really sounds like a song you might hear in the middle of a dramedy or in a commercial for depression meds. None of which is said to distract from its simplistic beauty.

“Bait and Switch” – Why this song has a weirdly Samba-like beat backing the vocals is beyond me, but it works. And Mercer really shines here with his lyrical poetry.

“September” – This one drones as a throwback to Wincing, too. It really sounds as though it were specifically written for it five years ago. But underneath that is a really spectacular Beck-style from his days on Mutations.

“No Way Down” – If it’s at all possible to sound like an eclectic blend of late ’80s one-hit wonders and mid-career Billy Joel… well, this song is it. It’s just crazy how you can readily pick into those two distinct, yet effortlessly combined halves. Cool tune.

“For a Fool” – An absolutely gorgeous tune that really betrays the fact that Mercer doesn’t always want you to know he can seriously belt out a magnificent melody. And the chorus is catchy as hell.

“Fall of ’82” – Pulling off a song that sounds like it’s title in terms of styling is a pretty epic feat. It plays like a meeting of Steely Dan and Hall and Oates. Yep. And it’s damn awesome.

“40 Mark Strasse” – The first 30 seconds is as solidly a Weezer sampling that wasn’t as you can possibly get without being Rivers Cuomo. And the rest has the same ’90s vibe, too. Nicely done.

“Port of Morrow” – What a way to end an outstanding album! This song has just a bit of a post-Beatles Lennon tinge to it, but even more haunting and ethereal. Very nice.