Media > Television > The Situation Has His Own Comic Book

The Situation Has His Own Comic Book

In a sign that 2012 is probably the end times, Jersey Shore star Mike “The Situation” Sorrentino is not only still milking his dubious fame, but now he will grace the cover of his own comic book series. That thud you hear is me pounding my skull with a framing hammer.

“The Situation” as a superhero is about to become reality. Just weeks after announcing his latest venture, an “abs-first” foray into the world of comics, pop culture icon and reality television star Mike “The Situation” Sorrentino is unveiling the cover of his Situation comic book produced by Wizard World and MPS Entertainment and painted by superstar artist Greg Horn.

I’m sure this will make for compelling entertainment. I mean, who wouldn’t want to read about banging grenades, GTLing and kitchen ditchen’ slop tarts in comic book form? Check out the cover art, yo. (Via HuffPost TV Tumblr) 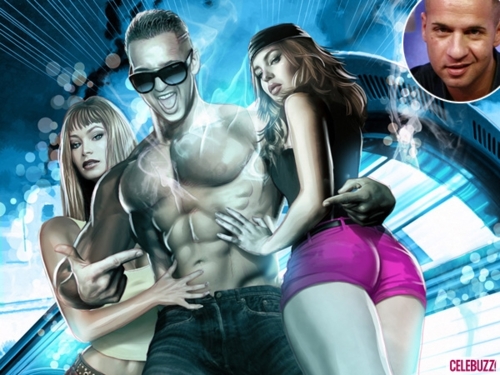