Sports > Basketball > The Ten Best Excuses for Your Brackets

The Ten Best Excuses for Your Brackets 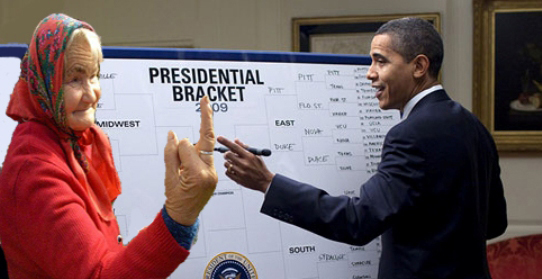 So you don't want to go over your brackets, then?

It’s Friday morning. Your brackets are screwed. It took all of one day.

According to ESPN only 4.5% of their users submitting brackets had Morehead State over Louisville. That’s 95.5% of the folks touting a blemish… and for most, that one loss could be enough to lose your bracket contest to the bitch in your office who picked games based on the color of the uniforms.

If you are among the unlucky, quit lying. Admit you’re brackets are toast. Accept the reality of the situation and enjoy the release of honesty.

10
I’m working three jobs to stay afloat.
Who has time to watch basketball? 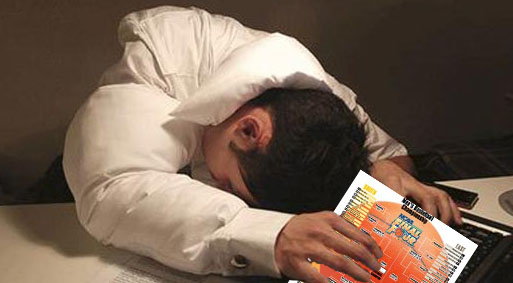 Do you REALLY think I have time to watch a bunch of kids play basketball? I don’t know what the fuck I’m doing with those brackets… ’cause I’ve been working like a slave to support my family and put food on the table. That’s how REAL life works, mother fucker. I don’t have all damned day to sit around studying a bunch of pot smokers and their strengths and weakness on the basketball court, ok? I work, then I work some more, then I sleep and wake up to work so more.

Maybe if I was a lazy fuck like you, I’d have better brackets. Hopefully the Almighty will forgive me. 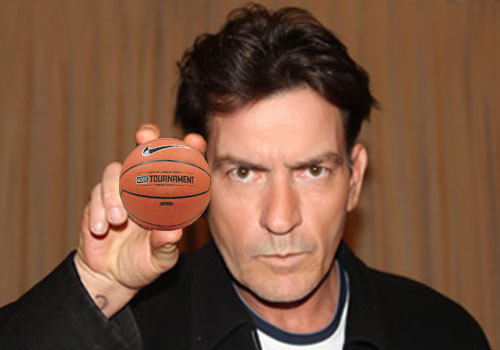 It’s too obvious, huh? I mean… that joke is so played out, right? I would bet the heads from the tourney coverage used the “winning” line about 80 times yesterday. We all get it. Charlie is a winner. He’s winning. He’s on Charlie Sheen. Ha ha.

8
I spent too much time filling out my women’s bracket.
No respect for Title 9. 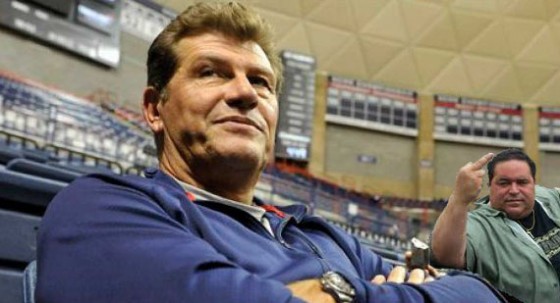 If anything, at least that excuse is funny to 97% of the folks on the planet… 50% being men (give or take), 35% being women with a sense of humor, and 12% being too stupid to understand the joke but they don’t want to admit as much so they laugh anyway and spend the rest of the day replaying it in their heads in hopes it will magically make sense.

The winner of the women’s bracket contest is the guy who gets UConn plus one other miracle pick in the Final Four. If it helps, pretend to be that guy and admit you think female ballers are hot (don’t laugh… I mean, it’s not the Lingerie Football League, but it’s not exactly an al-Qaeda meeting).

7
I’m Mormon and live by the Honor Code.
Bring on the spaceship. 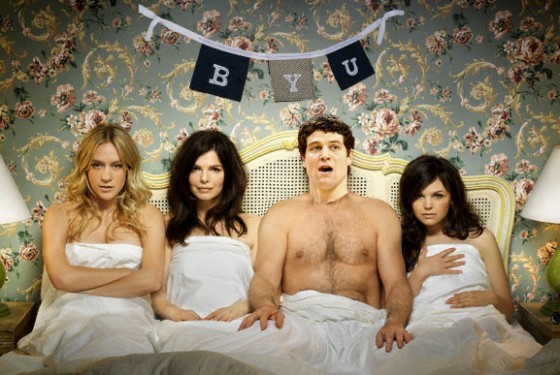 Jimmer is the only Mormon with a pass… a pass from walking my neighborhood all day to talk about Jesus with strangers, a pass from any mission that isn’t worked out on the hardwood, and a pass from the stupid-ass Honor Code. At least he’s the only Mormon ON CAMPUS getting a pass. They’d like you to believe that Big Love shit doesn’t go down any more. Right.

The Mormons don’t gamble and they want you to believe it’s due to their faith and pursuit of pure mind. The truth is (a) they don’t have money to gamble because they have five wives and 18 children around the house, (b) they don’t know jack shit about basketball other than the blessing of Jimmer Fredette, and (c) they’re too busy procreating and judging to watch basketball.

6
I hate Mormons and what they did to Brandon Davies.
Fuck you, L.Ron Hubbard. 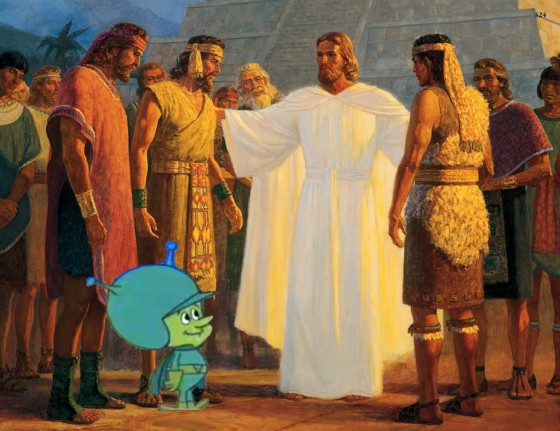 Maybe if you believed the power of the almighty Kazoo you might be enlightened towards better brackets.

See that picture above? The original picture of the guy who impressed the masses because he had the nerve to wear white? That’s from an article I found on the web serving as a propaganda piece to encourage folks to consider the Mormon religion.

Notice… everyone is white… because in olden times, everyone in Egypt and the Middle East was white.

So… it may be better to suggest your apathy for those folks kept you from perspective when you sat down to fill out brackets. The rage overcame your thoughts, decisions and abilities to grasp reality… just like the idiots at BYU who thought it wise to build their public relations off the back of a kid playing basketball who had the nerve to enjoy a lil’ love with his woman.

5
I have a raging yeast infection.
Make a joke out of your own vaginal behavior. 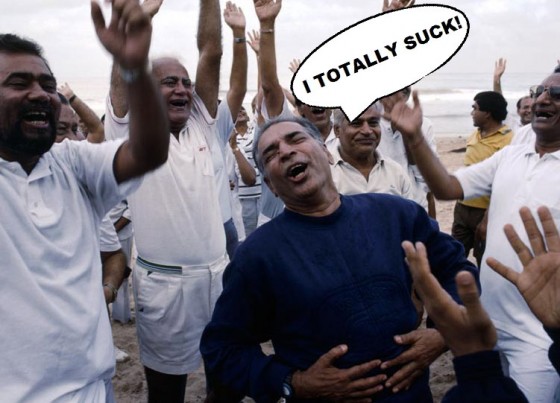 Nothing wrong with a little honesty.

The only thing better is a man who can turn his own pain into a joke.

They say 90% of the world’s best comedy comes from a place of pain. Today, it’s your turn. Enjoy the moment.

4
I won’t be fooled by your wagering entrapment.
You fucking narc. 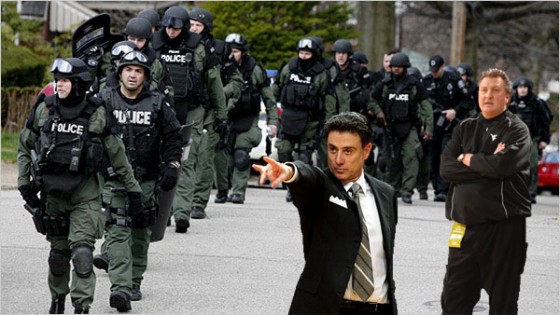 There are times when a tinge of paranoia can work in your favor. Any time folks choose to laugh at you over your lack of knowledge in college basketball should be such an occasion.

When the assholes in your office start pointing the fingers at you, simply turn that finger back towards them and state, as loudly as possible, your belief they have been working to incriminate the entire office in an illegal ponzi scheme designed to bilk all of your co-workers out of hard-earned dollars. Find a few names on the list of bracket participants no one really knows and accuse the contest organizer of fabricating those names in order to fix the contest without becoming a legitimate target for anger.

Go Bobby Huggins ape shit… pace around, point fingers and distract attention like Rick Pitino… blame someone, ANYONE, other than yourself of your failures.

3
Do you want to join our fantasy baseball league?
You can play our game… forever. 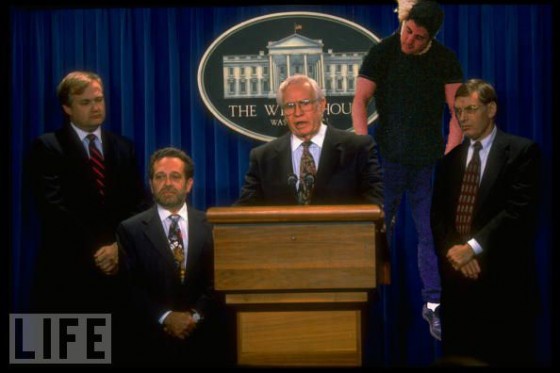 If you want to divert attention and drive folks away from your area, turn the conversation to fantasy baseball. Opening Day is only two weeks away, and then we’ll live through an 18-month season to see it end. Take the attention away from the joy of the tourney – possibly the most rewarding, quick-hit form of entertainment the world of sports has to offer – and turn it to the long-term pain of watching baseball for the sake of managing a fantasy team for the next decade.

Trust me… baseball works hard to destroy hopes and dreams. It’s like the hammer to the nail. Use the right tool for the job and let the hammer do the work.

If you want to shut people up, if you want to drive them away from the conversation about your failed brackets, and if you want to insure those same fuckers don’t come back around to discuss your brackets further… talk baseball.

2
I hate you.
And everything you stand for. 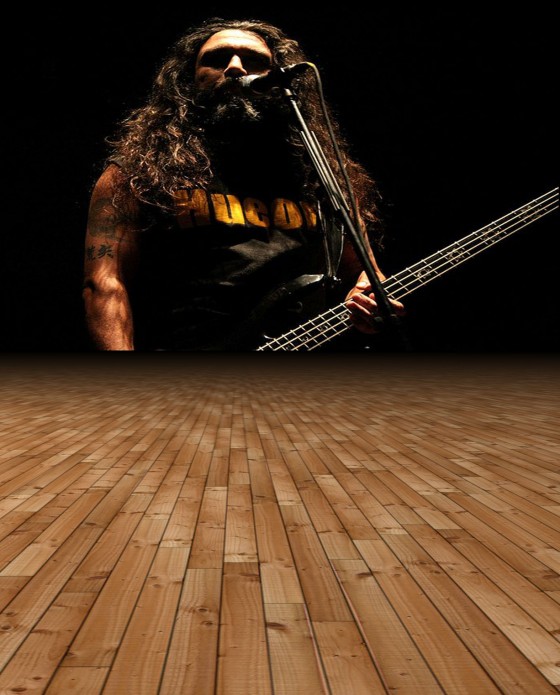 When in doubt, hate everyone. It’s historically proven. Hate will drive the world away.

Load up Slayer on the media player and crank that shit up every time folks come by the cubicle to talk brackets. Ignore them, wear your hatred on your sleeve, and end the ridicule before it starts.

You may have to live with the effects of this method forever, but to be fair… you may find that is the most rewarding aspect of this approach to an “excuse.” Not only will you avoid the need to explain yourself today… you may avoid it for the rest of your professional life.

1
Fuck you. I’m traveling to bet real money in Vegas.
Brackets are for jagoffs who fear real gambling. 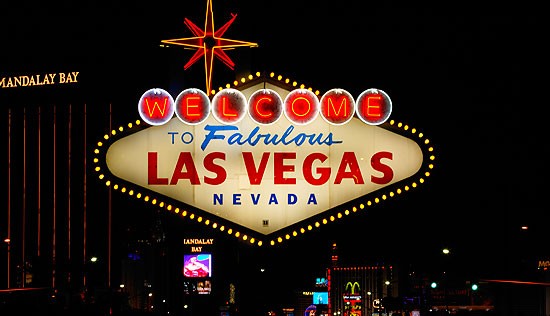 It’s funny because it’s true. Most of the folks in your office only join the bracket contest to say they took part, to be a part of the group, to follow the masses and to be seen as a swell guy/gal.

You aren’t “swell” if you waste your time with brackets and then call yourself a serious sports fan. A serious sports fan gets his/her ass in the book and they aren’t looking at the brackets. They’re yelling at the TV hoping they pay mortgage this month.

Drop your socks, grab your cocks, and lay your money at the window.

That’s what sports is all about.