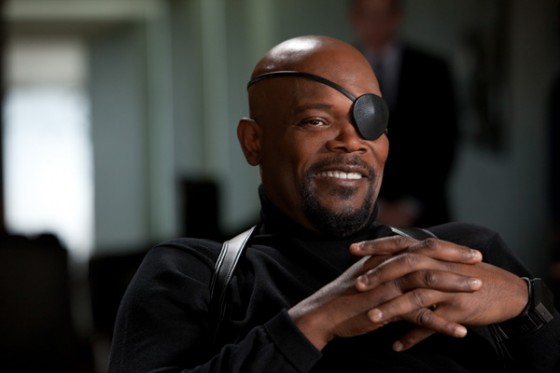 By “Best Acting Résumés,” I mean I’ll be rating the actors using a hybrid metric that incorporates volume and quality of movies. Basically, this is the top ten actors you would most want to pick from if you were in a “desert island” situation and could only watch movies of one actor for the rest of your life. Actually, I bet FOX could make a reality show about that:

Excuse me while I call some network executives.

Now then, let’s get to the list, starting with number ten:

Everyone in the world does a Christopher Walken impression, even The Simpsons 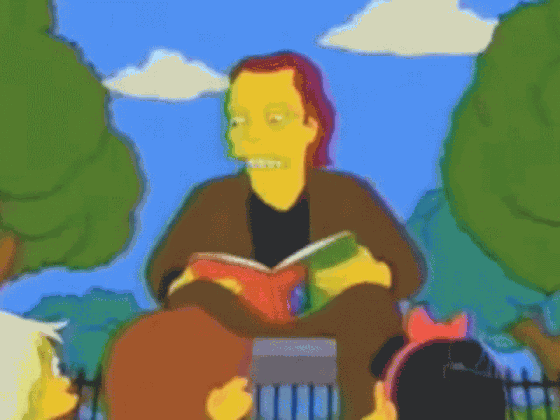 I wonder if he thought it was a good impression.

To be honest, Walken is not on this list because of his talents. As an actor, it’s just too hard for me to take him seriously. Especially when I saw that he did the Captain Koons monologue from Pulp Fiction with a straight face, and then saw whatever this video is a trailer for.

The reason Walken is on here is because of his track record for being in great films. A few in the list of great movies Walken has been in:

Despite being in only eight movies this decade, one of which was The Kingdom of the Crystal Skull, which therefore doesn’t count, Ford has always been one of my favorite actors. From the time my dad pointed out the fact that the ionic compound “carbonite” Han Solo was frozen in didn’t exist, to when Indiana Jones threw a pole through a motorcycle’s tire spokes to do this: 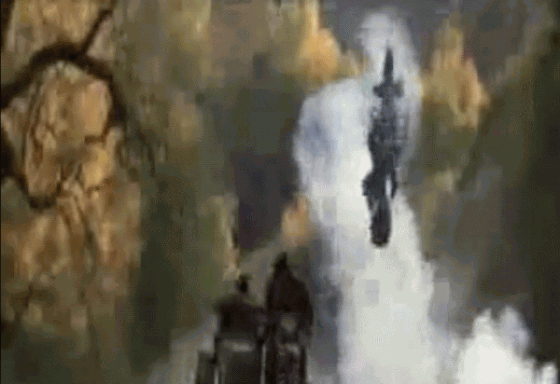 Which  Mythbusters then felt compelled to ruin.

And up until I discovered James Roday, Harrison Ford was definitely my favorite actor.

For what it’s worth, though, I think it’s a shame Ford got the name “Han Solo” instead of an awesomely hilarious Star Wars name like “Kit Fisto.”

In addition to the Indiana Jones series, Ford has also been in the following films:

I’d like to start off with some observational humor. Don’t you hate it when you’re on a plane, and then there are snakes on it? And then one bites off a man’s penis in the bathroom and you go on a rampage and shoot one with a harpoon?

No? That’s never happened to you? Well, it hasn’t happened to me either, but it sure as hell happened to a guy who shares my name – Samuel L. Jackson. In case you were wondering, the L. stands for Leroy, like Leeroy Jenkins, the funniest thing to come out of the World of Warcraft since Mr. T’s Mohawk became a class:

I pity these fools.

I’d like to take this moment to clarify – Snakes on a Plane is not one of the reasons Samuel L. Jackson is on the list. In fact, it is one of the reasons he’s number eight, kind of like how Gigli is why Christopher Walken is number ten.

Samuel L. Jackson played Mace Windu and carried a light saber that was the coolest color of them all – purple. Purple was once the color of kings, because indigo dye was so expensive only royalty could afford to wear it. Similarly, purple is the kings’ color of light saber, because I said so. In addition to owning the coolest wallet in modern cinema:

I won’t tell you what the wallet says because I want to keep this article PG-13.

–A Time to Kill

They call him “The Chameleon” – because of his watery eyes and slender frame. At least they do on 30 Rock.

I think the most important thing to know about Steve Buscemi is that, although he is the most perfect person to play Donny from The Big Lebowski ever,

“Donny, you’re out of your element.”

Without wasting any more time, here’s a list of great Buscemi films:

–Monsters Inc. Maybe? Well, I thought it was great and I’m writing the article.

Given how handsome he is, it’s generally pretty hard to make fun of Matt Damon. Fortunately for me it turns out his middle name is actually a girl’s name – Paige – which means I get to do this:

On 30 Rock he plays a character named Carol. I think he likes girlie names, if you know what I mean.

I think the reason Matt Damon is so good is that he can play a wide variety of roles and not change his appearance at all. For example, his character in Ocean’s Eleven is the “bitch”/“little brother” of the group, whereas in The Bourne Identity, he’s an all-out badass who makes things explode simply by looking at them.

Here ares some of the movies he’s been in:

Brad Pitt sometime seems like he’s everywhere. He’s in a hell of a lot of good movies, and some bad movies that get huge scale advertising. When he’s not doing that, he’s busy being the father to six kids (which might be why his production company is called Plan B Entertainment), and fighting AIDS and poverty through the ONE Campaign. He was even in a few episodes of the show Growing Pains. Remember? With Kirk Cameron? 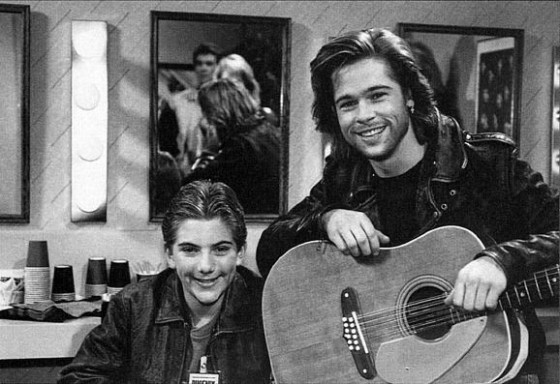 Let’s go through some great movies Pitt has been in. We’ll try to ignore the dreadfully unfunny Burn After Reading while we do, though:

–The Curious Case of Benjamin Button

Here are some of his movies.

If Clint Eastwood weren’t so old, I think he would be a perfect candidate for the next Batman.

Clint Eastwood has made a glorious career out of using racial slurs, staring people down with the ugliest stare I’ve ever seen, and then shooting them. I’d imagine that’s similar to the life of your average Klansman.

Films where he’s done at least two of the three in the above list include:

–The Good, The Bad, and the Ugly

–In the Line of Fire

As it turns out, De Niro was both a brilliant actor and something of a director from the stage. Before a take in a film with Jerry Lewis, whose character was supposed to explode with rage at De Niro’s, De Niro began insulting Lewis’ heritage, saying among other things that “[Jews have] turned this world into garbage for 5,000 years.” It worked perfectly — Lewis was so angered he said he wanted to punch De Niro.

Oh man, that makes me want to research footage of celebrities being racist.

Here are some movies he’s been in:

Tom Hanks is what I imagine Santa Claus looked like when he was a young man. He’s in a very select group that includes Larry King: those who can wear suspenders and not look stupid.

I’m not the only one who likes him this much. NASA named a star after him – main-belt asteroid 12818 Tomhanks. Tom Hanks is at the top of the list not because I secretly wish he was my dad, but because of the ridiculous number of genres he spans without a struggle. Plus, he was behind the movie My Big Fat Greek Wedding, which proved ugly women can get laid, which is a commendable accomplishment, I think.

Here are just some of the great movies Tom Hanks has been in:

–A League of Their Own

Yeah he made the list, but for one reason, and one reason only. This:

Despite how much he sucks, Tom Cruise has been in quite a few good movies.

“Too close for missiles, I’m switching to guns.”

And he was also in the snooze-fest Valkyrie. I literally fell asleep twice while watching it in the theater.

I think the movie March of the Penguins proved beyond a shadow of a doubt that Morgan Freeman can talk about any subject, no matter how inherently uninteresting that subject may be, and still make about five and a half million dollars for it.

Plus he was in The Shawshank Redemption, which is pretty much the manliest movie ever, unless there’s a movie about lumberjacks eating chainsaws and shooting sharks in the face.

Those of you that are aware of the “I has a bucket” walrus will enjoy this next movie poster:

And those of you who don’t know the walrus died will be very sad.

Any actors I missed besides Bruce Willis? Tell me in the comments below. I promise I’ll read them and respond.