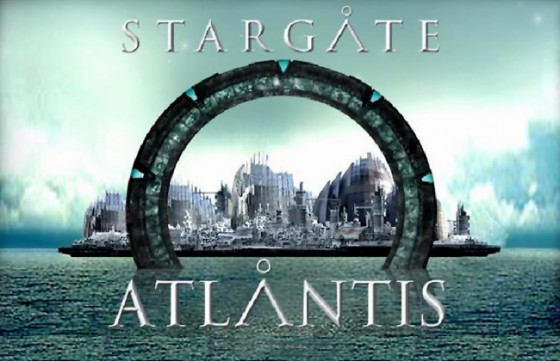 Television has come a long way in the science fiction and fantasy genres since the days of Manimal and Knight Rider. Advances in special effects and better writing carved the path for a host of quality small screen productions during the last ten years. No longer relegated to strictly small, cultish fanbases, some sci-fi/fantasy shows have generated mass appeal and strong ratings. Here are the ten best since the year 2000. (Sorry, Angel and Farscape don’t qualify since they started in ’99.)

Not since Buffy and her band of merry teens has anyone kicked demon ass as well as the Winchester brothers. It’s got cool weapons, scary creatures and a sweet 1967 Chevy Impala. After five successful seasons, the CW renewed it for a sixth back in February.

The comic book style superhero versus supervillain series has been a surprising hit for NBC. Although the ratings have dropped throughout its run, a loyal following still swears by the ordinary people with extraordinary powers universe. A season five hasn’t been confirmed, but it’s expected to return.

The Doctor Who spin-off was an instant smash when it debuted in 2006 on BBC Three. Captain Jack Harkness and his gang of extraterrestrial hunters comprise a covert government agency dedicated to investigating abnormalities in the space/time Rift. No word on whether a fourth season will be filmed.

The most entertaining of the Stargate franchise centered around a race of mysterious humanoids called the “Ancients” who constructed the legendary city of Atlantis. John Sheppard was a kick ass leader and the Wraith made wicked cool alien enemies.

The 21st Century incarnation of the “Doctor” resurrected the classic Brit series thanks in large part to the performance by David Tennant, who ended his run earlier this year and handed over the TARDIS to the Eleventh Doctor, played by Matt Smith. The new series will debut in the U.S. April 17 on BBC America.

This sleeper put a fresh spin on the tried and true mythology by focusing on the years before Clark Kent became Superman. From high school to the Daily Planet, Smallville has lasted an incredible ten seasons. Although not as interesting as it was in the early stages, it remains a CW mainstay. One question: will he ever freakin’ fly?!

Joss Whedon’s sci-fi western was a ratings disaster, but it still managed to attract a rabid group of fanatics known as “Browncoats.” Captain Mal Reynolds and his ragtag crew of anti-Alliance pals made the year 2517 all kinds of awesome despite lasting only 14 episodes. The 2005 movie Serenity continued their space adventures.

Ronald D. Moore’s re-imagining of the 1978 series was a rousing punch in the face. It was bold, brash and added instant credibility to the B-grade Sci Fi Channel. A detailed production design, layered stories and a talented cast, which included Academy Award nominees Edward James Olmos and Mary McDonnell, made BSG one of most complete sci-fi shows ever produced, even though the ending sucked.

Fascinating and frustrating are probably the most suitable words used to describe Lost. For six long seasons we’ve wondered what the hell will be the fate of the surviving passengers of Oceanic Flight 815 and the mysterious island they inhabit. In another two months we’ll get our answers. Maybe. It mixed genres seamlessly and is without question one of the most original serialized dramas in the history of the medium.