The Ten Biggest Losers of 2009

2009 hasn’t exactly been a fantastic year. Wars, terrorism, and an economic crisis have kept most of us on our toes. But when you think about it, 2009 hasn’t really been that awful, has it? Just look at how much worse these people had it. 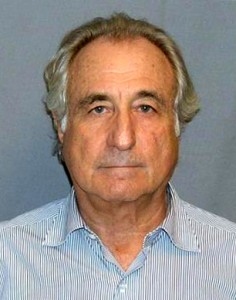 Bernie began the year already on a bad note. In late 2009, his sons blew the lid off their father’s operation, the biggest Ponzi Scheme of all time. The total losses for all of his investors is estimated around $65 billion.

From there, things just got worse. Federal investigators placed him under house arrest, and our stupid media, already revved up by the bailouts, talked about him nonstop for months, making him into the face of their so-called “Wall Street greed.” Madoff is now living it up in federal prison in Butner, North Carolina, from which he will be released on November 14th, 2139.

Still, it seems Bernie is adjusting to prison life quite well. He’s already been in – and won – his first prison yard fight. 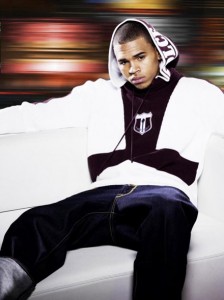 No celebrity has fucked up harder in 2009 than Chris Brown. Well, that’s not exactly true, but we’re getting to that. He began the year an R&B star and the sexual fantasy of millions of teenage girls. Now… well, he still is all that. He’s just also a felon.

His year started with the release of the terrible financial and critical failure of an album, Graffiti. Then, as if going out with Rihanna wasn’t enough, Brown somehow felt the need to get totally trashed and beat her like a piñata. After his little incident hit the cable news channels, Brown found himself losing sponsors and fans left and right. A new album that was in the works now seems to be indefinitely shelved, and he has yet to make a significant public appearance. Oh, and then there’s also the five years of probation that he was sentenced to. It would have been worse, but he had Michael Jackson’s lawyer.

Still, his fans seem to be standing by him, which is more than we can say for… 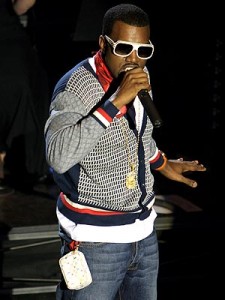 What the hell happened this year, Kanye? Was it the near-universal panning of your auto-tune disaster of an album, 808s and Heartbreak? Or did it just take this long for us to realize how big of a douche you are? Honestly, with your comments about being in the Bible, or the infamous “George Bush doesn’t care about black people,” we should have seen this coming.

It seems like the comedy world has just now decided that it’s time to mock Kanye West. South Park eviscerated him with the Gay Fish episode, and then, he proved wrong the few people who thought it was too mean with the now-famous “Imma let you finish” incident at the MTV Music Awards. If Taylor Swift weren’t advertising her bad taste to the world by dating the werewolf from Twilight, we would almost feel bad for her.

For Kanye, 2009 was the end of a transformation – from an actual celebrity, to some idiot who’s just famous for his own stupidity. 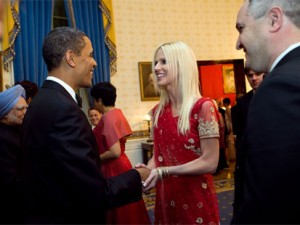 The Salahis are just the latest in a series of media freakouts about stuff nobody else cares about. After a lifetime of trying to get famous by rubbing elbows with as many rich people as they could, Tareq and Michaele finally got their wish… by being confused for terrorists.

At a fancy White House dinner in November, the Salahis somehow walked right past security and shook hands with dozens of people way more important than them, including the president. Then, because they are dicks like that, the media manufactured a national crisis out of it. Even a month later, accusations are still flying around. Look how close they got to the president! What’s to stop a terrorist from doing the exact same thing?

As for the Salahis, fame is not exactly as glamorous as they had hoped. The event has resulted in a cancellation of their appearance on The Real Housewives of Washington D.C, and a month of jokes from late night comedy hosts. Still, they didn’t fail as spectacularly as… 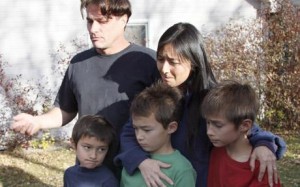 If you were alive on October 15th, you heard about the Heene Family. Parents Richard and Mayumi Heene decided that a great way to make their family famous would be to pretend their six-year-old son Falcon was trapped in the sky on a homemade balloon. The media, of course, took the bait, talking about nothing else for the next several hours.

After the balloon landed and was found to be empty, authorities discovered Falcon hiding in the garage. Then, when the predictable media storm came, the boy revealed that the whole thing had been a hoax. For what? So the family could get their own reality show… about science and 2012.

When police started to investigate, Richard Heene decided to save us all some time and plead guilty. He will now be facing three months in jail, while his wife has been sentenced to 20 days in something called “weekend jail.” But that poor kid came out the worst. He’ll be facing a high school experience that would leave any man psychologically scarred. 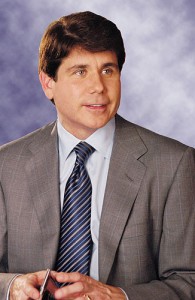 Sure, political scandals are nothing new. Yet for some reason, we still act surprised when they surface. Former Illinois governor Rod Blagojevich started the year off in the middle of a federal investigation over allegations that he was trying to sell Barack Obama’s open senate seat. The media was somehow surprised that such corruption could exist in a noble field like politics, so they proceeded to shove the story down our throats. Again.

Still, though, one has to admire Blagojevich’s handling of the controversy. He refused to resign despite unanimous calls for him to do so. Then he lovingly hand-crafted another controversy by actually appointing a new senator, thereby taking media attention off of himself.

Blago eventually got his ass impeached, but don’t feel too bad for him. He’s now off exploiting his fame by doing the reality show circuit. Wow, we simply can’t wait to see him on I’m a Celebrity… Get Me out of Here! 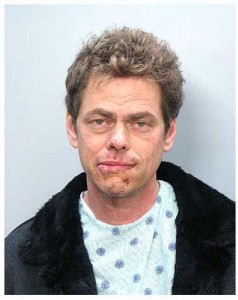 Despite the ShamWow being one of the most asinine products to come out in years, it has still managed to engrave itself into pop culture. The man you have to thank for that is Vince Offer, better known as the ShamWow guy.

The ShamWow commercial, and the equally retarded Slap Chop ad, became so famous because of Vince’s over-the-top pitch style. He basically calls you an absolute retard for not buying the product. And guess what? It works. The ShamWow and Slap Chop have both sold way too well for something so shitty. It makes you wonder why Vince hasn’t been doing any more commercials.

Well, maybe that picture there can explain it. In February, Mr. ShamWow decided to spend his money Slap Chopping a prostitute in Miami. He smacked her after she supposedly “bit his tongue very hard.” His night outing got him arrested, and he has yet to do anything new since. Well, except make a licensing deal with the maker of one of the YouTube Slap Chop parodies.

3
Howard Stern
The Other One 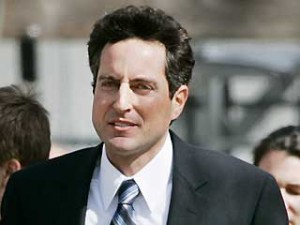 No, we’re not talking about the radio host. We’re talking about Howard K. Stern, Anna Nicole Smith’s last boyfriend. He got caught in a media storm a few years ago due to paternity hearings over Smith’s baby (for the three of you who care, he wasn’t the father.) Well, oddly enough, his failure this year managed to stay off of the cable news stations.

Earlier this year, Stern and two doctors were charged with conspiracy to prescribe controlled substances to an addict. In other words, they may have given Anna Nicole Smith the prescription drugs that killed her. We’re guessing that since Anna Nicole herself isn’t directly involved, the media decided it wasn’t important enough to talk about. 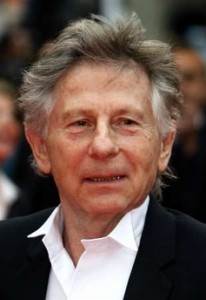 After a good thirty years of nobody caring, director Roman Polanski was brought back into the spotlight in September. In 1977, he was arrested after allegedly having sex with a thirteen-year-old girl, fleeing to Switzerland to avoid going to jail. Since then he has been unable to return to the United States, not even to pick up the awards that Hollywood inexplicably keeps giving him.

In September, Switzerland finally bowed to requests from the United States and arrested Polanski when he arrived for the Zurich Film Festival. Facing extradition back to the US, he paid out an $4.5 million bail in order to be granted house arrest.

Inexplicably, dozens of celebrities are flocking to defend an admitted child molester. Reasons have included “That girl was very mature for her age” and “It wasn’t rape rape…” 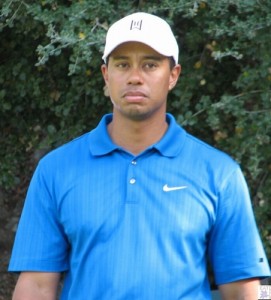 Of course. We can’t have an article like this without mentioning Tiger Woods. All the other people on this list were well known to be sleaze bags, morons, and dicks long before 2009. Tiger Woods, meanwhile, had become the world’s highest-paid athlete and a hugely sought-after sponsor, not just for his golf skills, but for his squeaky clean image.

In early December, Woods was hospitalized after crashing his car outside his house at 2:30 in the morning. In the following days, women across the country started coming out, admitting being in affairs with the golf star. One of them even had a voice mail to prove it. How many women are we on now? Fifteen? Sixteen? Even the media is starting to lose track.

For a regular guy, this would be pretty devastating. But Tiger Woods not only has to deal with his wife, but with the pitchfork media crashing down on him and many, many angry sponsors dropping him. Not only has he lost countless sponsors, but he has even had to put his golf career on an indefinite hold, thereby killing ninety percent of golf watchers’ only motivation to watch. Not just that – it’s estimated that he’s cost company shareholders about $12 billion. With his dick.

We wish our dicks were that powerful.