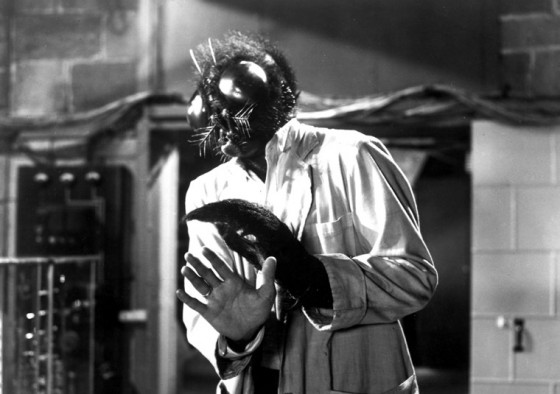 One of Hollywood’s most standard forms of scaring its audience is an oft overused play on humanity’s basic phobias: acarophobia (fear of insects that cause itching), arachnophobia (fear of spiders), apiphobia (fear of bees),or entomophobia (fear of insects). People just in general cringe at the sight of either lots and lots of bugs confined to or coming out of nasty spaces, or gigantic insects laying waste to familiar cities and towns. Back in the golden age of horror movies when every other release was chilling, thrilling, terrifying, or unbelievable, giant bugs and other crawlies were the draw of choice; audiences swarmed (get it?) to theaters and such films as Them!, The Beginning of the End, The Deadly Mantis, and The Black Scorpion -just to name a few- became box office gold, often despite their terribly reviewed stories. And then something new happened. At some point it became even scarier and more horrific to have humans become the very bugs they sought to destroy. Men and women slowly transforming into human-sized insect people bent on wreaking havoc on everyone. Perhaps one of the earliest and best looks into this genre was the original The Fly with Vincent Price. In it, Andre Delambre has invented a matter disintegrator/integrator in which he and a fly basically switch heads; man acquires giant fly head, and tiny fly body ends up with the head of the scientist. Pretty nasty. Well, movies and plots just got wackier from there. Here are ten of the coolest human-to-bug movies. 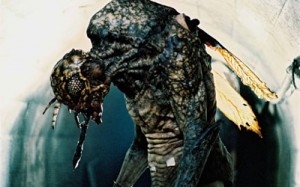 A pretty cheesy attempt to cash in on the West Nile Virus scare brought to you by the fine folks at the Sci-Fi Channel. Dr. Jennifer Allen attempts in earnest to zap a few infected mosquitoes with enough radiation to destroy the deadly virus, but convict-turn-assistant, Ray Erickson becomes one of those wonderful victims of circumstance and gets bombarded by the radiation. It’s Mansquito time! 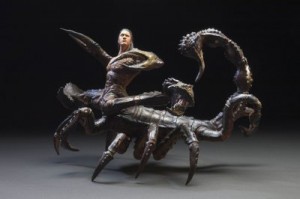 First of all, it doesn’t really matter what your movie is about, if you can secure Dwayne ‘The Rock’ Johnson to be in it, it’s certified gold. In this film, the sequel to The Mummy, The Rock plays Mathayus, the last true Akkadian mercenary with the blood of a scorpion in his 5000 ear-old veins. When Rick (Brendan Frasier) and company try to thwart Imhotep once again, the mummy must face off against the Bracelet of Anubis-risen Scorpion King in full Harryhausen-esque half man-half beast form. This is the man/bug folks, and it was pretty cool. 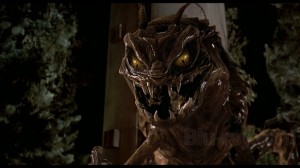 Will Smith is Agent J and Tommy Lee Jones is Agent K and you will never know who they are or why they’ve just investigated an alien presence in your back yard, basically because they’ve just flashed your brain with a Neuralyzer. But they can fight, when the situation demands it. And in the case of Edgar (the Bug) played by Vincent D’Onofrio, it was that very time. Sure, he was an alien, but you can’t deny that the ‘man’ (albeit a suit of sorts) turned into one hell of a bug. 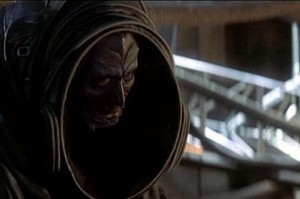 Okay, okay so the movie (big budget=big disappointment) was pretty crappy. When you take an old TV show that featured such innocent and down-to-earth cast members as Billy Mumy and June Lockhart and revamp the shit out of it using all of the following: William Hurt, Mimi Rogers, Heather Graham, Matt LeBlanc, Gary Oldman, Jack Johnson, and Lacey Chabert, it just doesn’t quite feel the same. At any rate, Gary Oldman’s Dr. Smith receives a spider bit early on in the film and, eventually, at the end, becomes Spider Smith as it were and there you have this bit’s ‘bug guy’. Carry on. 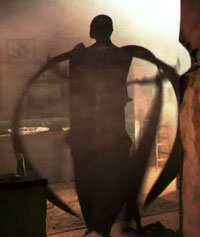 Guillermo del Toro could direct a tampon commercial and it’d still be cool as hell. In this addition to his amazing library, we find entomologists Susan (Mira Sorvino) and her husband Peter using genetic engineering (of course) to create a bug called the Judas Breed that can release an enzyme that will kill off disease carrying cockroaches. They are predisposed to die off after their work is complete, but a few years later it seems that the Judas Breed is hunting humans by mimicking them. Pretty wicked. 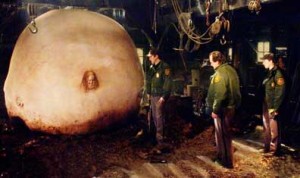 Though not bugs in the traditional sense, when Michael Rooker becomes infected by an extraterrestrial being and begins inundating the town with killer slugs, I call it close enough. He slowly begins to mutate much to his wife’s (Elizabeth Banks) chagrin and he even goes so far as to ‘impregnate’ a local girl into a massive egg sack. It’s got bugs enough for me and it’s a really great B-style horror film.

Invasion of the Bee Girls 1973 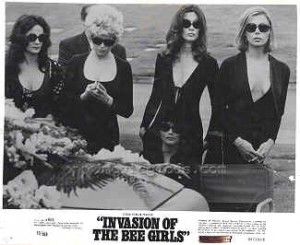 Mutations are turning sexually active ladies into bee girls. That’s really all you need to know about this pretty funny and surprisingly witty ’70’s ‘Bee’-movie. Okay, enough puns. Neil Agar, an agent with the State Department, is on the hunt for whomever is systematically killing men at local clubs. When Neil discovers another body, he realizes what the women are up to. Racing to the lab, he interrupts the women as they begin the process of turning another into one of their number. Of course he blows up the machine responsible and all is well. Cute film.

Teens camping in a northern California retreat are terrorized by mutant insects created by evil, polluting pot farmers, that will throw them into a terrifying fight for their lives. And there’s your plot synopsis folks. It really is exactly what it’s about. However, if you really can’t stomach Carlton (Fresh Prince’s Alfonso Ribiero) as much as I can’t, watching him turn into a tick is just something to behold. Oh, and good old Clint Howard’s in it, too. Now you’re sold. 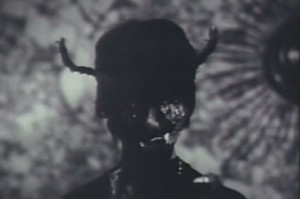 If it’s Roger Corman, you know it just has to be good. And this is all Roger Corman. Janice gets slightly upset when her cosmetics firm begins losing money. So, to spark sales, she begins to work with scientist Dr. Zinthrop as a test subject for his radical enzyme extraction from royal Jelly. Eventually she turns into a giant queen wasp. Buzz, buzz baby. 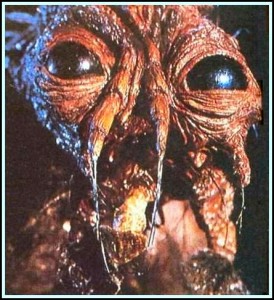 I have used this classic Cronenberg movie on lists before, and on this one, well, it just had to be number one. I mentioned the original in the opening because I really wanted to use this far superior remake (which is an oddity for sure) and horror classic. No real need to go into the plot, only to mention that Jeff Goldblum’s performance as Seth Brundle is just fascinating and something you really need to see for yourself. It’s fun to compare the two as there are many similarities, but somehow Cronenberg’s attempt stands out.