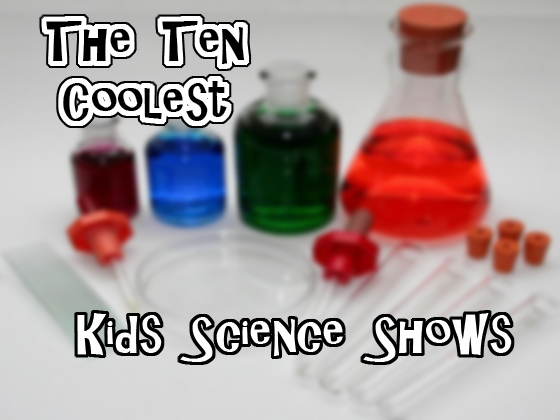 One of the best things about growing up (such as it was) in the late ’70s and early ’80s was the quality of children’s learning television shows. Nowadays, programs are either watered down, dumbed down or aimed at the lowest common denominator. Not that there’s anything particularly wrong with that, other than to suggest kids these days are roving morons compared to the kids of my generation who were raised on such brilliantly smart TV like Sesame Street, Electric Company, and NOVA.

But perhaps the greatest learning tool a teacher and a parent had was the variety and quality of science programs. They were all over the place! Sure a few didn’t come along till the ’90s, and even a few into the new century, but for the most part, all the best ones ran during my youth. So, I did what any smart, red-blooded American writer would do: gathered them into a loose list! Yeah, there really is no specific order, since I wasn’t about to tick anyone off… that’s not what this is about, ya know. So, enjoy some stuff from when you were kids! Now!

Oh, Don Herbert was the man. Yeah he was kinda creepy and had an almost uncomfortable weird neighbor air about him, but he was still pretty awesome. Mr. Wizard started its run in 1951 and ran successfully through 1965. It was later revived in the ’70s and ’80s, eventually finding a home on Nickelodeon. Don was actually on the very first ever episode of Late Night with David Letterman in 1982!

The man behind Beakman is Paul Zaloom. His antics and wild persona turned Beakman’s World into a frenzied learning experience that originally aired on TLC and then later moved to CBS. Though the show was similar to Bill Nye and its ilk, Beakman took viewer’s mail suggestions and turned them into experiments teaching kids how stuff does what it does. Zaloom still performs a Beakman today at live shows.

Though only 100 episodes were made — its initial run lasted from 1993 through 1997 — many PBS stations still air Bill Nye for classroom use. Bill Nye first began his ‘Science Guy’ persona on a short-lived show on the original incarnation of Comedy Central called Almost Live where a sketch called, ‘Who do you think you are? Bill Nye The Science Guy?’ launched his career. Yes, Bill Nye is awesome.

Not a kid’s show you say? Are you kidding me? Even if you’re not particularly interested in busting myths, you can still learn about hot chicks by admiring Kari Byron. Anyway, basically this show focuses on dispelling misinformation about a variety of subjects and proving whether or not they’re busted myths or confirmed truths. The show stars Jamie and Adam, both of whom have years of experience working special effects for films including Star Wars, Galaxy Quest, and Space Cowboys, as well as commercials for 7-Up and Nike. This is definitely a cool show for kids.

Though fairly new to the science show market, Sid the Science Kid has become a very popular PBS program focusing on an inquisitive youngster and his desire to know as much as he can as quickly as he can. The show is completely rendered using motion capture with the Jim Henson Production company giving it a far more realistic and expressive appeal. The conceptual content of Sid is based in national science learning standards, cognitive learning theory, and on the preschool science curriculum, Preschool Pathways to Science.

Hey, guess what? Yeah, biology is science too! So why not learn about the inner workings of the human body and all of its icky gross innards through a guy wearing an inside-out person unitard? I see no good reason why not! John Burstein is the creator and wearer of the costume, and began its reign as Slim Goodbody in 1975. In the early ’80s he was picked up by PBS and CBS affiliates and ran for several years. Even now, Burstein tours the country wearing his costume, scaring little kids.

Among PBS’s highest rated shows for children carefully disguised as a learning program, The Magic School Bus began its life as a series of children’s books. The show ran on various channels from 1994 through 2002 with a total of 53 episodes, including a Halloween special. The premise focused on Mrs. Frizzle (voiced by Lily Tomlin) as a science teacher with a school bus that could pretty much take them anywhere they wanted to go for extended field trips. The class was a rich and diverse group that appealed to many fans of the show, eventually garnering it Daytime Emmys.

Running from 1983 through 1998, Newton’s Apple was an educational program geared toward younger audience members. Believe it or not, the earlier theme songs featured a remixed version of a song titled “Ruckzuck” by industrial rock band Kraftwerk. Later the theme was an original score. The show won numerous national awards including the A.A.A.S. Science Journalism Award, the Parent’s Choice Award, and in 1989, the Daytime Emmy for Outstanding Children’s Series.

Sometimes Wiki just says it best: “3-2-1 Contact is an American science educational television show which aired on PBS from 1980 to 1988, and an adjoining children’s magazine. The show, a production of the Children’s Television Workshop, teaches scientific principles and their applications. Dr. Edward G. Atkins, who was responsible for much of the scientific content of the show, felt that the TV program wouldn’t replace a classroom but would open the viewers to ask questions about the scientific purpose of things.” Personally, I watched it mostly for the Bloodhound Gang. Oh yeah.

Want to learn about the science of intercultural communication? Of course you do! Want a pen pal from Lebanon? Why not! Ever wondered how kids have fun in Turkmenistan? Damn right you do! Well, lucky for you there was a show that ran from 1974 through 1983 called Big Blue Marble where you could have all of your multi-cultural dreams come true! I remember watching this show in science class in Elementary School. Yeah… I’m kinda old.