The Ten Funniest Commercials of 2010 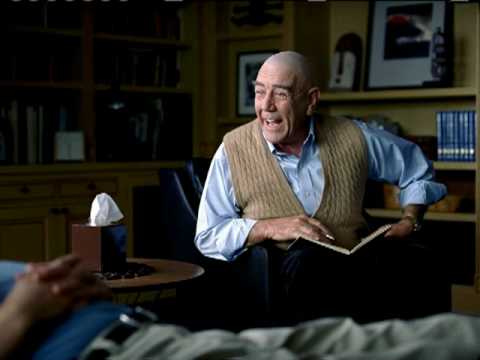 One of the best parts of the Super Bowl is definitely the fact that if you don’t really care about the two teams involved, you can always hold out hope that there’s gonna be a great batch of commercials. And, since the Super Bowl is held so quickly into the new year, it really is the kick off (bad pun) of a year-full of everything from irritating to amazing TV ads. This year we have certainly had our share of each and all. Some commercials so downright annoying that just remembering them makes you want to smack your head against the counter. And, conversely, some of the adverts are so hilarious that you shush everyone in the room when they come on just so you can relive the magic. Well, it’s time to sit through ten of them, whether they happen to be your favorite or not, there is little denying that they are and were some of the best of the past year.

Capital One has had pretty good success with their “What’s in your wallet” ad campaign, especially when they switched to using nothing but the Viking cast that they currently run. In fact, any commercial that features Ogre from the ‘Revenge of the Nerds’ flicks is okay by me. The head Viking telling the cashier, “And… all of those?” after his son breaks everything is priceless. Also a skiing goat!

This was a toss up since Miller Lite is notorious for making pretty decent ads. They had a slew of pretty funny ones this past year but I have to say, this one is definitely my favorite. The simple fact that this guy is clueless is what makes it such a winner.

People seem to have a love/hate relationship with this talking baby. I know some who can’t stand him while others, like me, typically find him pretty funny. This one portrays our baby and his buddy on a plane back from a vacation. Let’s just say Mike is still a bit of an infant.

Believe it or not this is the first of three clown ads that ran this past year. Ya know, clowns are repugnant and downright Satanic enough without turning the seemingly innocuous into a screaming Hell-Spawn, but that’s just what WalMart did here. It’s all well and good until someone steps on a unicorn.

This might not be the greatest ad ever, but there’s just something about the kids lamenting the fact that neither of them had a clown on their respective birthdays and their moronic parents are driving around with one while chasing a Dairy Queen van screaming about ice cream… it’s just all there. And the parents matter-of-fact retort is gold.

And finally, our last clown-related masterpiece is the FedEx ad featuring the creepiest toy clown since Poltergeist… and it does nothing more than just stand there. And move. Somehow. It is such a frighteningly funny ad as the family just cowers outside the door watching this little, toy-like clown slowly take over their lives. Funny. In fact, everything from 19 seconds on is comedic brilliance.

Using the word opulence correctly? Yes. Awesome feaux-Russian accent? Yep. Chicks vying for attention? Indeed. Eating an actual gold snack? Of course. Mini-Giraffe? Absolutely. Cap it all with the Tetris theme and you have a big pile of win.

I’m not sure if it’s hilarious or sad that T Pain has become a joking version of himself… and seems to have fun doing it. Well either way, this Bud Light ad is funny enough with the Auto-Tune alone, but adding the inventor T Pain at the end asking for guacamole is classic stuff.

GEICO plus R. Lee Ermey equals WIN. That’s all you need to know.