The Ten Most Dangerous Toys 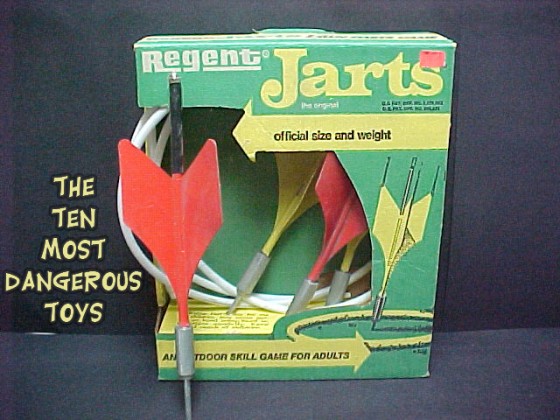 Coming on the heels of out Pulitzer Prize winning (not really) Disgusting 80’s Toys, it’s time for danger!

Remember back in the day when every single exciting toy could, and often did, kill innocent children? Man, those were the days. Safety was inexcusably, yet thankfully, lax and every child could own anything from a sharpened metal mini-spear to a pump-action rifle that launched eye-blasting metal balls. And trust me, if you were a kid in the 70’s or 80’s, well, you not only wanted these toys but chances are, you had them. See, parents were slightly more, um, uncaring back then and as long as their collective children weren’t screwing up their fondue parties, well, have fun with your weapons. So, here’s a look back at 10 of what some consider (jackasses) the most dangerous toys. And no, you likely won’t find most of these anywhere but auctions. What’re you waiting for?

The Zebra Gun: Rubber Bee-Bees For All! 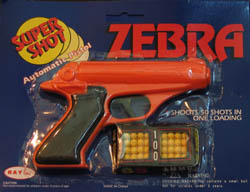 Imagine getting one of those stuck in your ear.

I know I’m not the only one who remembers these guns, yet, images were really tough to find even on the Net! Well, the one I did find is right here. Let me break this one down for you: little, yellow, hard-rubber Bee-Bee’s that you loaded into a small, plastic pistol, or, if I recall correctly, a Tommy-type gun. Sure they weren’t as highly pressurized as Air-Soft or Pellet Guns, but damn if they didn’t sting like a bastard when they bit into your temple or eye. Fun for kids of all ages! 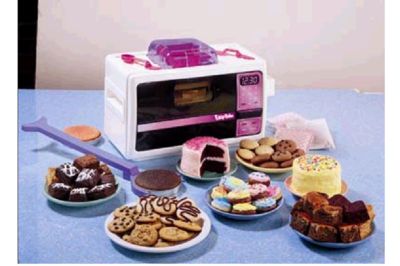 Who wouldn’t want to play Holly Homemaker while serving their dolls burnt brownies and bone-dry cupcakes? Well, apparently, lots and lots of little girls, that’s who. Basically this little oven needed the use of a high-wattage bulb to basically bake the pre-packaged mixes it came with. Whip up a batch of pasty dough, pour it into the molds, and slide it into this mini pizza oven and wait. What ever you do DON’T TOUCH THE DAMN OVEN! You will leave patches of flesh all over it. And that is not tasty on muffins, believe me. 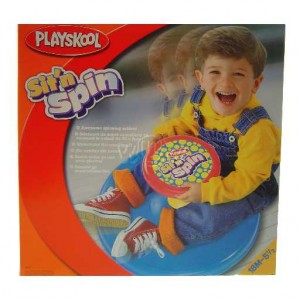 Genius, this one. I’m sure the idea of having a spinning seat on which a child can rotate himself to the point of drunk-like dizziness looked splendid on paper, but this Sit N’ Spin was a disaster waiting to happen. Let’s say, for the sake of argument, your child drags his Juke and Puke up out of the relative security of the playroom and decides to go for a whirl in, oh, how about, the kitchen. He plops down and begins his hilarious vortex until, upon standing, he lances his skull on the corner of the counter while painting the room with a virtual rainbow of vomit. Sad, really. And I was that little boy. 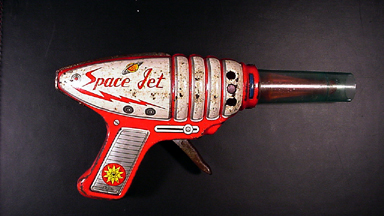 The coolest lighter ever.

Guns in every incarnation are inherently dangerous. Even those ultra-fake foam deals you find at the Dollar Store can eventually end in a choking hazards. But, the most amazingly irresponsible toy firearm ever has to be the Spark Gun. For all intents and purposes, its a Zippo lighter with a handle. I can personally attest to the fact that the sparks that geyser forth from these guns can, and have, started fires in things such as dry leaves and the hair on your brother’s head. Not pretty, that one. 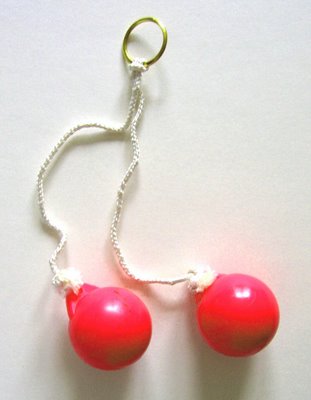 I hurt myself in the face!

Basically an old Aboriginal weapon converted into a toy, Clackers are bola-like balls attached to either plastic supports or, far more dangerously, pieces of string. All you had to do to acquire a nose bleed, black eye, or minor concussion was to actually play with them. Three or four clacks and you were weeping openly while jets of blood spouted from your face! I’ll take two! 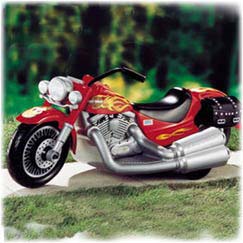 Man, danger sure looks like a Hell of a lot of fun!

Generally when offering your child a number of wheels on which to ride, most parental learning groups suggest the largest number of wheels possible. In fact, twenty to thirty is best. So, the Power Wheels motorized toy vehicle production company said (and I quote) “Bite me, parental groups” and offered the fewest number of wheels while still providing a modicum of balance. That’s right, two. Oh sure, bikes are the same thing, but bikes don’t go upwards of forty miles an hour with an incredibly hot engine on which children can, and did, fall thereby charring themselves ridiculously. Awesome. 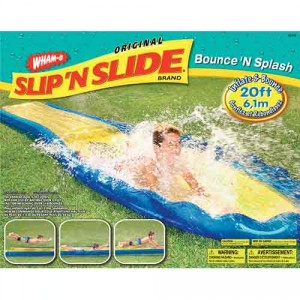 If you didn’t grow up with a yellow sheet of plastic staked into your yard with hoops of sprinklers rendering it slicker than wet ice, well then you were a loser, plain and simple. Unfortunately for most youths, it took the beauty of the Slip N’ Slide to really discover where your balls were, especially when careening down the soaked landing strip into the ‘pool’ at the end and having a very personal meeting with the rock in your yard. Damn it! 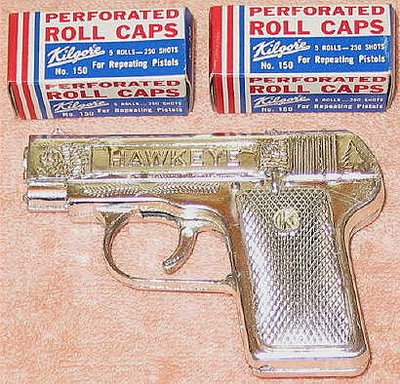 How to blow up your neighbor's tree house.

The final gun on this list is the fondly missed and dead-too-soon cap gun. Oh sure, they still sell the cap guns with the little rings of gun powder, but those are for panzies. The real cap guns came equipped with red paper rolls of barely-contained blasting material that could easily be scraped of, or snipped into a small, deadly pile, and lit. Oh man was this some of the most fun ever. Get a box or so of those cap rolls and stomp on them with bare feet! There was your ultimate dare. This stuff was just borderline insane.

Pogo Ball and the broken face. 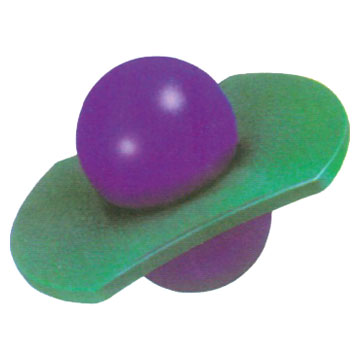 Just look at the agony... LOOK AT IT!

Look, there is physically no possible way to balance on a sphere without some kind of resulting agony. Circus performers didn’t just hop on a ball and get hired. They, too, had to suffer the pains of shattered cheek bones and fractured skulls. But, someone thought that ball-balance might be easier if, say, they supplied a plastic ring around it for your feet on which you can also bounce. Stunning. This not only made it even more difficult, but also provided something else that could whack you in the teeth as you flung it up while falling to your doom. Fun times. 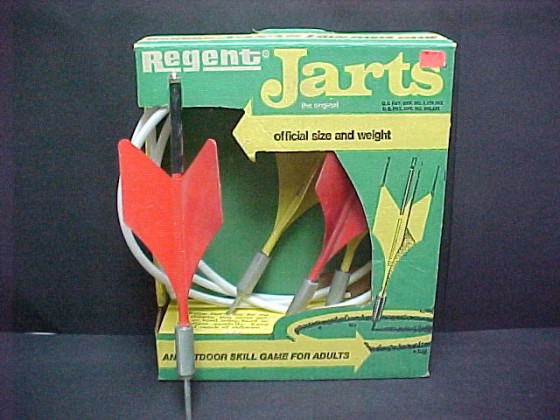 I was one of the privileged many who grew up with the frightening excitement of metal-tipped lawn darts or Jarts. The game was simple and had similar rules as horseshoes including plastic red rings in which you, hopefully, landed your weighted, metallic spears. But I can tell you from personal experience, there were few instances that delved into the horrifying unknown like the anticipation of just where a sky-borne Jart was eventually going to land. No one in my family was ever skewered on one of these bayonets, but you could tell just by chucking them that anyone was fair game.