Science Fiction is one of mankind’s finest literary genres in that no matter how abstract, colossally impossible, factually absurd, or downright silly something is: It’s Sci-Fi! One can, and all have, created races, planets, creatures, and myriad other things and ideas that are so far fetched as to be universally lapped up by their readers. The best thing about Sci-Fi is that somehow, some way, someone is going to try to invent something straight out of the source like a Lightsaber or a ray gun, and then, well, that’s where the ‘Science’ part comes into play. Every little bit his a micron of ‘what if?’ to it and that makes it so much more enjoyable.

Now, another staple in Sci-Fi universes is technology and weaponry able to incinerate everything. Always trying to one-up the last piece of annihilation and invent something capable of wiping out galaxies. So, from several different sources, here we have the ten most destructive weapons in the fictional and Sci-Fi compendium. Sure, it’s hard to compare apples to oranges, but, when collecting from such a grand scope, one has to realize they’re still both fruit. Enjoy! 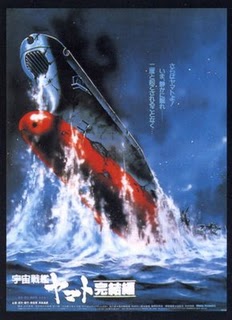 The Wave Motion Gun is the “trump card” of the space-battleship ‘Yamato’. The Gun functions by connecting the Wave Motion Engine to the enormous firing gate at the ship’s bow, enabling the power of the engine to be fired in a stream directly forwards. Enormously powerful, it can vaporize a fleet of enemy ships with one shot; however, it takes a brief but critical period to charge before firing. The recoil, a bitch, needs an absorption mechanism that can be manually deactivated with a lever; this was used to save the ship on one occasion. 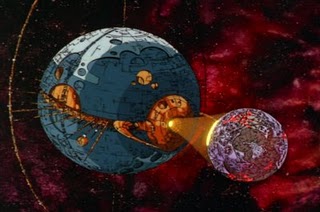 Unicron is a fictional character from the Transformers universe and toyline. He was introduced in the 1986 animated film The Transformers: The Movie as the film’s main antagonist. Neither Autobot nor Decepticon, He is able to transform from a mechanical planet into an immense robot, and roams the galaxy, devouring other worlds in his path. Also his voice was Orson Welles. That alone automatically gives him a spot on this list. 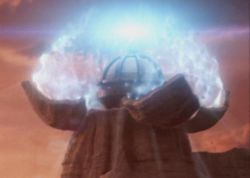 An extremely powerful device hidden inside a monument on Dakara, which was later turned into a Goa’uld temple. Anubis explains that it was once used by the Ancients to re-create life in the galaxy after a devastating plague. The Dakara superweapon is capable of destroying all life in the galaxy, and Anubis intends to use it to repopulate the galaxy according to his own designs. The weapon uses an energy wave that decomposes matter into its constituent parts like molecules, atoms, and other cruft. 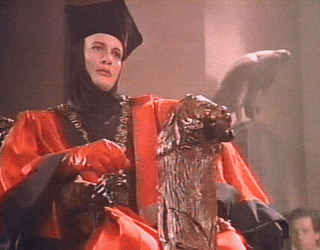 The character Q is a mischievous, seemingly omnipotent being who has taken an interest in humans. Q’s power is limited only in that he can not overcome others in the Q Continuum, the peer group to which he belongs. Otherwise, he can do more or less whatever he wants, which most commonly leads to him annoying others… with or without intent. Especially Picard.

The Death Stars, the Galactic Empire’s ultimate terror weapons, were battle stations several hundred kilometers in diameter and mounting a directed energy superlaser capable of completely destroying a planet with a single shot. However, the first Death Star’s defenses were not tight enough to stop starfighters from penetrating them, and, well, Luke kinda did. Regardless, it’s first shot fired obliterated Alderaan into particles proving that its power was, at least temporarily, absolute. 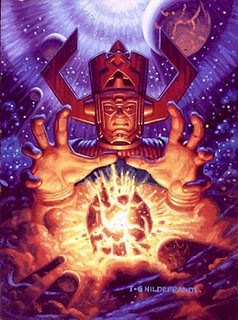 Due to his vast power and intrinsic, natural role in the universal order, Galactus considers himself a higher being than all non-abstracts, coming to embody a force of cosmic nature necessary for universal existence. Galactus maintains his existence by devouring planets that have the potential for supporting life. In so doing, he has consumed countless worlds, resulting in the elimination of entire extra-terrestrial civilizations. Fortunately, for us, the Fantastic Four especially (generally with the Silver Surfer) thwarts him at every turn. 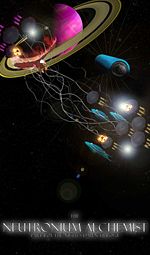 A weapon developed by the astrophysicist Dr. Alkad Mzu, the ‘Alchemist’ is capable of either snuffing out a star or causing it to go supernova. This has been her quest for 30 years and she plans to use it for revenge against the Omuta star system, whose government murdered nearly the entire population of her homeworld (Garissa) using antimatter “Planet-Buster” bombs. In the intended setting, the effect freezes the energy patterning node as it becomes a singularity, but before it can form a wormhole. This has the effect of turning the weapon into a black hole. When fired into a star, this cleanly siphons away the fusing mass, eventually absorbing the entire star. Nasty. 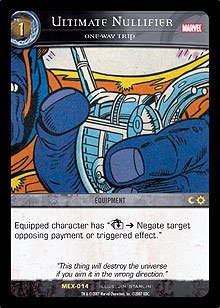 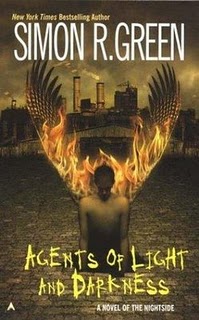 The Speaking Gun is a weapon from Agents of Light and Darkness book series. It’s a rather disgusting weapon; a living gun made of flesh and bone. It uses the biblical principle that the world was created by the “Word of God”; the Gun speaks the Word backwards and ‘unmakes’, or ‘un-creates’ it’s target. It was created to kill angels and works – not especially nice, harp playing angels either; by this it’s meant ‘Old Testament’ It also destroyes cities, kills the firstborn, and turns people to salt angels. ‘God’s Storm Troopers’, to quote one of Simon Green’s other books. A Gun a powerful as God Himself. The ammo is pretty pricey. 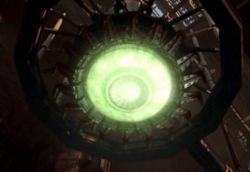 The weapon made use of the 27 planets of the Medusa Cascade captured by the New Dalek Empire along with the unique energy source of the Crucible. This bomb cancels out the electrical field holding atoms together and is capable of wiping the entire universe and all of creation, except for those within or near the Crucible. The reality bomb was planned to destroy all other forms of life except the Daleks, to make them become the only race in the universe. Fortunately, The Doctor along with Doctor-Donna thwarted the Daleks once again… at the zero hour.