The Timeless Tragedy of Children’s Artwork 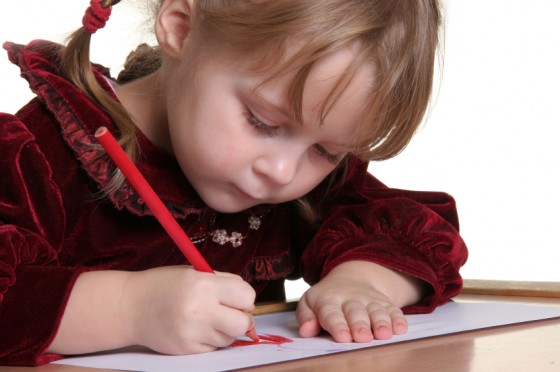 I am a proud father of three children and I love nothing more than to see my kid’s creative juices flowing as they draw their little hearts out producing masterpieces that I proudly, and without comment or regret, plaster all over my walls for everyone to see. All aspiring artists begin the same way: practice, learn basic human anatomy, fail, re-learn… it’s a process. Now I have pieces hung on my walls that feature mushroom men, flaming turtles, and endless series of concentric circles ending in what could be a butt. However, the major difference between my children’s art work and yours, is simply that your kids are terrible and mine are comic artists and classic painters waiting to happen.

Here are 10 of the most blatantly ridiculous and horrid bits of childhood scribblings I could find. If it was your kids that did any of these, I’m truly sorry. Perhaps stricter punishment is necessary. Specifically after something like THIS. Yikes.

Oh, and yes, as it seems I have had to take out this little disclaimer, this was indeed inspired by and age-old similar review done by Maddox. And so what? This is the internet, not the Bible. Everyone gets ideas from everyone else, it’s just habit. Are you going to accuse me of copying the idea of a ‘Top Ten List’, too since someone years ago had the idea? Oh, and let’s look up the definition of plagiarism, shall we… ya know, wile we’re on the subject: “Plagiarism can take a broad range of forms. At its simplest and most extreme, plagiarism involves putting one’s own name on someone else’s work.” Yeah, didn’t happen. This is all my writing, all completely different pics, and all my own time. But, if you want to name-call and toss around terms, fine. It’s not like I’m the first nor will I be the last to use an idea someone else used. It happens every day. So, if all you want to do is find fault, go find it elsewhere or just enjoy the piece. Makes no difference to me either way. Have fun! 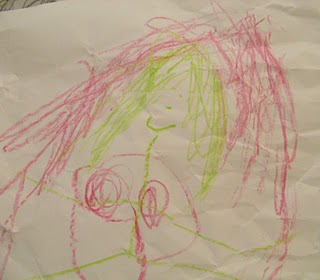 I’m not sure what’s more abhorrently disturbing about this image, the massive, nearly-perfect scribbled boobies foreshadowing nudity, or else the pink veil that is seen cascading from this whore’s lack-of-skull. The smile denotes that at the very least this tramp is either stunningly happy or else under the influence of so many Quaaludes that nothing matters anyway. ‘Come to me, and face my years of parental and peer abuse,’ she seems to beckon while sobbing like a altar-forgotten bride on the inside where only secrets and regrets fester unhealed. 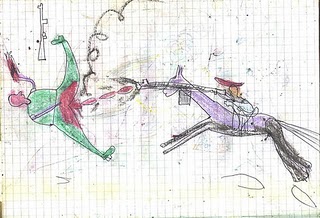 ‘OW! My PEE PEE!’ Is what this brave soldier seems to be crying as he somersaults in agony. Gasp in awe as you witness the plumes of smoke erupting from the smoldering crater that was once his manhood! Jump in alert as you notice the three-foot tall midget military man blasting away with reckless abandon from his blue giraffe-horse straight out of his turnip gun! Squeal with glee as the one-armed enemy blasts a bolt of hot magma from his single hand! Why such terrible violence? Why, God? WHY? 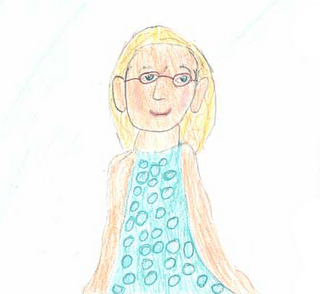 Mr. Wilson sure looks prettied up for the Sadie Hawkins dance, don’t you agree? Unfortunately, the school party in which he intends on slinking has a strict No-Pedophiles clause and regularly checks incomers with metal detectors and strict strip-searches. Even more unfortunately is the fact that Mr. Wilson is the Music teacher from said school and has chosen, quite sadistically, said dance for his ‘coming out’ party. No one liked his prissy-ass very much anyway. 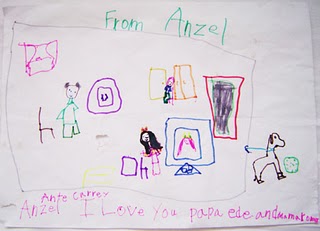 Anzel here shows his Papa and Mama just how much he loves them by recreating what is obviously a layout of a family room in Surrealistic Purgatory. Anzel can only draw this room from which the only place he can see: the storage closet. Anzel isn’t necessarily naughty, just severely misunderstood and often hungry for human flesh, so he must be handled with the utmost care and chained, ever-so-gingerly, to the protruding radiator pipe in the broom closet. Oh, but he loves his Papa and mama very much.

6
The Isle of Misfit Jag-Offs 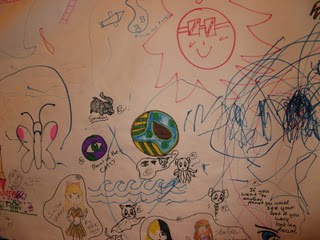 It’s apparent that the artist that drew the ‘friggin sweet’ sphere thing in the middle has been forcibly removed from the project mid-completion. Doubtless he’d have turned around this train wreck long before it had gotten to the point of no return. Once Big-Toe butterflies, spooky amoeba cats, and a Goddamn floating eyeball were added during production, nothing shy of death by fire could save this nightmare. 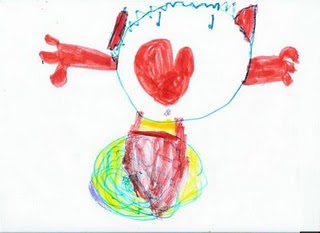 Whatever this horrid ethereal beast is, and from wherever it comes -my guess is the seventh level of Hell- it has shown its appreciation for its new master by pissing all over the sacrificial podium. I can assume they’ve named him Horgoth simply for the fact that it’s scary and instills fear in the minions and the ump-teen chained victims. You know, the kid who drew this was, presumably, going for something cute and cuddly -perhaps a representation of the family dog- and, unfortunately, ended up with this demon-spawn. Too bad, he looks friendly enough. 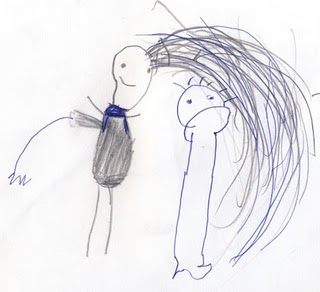 One day, in kindergarten, little Stevie was asked to draw a picture of his parents on their wedding day. After thinking about it for six or seven seconds, while at the same time exploring his ass with a big, fat pencil, Stevie seemed to remember a little photo sitting on the end table that showed his mom and dad holding hands in front of an altar. So Stevie, in all his artistic glory and prowess, sketched his mother with a cloak of porcupine quills with a body shape reminiscent of the purple vibrating toy she had in her dresser, and her father with a head shaped like his favorite meat product that he was always yelling at his ‘slut’ (whatever that meant) wife to cook up for him. Yep, this was a proud day for Stevie. 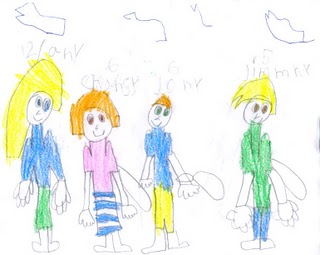 Hany, Chosy, Jony, and Jimmny each had problems of their own without having to hold this pose for Davy, the artist. Hany had a giant banana slug on her head and her too-narrow waist was this close to caving in under the pressure. Chosy was part wasp and was, presently, missing her all-important right wing. Jony didn’t have a crotch, but her square feet and misaligned arm lengths at least made for good conversation. Jimmny had sunflowers for hands, an unfortunate by-product from the wine he was weaned on as an infant. So, as you can see, this was no time for giant smiles and everyone to look slightly down and right. 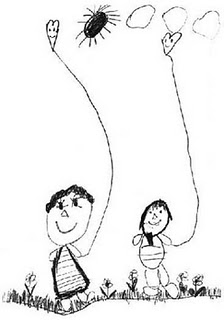 Flying kites is fun. Especially when you’re a fat-friggin lard ass who dents the Earth wherever he stands. It’s not Wendel’s body that’s the real issue, after all, it’s just a triangle. No, it’s his jacked up cranium and man-fro that seem to be the cause for all his anguish. Life under the black sun is no picnic for fraternal twin, Marvin, either. Being a Kung-Fu master with Vienna Sausages for limbs makes for tough fighting, let me tell you. 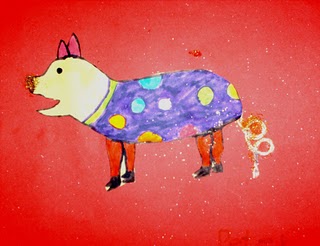 The ninth in the ‘Man-Pig Shits a Phone Cord’ series is the artist’s most extravagant and brave work to date. Her use of hues, polka dots, and crazy-ass elf shoes was definitely a turn in some direction or another. The pig-man is decked out in multiple leotards and his phone cord being shit is coated in some kind of mucilage. I applaud the artists complete lack of skill and sanity.