Humor > Lists > The Top 7 Sex Positions You Need To Try

The Top 7 Sex Positions You Need To Try 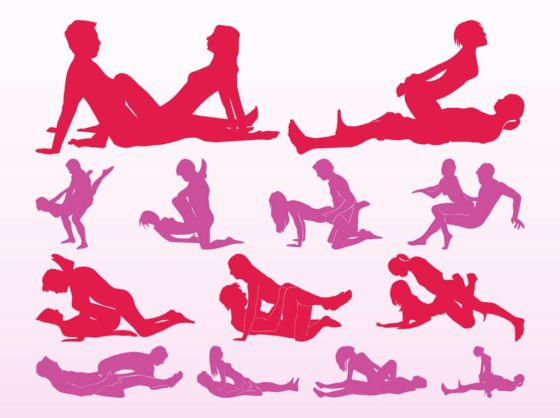 No matter how experienced you are or how many women you’ve slept with in your life, there are always new things you can try when it comes to sex. Spicing up your sex life is always a good idea and I’ve compiled a list of a couple of sex positions you need to try if you haven’t already!

Unfortunately, I’ve spent a lot of time being unsatisfied with ordinary sex and I decided to do something about it. While I was still single, I would often visit sex sites and read about all the sex positions I haven’t tried. This made me think about what I could actually do to spice things up and I did all I could to try new things with my girlfriend at the time. She even accepted trying a couple of new things but given the fact that we were both pretty inexperienced, that didn’t work out as well as I’d hoped.

After hiring an escort for the first time, I was blown away by the experience. Being with someone so experienced definitely changed the way I looked at things and right then and there, I knew I wanted to try everything I ever dreamed about. After years of experimenting with new positions and places to have sex, I made my personal top list of the sex positions I would recommend everyone to try! Even though most of these sex positions require both partners to be very flexible and in shape, they’re really something worth trying!

This one is a little bit tricky, to be honest, and I’ve had to practice this position with my girlfriend for a lot of time before we pulled it off the right way. It’s basically a regular 69 but while standing up. The man really has to have the upper-body strength to pull this off because if he doesn’t, he can drop his partner directly onto the head and seriously injure her. The great thing about the standing 69 is that you have full control of the situation.

Why I love the standing 69 is the fact that my girlfriend can’t stop me while I’m orally satisfying her. She usually stops me right before climax and I never actually brought her to climax orally until we tried this position.

The ballet dancer is one of the best quickie sex positions I’ve tried so far. To do the ballet dancer, you and your partner should stand really close to each other and she should wrap her leg around your hips. This allows you to have sex in tight spaces and is pretty hot! If your partner is really flexible, she can also lift her leg on your shoulder which is even better for deeper penetration.

The only downside to the ballet dancer is that it’s really hard to do if there’s a significant height difference between you and your partner. Also, you need to have a larger than average penis for this position to work completely!

This is also one of the easiest sex positions you should try. It’s called the bicycle because it resembles the exercise that’s named the same. Your partner should lie down on a table and lift her legs like doing the bicycle exercise. This position lets you enjoy deep penetration as well as to see your penis penetrating the vagina. Even though it sounds funny, a lot of people get turned on when they see their penis penetrating the vagina.

It’s a very simple and easy sex position and that’s why it’s probably the sex position I least insist on with my girlfriend.

The 69 bridge is a sex position I tried only once and it was with an escort, to be completely honest. I came across it when I was reading some Liverpool escort reviews and one of the clients wrote that the escort did this sex position and that it blew his mind completely! I didn’t know what it was so I started searching for what it looked like and when I saw it, I knew I had to try it.

I’ve tried doing it with my girlfriend at the time, but she just wasn’t flexible enough to pull it off. After we broke up, I didn’t think about it any more, but I came across some sex sites which explained how to do it in detail and I was interested in trying it again.

I found the escort in Liverpool and went to see her as soon as possible. She was great-looking and very experienced. I told her about the position I wanted to try and when she got into position, I was literally blown away! I’ve never felt such excitement during sex, especially during foreplay. It was one of the best experiences I ever had and in my opinion, this is the sex position everyone should try! It’s an 11 out of 10 when it comes to difficulty, but it’s definitely worth it!

The love seat is one of my favorite sex positions lately. It’s a pretty simple one by very arousing at the same time. To do the love seat, you should sit on a chair or on the edge of the bed with your legs slightly away from each other. Your partner should sit on top, facing away from you with her legs spread wide. This position gives the opportunity to stimulate her clitoris with your hands while she controls the depth of the penetration and speed.

I personally love it when my girlfriend takes control but at the same time, I can’t imagine any other position where I have this much freedom to stimulate her clitoris with my hands. It’s a very hot sex position and I insist on it almost every time we have sex.

This crazy sex position requires a lot of physical strength as well as flexibility from your partner. It’s a pretty kinky sex position, but feeling deep penetration during this sex position is definitely something else. I can’t say that I had sex in this position very often, but when I do, I can barely last a couple of minutes even though I can last pretty long in bed and I’m in great physical condition. The squat thruster can be a dangerous position because there’s a possibility of a neck injury to your partner if you’re not careful and get carried away. To do the squat thruster, your partner should get on her back and raise her legs above her head – just like the candle position in yoga. After she’s in position, you should squat over her and slowly put your penis into her vagina. Always make sure you don’t get carried away because all of her weight is resting on her neck and sudden movements can seriously injure her.

Personally, I’ve always been afraid of this position, but I can’t deny that it’s one of the most amazing ones I’ve tried in my life! Having a soft cushion underneath will make things better but it’s not a position you can keep going for a lot of time.