Media > Music > The Top Selling Albums of All Time

The Top Selling Albums of All Time 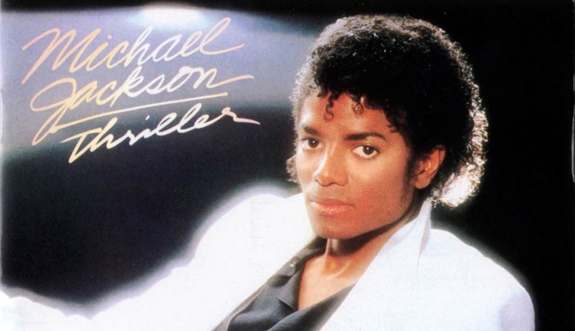 Everyone knows about Michael Jackson’s Thriller being the top-selling album of all time worldwide, but looking at the rest of the list, some of the albums are head-scratchers. How did they wind up so high? Let’s look:

1. Michael Jackson Thriller (1982)
100–109 million albums sold
There’s no surprise with this one and these numbers will only grow now that the King of Pop has died.

2. AC/DC Back in Black (1980)
45 million albums sold
To me, this No. 2 is very surprising, simply because there’s very little crossover with this band. I own the album and love it, and it’s certainly held up over the years, but No. 2 all time? I’ll give Angus and the boys credit, but ask anyone on the street and odds are they would never guess this comes second to Thriller.

3. Pink Floyd The Dark Side of the Moon (1973)
45 million albums sold
This one baffles me, as well. I’m a huge Pink Floyd fan but Money is the only song off this album that still gets airplay. I’m fairly certain this never really topped the charts, but just kept selling enough copies since 1973 to make it to become No. 3 all time.

4. Meat Loaf Bat out of Hell (1977)
43 million albums sold
Paradise By the Dashboard Lights is one of the most creative songs ever written, and if it weren’t for that I don’t think anyone would own this album. Again, a very unpredictable album for No. 4.

5. Eagles Their Greatest Hits (1971–1975) (1976)
42 million albums sold
This album doesn’t even have Hotel California on it! Okay, there are some decent songs here, and it consistently sold very well over the years, and is NO. 1 ALL TIME IN THE US, NOT THRILLER (although that may change again soon). But again, this leaves me scratching my head, wondering why it ranks in the top 5 ever.

6. Various artists Dirty Dancing (1987)
42 million albums sold
While the movie pretty much sucked, the music sold it, and 42 million copies sounds about right. Even Patrick Swayze sounds good singing She’s Like the Wind. But of course, the signature song is “I’ve had the Time of My Life.” That’s one of the few songs that makes me want to dance and I hate to dance.

7. Whitney Houston / Various artists The Bodyguard (1992)
42 million albums sold
Another bad movie that was sold on the music, entirely because of Whitney Houston. Makes me wonder if it would have sold more or less had it been an ordinary album release instead of being attached to this flick.

8. Andrew Lloyd Webber The Phantom of the Opera (1986)
40 million albums sold
For those of you rolling your eyes that the soundtrack to a Broadway show is so high on the list, let me tell you that the music is so good that even my little brother, who loves heavy metal and plays the drums, enjoys this soundtrack. My father, who hasn’t bought an album since 1979, borrows it from me to play on his long road trips. While I believe Fiddler on the Roof has the best music for a stage show, Webber created a masterpiece with this and it deserves every sale it gets. Hint: Get the double disk.

9. Backstreet Boys Millennium (1999)
40 million albums sold
Umm, err, gosh, gee… I’m totally not into Boy Bands, and never will be, but I suppose one of these top-selling albums should be up here considering the market for teenage girls. I’m just surprised it’s not New Kids on the Block.

10. Bee Gees/Various artists Saturday Night Fever (1977)
40 million albums sold
Considering the popularity of disco in the 70s, one of these albums was bound to be up here, although I seriously doubt anyone has bought a copy since the 70s.

11. Fleetwood Mac Rumours (1977)
40 million albums sold
An excellent album that still sounds good today, unlike flavor of the moments like some of the albums above.

12. Shania Twain Come on Over (1997)
39 million albums sold
The success of this album is due in large part to Shania’s then husband and producer Mutt Lange, who is a genius when it comes to putting out hit albums. This is also the first country album on this list, and considering it’s pop-like nature, it had a huge crossover appeal. I actually prefer The Woman in Me over this one.

13. Led Zeppelin Led Zeppelin IV (1971)
37 million albums sold
This is simply a masterpiece of an album, with Stairway to Heaven leading the charge. I’m surprised that this isn’t No. 2 all time instead of Back in Black.

14. Alanis Morissette Jagged Little Pill (1995)
33 million albums sold
I enjoyed this album in 1995, but like many songs in the 90s, it now seems dated. It had several hits and I don’t want to take away any credit from Alanis for what she did here, but I find myself hitting the skip button on the IPod when any of these songs come on.

16. Celine Dion Falling into You (1996)
32 million albums sold
Overproduced power ballads belted out by a Canuck. Not really surprised about it’s success over the years but this kind of music gets annoying.

18. Michael Jackson Dangerous (1991)
32 million albums sold
This one too is bound to move up the charts some, although I’m surprised that this one outsold Bad, which I think is far better.

19. The Beatles 1 (2000)
31 million albums sold
A greatest hits album, released to mark the 30th anniversary of the band’s breakup.