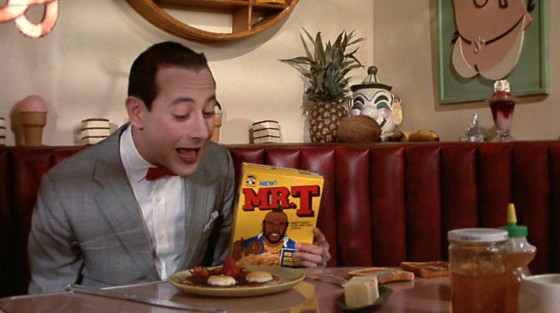 Remember back in the day when just about everything garnered a new type of cereal? Well, not ‘NEW’ per se, but more or less a re-hashing of a failed or discontinued cereal really similar to the one being marketed. I mean let’s face it, how many honest to goodness strikingly fantastic cereal flavors were there, really? Let’s see: we’ve got sweetened corn puff style, chocolate, strawberry, and… chocolatey strawberry-y? Yeah, nothing really on-the-edge or hyper-exciting there. Well, regardless, back in the eighties and early nineties, the breakfast marketplace was inundated with new ‘Entertainment-Themed’ cereals, and we here at Gunaxin love our cereals, enough so that we’ve done this many other cereal things and are hereby cornering the subject forever! The Story Behind Some Favorite Cereals, Top Cereal Mascots, and A Tribute to Discontinued Cereals. But look, there’s even more fun cereal facts to fawn over! Grab a bowl of Urkel-O’s and enjoy!

Like the Ray Parker Jr. movie theme or not, this breakfast-based parody will pretty much hang around in your head for the rest of the day. You’re welcome.

By no means a market reach from the recent series of blockbuster films, this box-o-webby goodness came about thanks to the popularity of the never convoluted comic book. No, never convoluted.

When a toy company releases a set of dolls that so perfectly match the scents of the very fruits they’re made to homage, there is no other recourse but to make a food soon after, lest kids eat the actual toys. Oh, and I tried.

I honestly wish I could toss out some witty phrasing to accurately describe this cereal, but nothing would do it its due justice like the commercial.

I can just hear Michael Keaton now: “I am… cereal.”

When you’re as long-lived a cartoon as the Flintstones, it really was only a matter of time before you have your own cereal. It was either that or packs of cigarettes (they were, after all, the first promotion from the show).

“I pity the fool that don’t eat my damn cereal!”

It would be far too easy to insert a joke about feeding this cereal to your Mogwai after midnight… and so it goes.

The meeting was called to order. Not ten minutes later, Ted waltzed out of the boardroom with a huge grin splayed across his face. “I can’t believe they went with Cereal SYSTEM! Man, what a bunch of morons!”

If you didn’t shove your mother out the door to grab a few boxes of this when you were a kid, then you, sir or madam, were NOT a G.I. Joe fan. Sorry.

I’m sorry, but any other cereal you can come up with can’t even come close to the all out awesomeness of this one. Taste aside, this ad is something to behold. I do remember eating it, though, and, well… not so good.