The Walking Dead Arrives On DVD 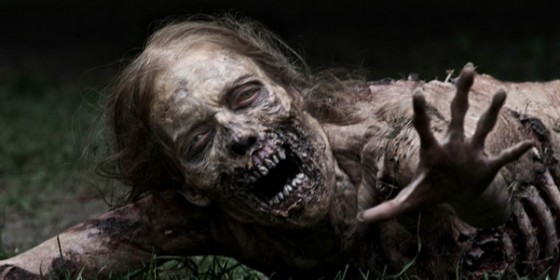 Attention zombie freaks, The Walking Dead is now available on Blu-Ray and DVD.  If you were sleeping, The Walking Dead is a drama based on the long-running comic book series created by Robert Kirkman and Tony Moore. The series is adapted for television, executive produced and partially written and directed by Frank Darabont (The Shawshank Redemption, The Green Mile) and is centered around a group of people who have survived a zombie apocalypse in Atlanta and are struggling to stay alive.

One item to note if you are going to be picking this set up for your collection: it may not be worth investing in the Blu-Ray since the show was shot on 16mm film and not in HD; you won’t get the amazing picture you’re used to from new releases. There will be a graininess to the picture, which was done purposely to give the show a distinct look, much like that of the black and white comics. Film nerds can read a cool article about this here and you can thank me for saving you the mass amounts of pointless screen adjustment time you would’ve wasted trying to get the Blu-ray picture sharper on  your TV. 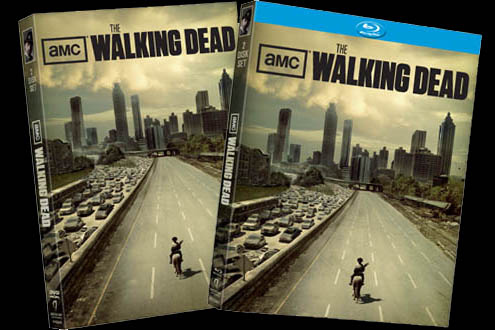 The 2nd disc has a ton of extras, including bonus footage, featurettes, zombie makeup tips, and a panel discussion with the producers and a sneak peek with comic creator and writer Robert Kirkman. I actually had the chance to be part of a roundtable interview session with the stars and producers at last year’s New York Comic Con, which you can check out here.

The Walking Dead has been such a success, there is a video game on the way and 13 more episodes as well, scheduled to kick off this Halloween. AMC ordered the second season after airing only two episodes of the first six, based on the 5.3 million viewers who tuned in to the premiere. Those numbers made it the most watched premiere in AMC history and it became the most watched basic cable drama ever in the 18-49 adult demographic. What does all this mean? Zombies are no longer taking your calls.