Tonight, AMC’s The Walking Dead will première for its 6th season with a special extended 90-minute episode following a Season 5 marathon this afternoon. Television’s most captivating post-apocalyptic zombie thriller of all-time is going to be broken down into two eight episode parts again this season. The second part will begin early next year.

The show’s rise in popularity is simple. Cable TV’s highest rated show in history tells a story that is not centered around zombie’s, which the show has brilliantly humanized by calling them walkers instead, and nothing else. It is about survival. The show was positioned around the zombie apocalypse but has become something else. It is about family, Rick’s family, and how living is more important than dying.

The Walking Dead now has a spin-off, Fear The Walking Dead, that gives us a glimpse of the time between Rick going into a coma at the hospital until he wakes up in a World full of death and walkers. The series premiered to 13.3 million viewers nearly doubling the previous record held by TNT’s Raising the Bar which brought in 7.7 million viewers back in 2008.

Before the Season 6 première tonight, we wanted to give you a chance to go back and watch our favorite moments in the show’s five season run, with a three part series of features. Enjoy.

** SPOILER ALERT! ** If you have not watched the most recent season of the Walking Dead, you might not want to go any further as you are about to run into Spoilers galore!

The series premiere started with a bang. No, literally, a bang.

In the very first scene, the County Sheriff, Rick Grimes, comes to an impassable road full of abandoned vehicles, some of which have decaying bodies. As he searches for gasoline, he notices a young girl in a bathrobe picking up her teddy bear. She is dirty and covered in blood. As he calls out to her, she turns around revealing she is a walker.

Rick had no choice but to shoot her in the head. 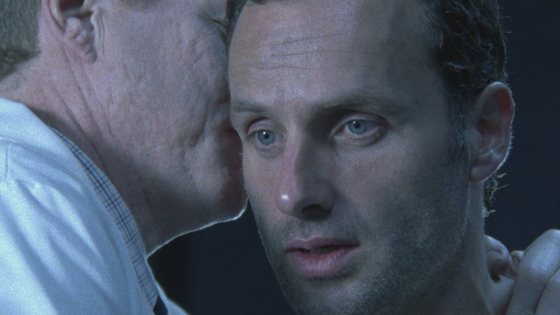 Inside the CDC main HQ, the last remaining scientist, Dr.Jenner, locks the group in the main room to die a quick painless death when the building destroys itself and everyone in it. Rick convinced Jenner to open the doors and let the ones that want to survive, be aloud to try. Jenner complies and opens the gates.

Before Rick can leave, Jenner grabs him and whispers something in his ear. Rick pulls away shocked, not fully understanding what he just heard. But the information ends up being beneficial to everyone’s survival later in the story.

This episode proved that The Walking Dead was more than zombie’s and dealing with a World overrun by them. It was one of the first times that the show truly shocked its viewers at our weakest, most vulnerable state.

By the end of the episode, Shane has had enough and gathers the troop to overtake the barn of walkers. As he was about to listen to reason, from Rick’s wife Lori, off in the distance we see Rick and Herschel returning to the farm with two walkers on snare poles.

Shane runs to the barn where he breaks the chains and opens the doors. As the walkers file out, one by one they are shot down by a member of the group. Just when we think it is over, out emerges Sophia, she has been turned into a walker.

The next 60 seconds are the most emotionally tough that the show has given us to this point when Rick is forced to shot Sophia in the head with his pistol. We watched as Rick’s face became cold, his eyes got hard, and he gave us a glimpse of the person he has become today. 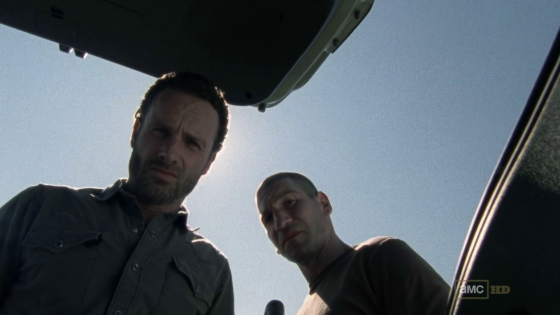 If you were wondering when Rick became the leader of the group, it was this episode. This episode followed another great one where Rick saved Shane from a school bus being overrun by walkers. He planned on leaving him there to die but changed his mind and went back to save him.

The beginning of this episode has a powerful scene between Rick and Shane. Rick gives Shane an ultimatum. Shane either has to follow Rick’s lead or he will be left out in the middle of nowhere to fend for himself.

After many moments of insanity, Shane had finally reached his breaking point and was leading Rick on a fake mission far away from camp to murder him. Rick realizes this but before he could react, Shane had already pointed his 9mm at him. Shane was expecting Rick to fight but he would not fight his best friend. As Shane continued to aim his weapon at Rick, he approached him ever so closely until he was within reach and Rick stabbed him in the stomach.

Carl walked up to Rick after seeing what he had done and pointed his pistol at Rick’s head. Carl was confused and did not understand who Shane has become so to him, Rick was killing his friend, nothing more. As Rick tried to reason with Carl, Shane’s corpse came back to life as a walker and slowly began inching towards Rick’s back. Carl fired his gun. Only, he shot Shane in the head, not Rick. 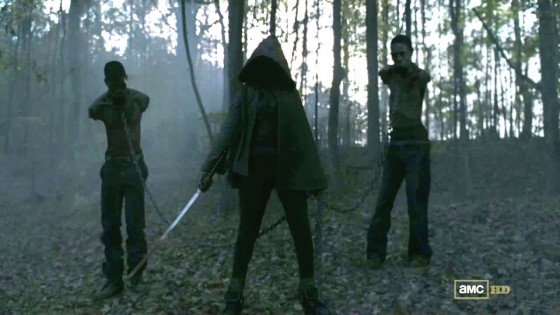 Following a hoard of walkers overtaking the farm, Andrea is separated from the group and is left to fend for herself. As she is fighting her way through the woods, she runs out of bullets and is left with a tiny swiss army knife. As a walker attacks her, she struggles to fight him off until a mysterious figure in a hooded jacket uses a samurai sword to decapitate the walker and save her life. This person is also holding two walkers on chains. Their jaws have been ripped off and they are almost trained to follow her as dogs.

Everything is gone. People have died and the group is starting to give up when Rick returns to a makeshift camp in the woods where he begins to take charge of the situation. He also admits to killing Shane. Rick then delivers one of his best lines of the show when he tells the group, “If you’re staying, this isn’t a democracy anymore.” The camera zooms away slowly revealing a huge prison just minutes away behind the tree line. End of Season 2.