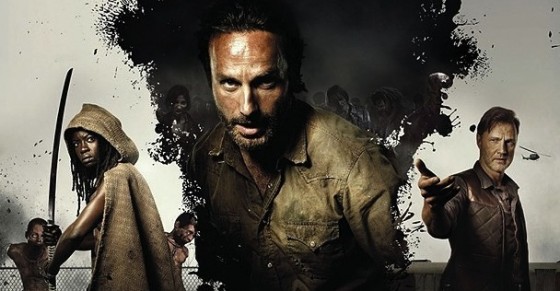 Violence to one degree or another has always been an integral part of small screen entertainment. It’s no secret that audiences gravitate toward guns, gore and gruesome subject matter. Societal implications aside, this fascination with all things bullet-ridden and bloody has morphed from graphic network police procedurals like the numerous Law and Order and CSI incarnations to premium cable slices of criminal life such as HBO’s The Sopranos and Showtime’s Dexter.

Relaxed restrictions have opened the floodgates for more realistic portrayals of the ghastly ugliness that permeates the streets and fields of modern-day America. The word “taboo” doesn’t seem to exist in the hallowed halls of television executives’ offices, at least in terms of pitches that don’t involve full on sexual intercourse. A line of series that includes Sons of Anarchy, Game of Thrones, Boardwalk Empire, American Horror Story, Spartacus, Breaking Bad, True Blood, Shameless, It’s Always Sunny, The League, Louie, Southland and Strike Back are ushering in an era of what can best be described as brutality TV.

What separates brutality TV from the rest of the edgier fare? Not only has the violence quotient been ratcheted up two or ten notches, but the worlds crafted by writers and showrunners have been injected with darkness, despair, betrayal, cruelty, indifference, corruption and death. Lots of death. And not just random death, either. Try the death of major characters. Characters once positioned as vital pieces in the progression of a series’ larger storyline are being eliminated at an alarming rate. And no show embodies the genre of brutality TV more succinctly than The Walking Dead.

Drawing from comic book creator Robert Kirkman’s bleak source material, The Walking Dead brain trust has crafted an environment beset with tragedy. No one is safe from the seen and unseen horrors that exist within a zombie apocalypse. And the terrifying hordes of flesh-eating undead are only part of the problem. Equally foreboding is the spectre of social Darwinism that relentlessly haunts the surviving populace.

The fracturing of the laws and codes that prevent a civilized society from succumbing to anarchy has left humanity to fend for itself. With no organized justice system to dissuade random acts of vicious crime, the survivors are forced to protect what little they possess by any means necessary. The longer they traverse this nightmarish landscape, the quicker morality erodes. Suspicion, paranoia, a total dissolution of trust and a cold-blooded nature are the requirements needed to not only survive, but effectively lead. 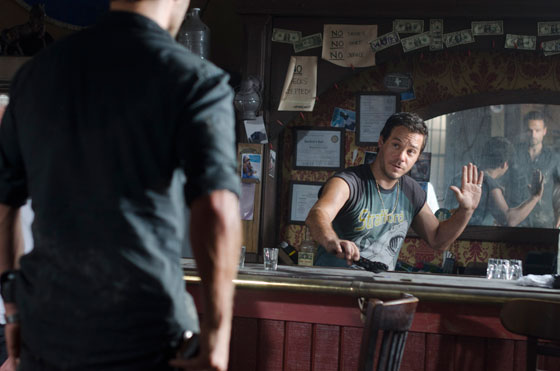 This post apocalyptic leadership role is heaped upon the show’s main character Rick Grimes, who spends the first season and a half futilely struggling to maintain the sense of duty and honor that guided him as a Sheriff’s Deputy. After witnessing the daily horrors that threaten his family and companions, Rick has no choice but to surrender to his animalistic instincts. Once he puts away the badge and uniform, he gradually adopts the take no prisoners mentality of an uncaring despot. As such, he won’t hesitate to murder anyone who stands in his way or fails to abide by his rules, including his psychotic former best friend.

The physical punishment depicted on The Walking Dead is repugnant, eye-opening and at times exhausting. However, it’s the mental anguish inflicted on Rick and the others that separates it from other brutality TV. It’s nearly impossible not to turn away during Dale’s final moments, or cringe in shock as T-Dog sacrifices himself to save Carol, or develop a lump in your throat as a despondent Rick learns of Lori’s fate. Needless to say, the writers are unapologetically cruel to both their characters and audience. 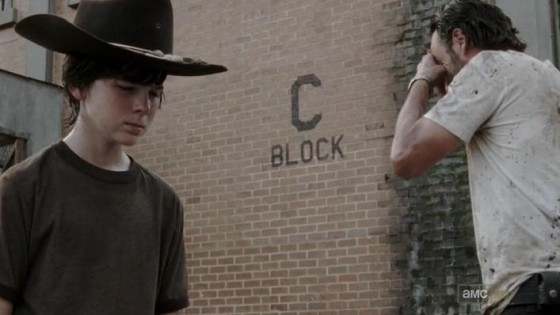 To accurately portray a world where death literally lurks around every corner, an overwhelming sense of loss and dread must be conveyed. Brief respites of happiness and joy are almost always interrupted by life-altering tragedy. The frantic search for community and safety is pointless. The concealed evils that dwell beneath the seemingly bucolic lawns of Woodbury have yet to be fully revealed, but it’s apparent the Governor’s motives are of the sick and twisted variety (e.g. locked up walker daughter and staged “gladiator” fights). As awful as things have been thus far, the worst if probably still to come, which is pretty much standard procedure in The Walking Dead.

The soul-crushing psychological torture is potent, but skipping over the grisly violence would be a gross misstep. With few exceptions, each and every episode contains at least one memorable kill. Splitting a zombie head with a sword, hacking off an infected leg with a hatchet, ripping a baby from a severed womb, angrily stabbing a bloated stomach containing the consumed remnants of a dead wife. Death happens and it happens in the most graphic and gut-wrenching methods imaginable.

And gut-wrenching death is what brutality TV is all about. Sons of Anarchy has bludgeoned a main character to death with steel pipes, burned a girl alive, decapitated a pair of hands and blown a woman’s brains out with a handgun. Boardwalk Empire burned a man’s face with an iron and set another ablaze. Game of Thrones routinely decapitates and eviscerates without remorse. Breaking Bad exsanguinates drug dealers and shoots children. Southland refuses to pull punches in its authentic portrayal of Los Angeles crime. Spartacus spills viscera with glee. And Dexter is, well, Dexter — bloody to its core. 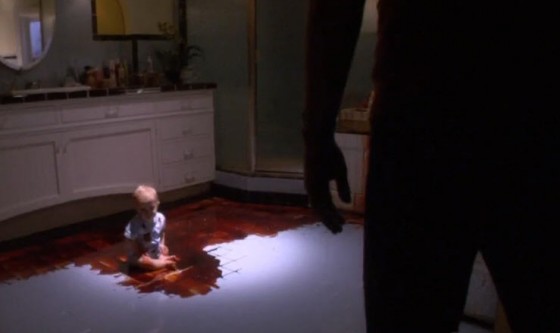 Why viewers gravitate toward such heinous acts of violence is best left to the shrinks. There is no denying these series growing popularity. Barbarism and beastly behavior are all the rage. So much so that comedies are treading into territory once deemed forbidden. Shameless revels in the despicable antics perpetrated by the Gallagher clan. The League recently showed a grandmother downing a shot of semen. Louie provided a hilariously ribald tutorial on oral sex. It’s Always Sunny in Philadelphia‘s definition of friendship borders on sadomasochism. 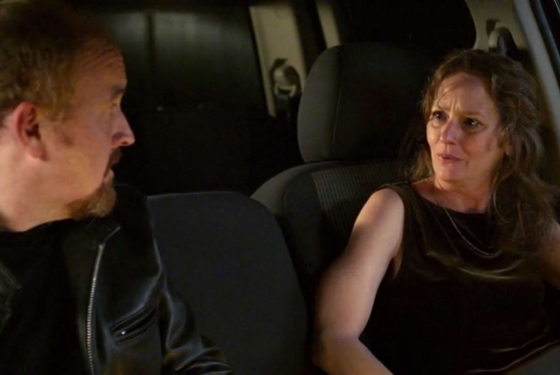 That fact that all of these shows represent some of the very best on television speaks volumes about the boldness of their creators. In a time when censorship is a palpable risk, it’s refreshing to know that our entertainment industry continues to evade the easily offended police. We don’t live in a puritanical world. We live in a world that is dark and disturbing and cringe-inducing. Hiding from these ills won’t make them magically disappear. Pretending they don’t exist won’t eliminate them from our social consciousness.

If anything, brutality TV serves as a reminder that things could be a lot more horrifying. Think you have problems? Watch a couple of installments of The Walking Dead. Your petty complaints will pale in comparison. Just remember to take notes, because when the apocalypse arrives, Rick, Daryl, Glenn, Maggie and Michonne will make excellent mentors.