Media > Television > The Walking Dead is Going to Rock

The Walking Dead is Going to Rock 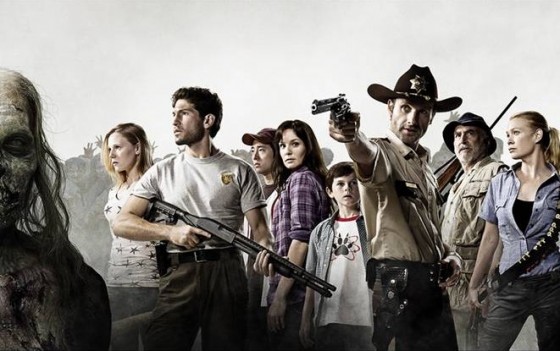 This just in: The Walking Dead is probably going to be the greatest television show in the history of ever.

Okay, maybe that’s stretching it a bit, but based on the early footage and stills from the set of Frank Darabont’s adaptation of the Robert Kirkman graphic novel series, geeks, nerds and dorks the world over can revel in the fact that this fall they’ll be treated to one of the most amazing zombie stories ever conceived.

This past weekend the cast and creators converged on Comic-Con and unleashed a trailer for the upcoming season, which looks fantastic and absolutely spot on to the comic book. If you’re unfamiliar with The Walking Dead, it tells the story of Rick Grimes, a small town police officer who awakes in a hospital after being shot in the line of duty to find himself in a world overrun by the undead. The rest of the series deals with him trying to find his family and learning to adapt to the new zombie-infested world. And it’s freakin’ awesome.

Don’t believe us? Take a look at this (bootlegged) footage from Comic-Con for yourself:

This fall can’t get here fast enough. The Walking Dead will premiere on AMC in October.