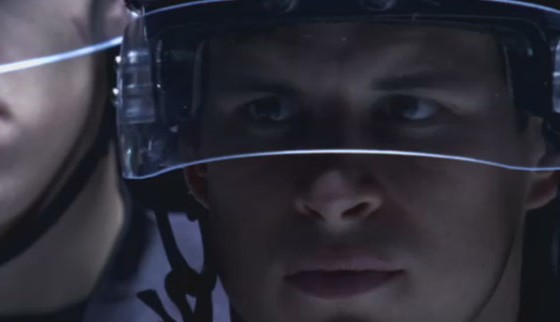 Love him, hate him, hard to deny him.

We’ve got two months worth of hockey in the books and, no matter how much Phil and Ben and the rest of the puck heads from our crew hate it, the Pens have seized center ice. The Pens ran through a multitude of wins over a one-month period (from mid-November to mid-December, a streak that finally ended in a 3-2 loss against Philly, ending the consecutive game streak at an even dozen), they’ve taken a flag to the top of the NHL standings, and they’ve done so in convincing fashion.

They’ll lead us off as we run through the top ten clips off the meta rink from the week.

BTW, three mentions of note you won’t find on our clips as they were covered earlier in the week…

– Alex Ovechkin versus Brandon Dubinsky is well worth a visit.

– Big finish in Flyers versus Sharks.

The league gets us going again with a review of the best goals from the week before (posted on the seventh of December). Just in time for the holidays.

Here’s Linus Omark pulling the spin-o-rama against the Lightning to give the Oilers the win.

(To be fair, the spin… not really that impressive. Dude did it early, not sure it was really key in making the goal as much as he just got lucky and stuck it through the five hole. Whatever. Cool clip.)

Here’s the league’s clip covering the top saves from the week before. Give the NHL credit… they pump it out in HD and give fans all they could want in internet coverage. As always, this service announcement is brought to you by the Fans who want more Sports YouTube Clips Commission.

This one has good karma attached to it, thus it makes the list. Rookie defenseman Michael Sauer gets his first career NHL goal and does it with what proves to be the game winner against Ottawa.

We get a nice little brawl here between the Habs and Leafs… Spacek apparently gets the worst of it.

An awkward rebound shot from behind goal managed to make its way into the net for Thomas Vanek, supporting the Sabres versus the Bruins. Its an amazing shot off a not-so-amazing goalie closing up shop.

The league posted this short bit on the history of the Winter Classic… its an entertaining watch.

Sticking with the Winter Classic, we wrap it up with NBC’s disappointing promo for this year’s battle between the best in the game.