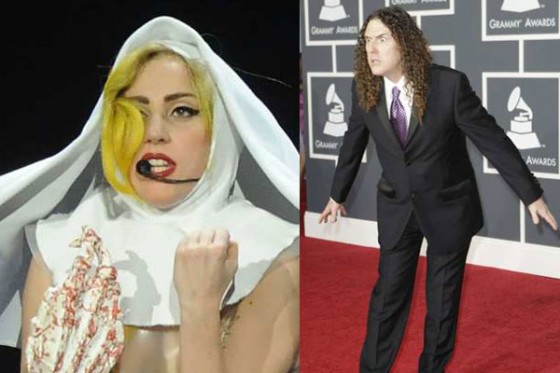 When one of my minions emailed me the new Weird Al Yankovic parody of Lady Gaga’s smash hit “Born This Way,” I thought it was a belated, weed-induced 4/20 gag. I could’ve sworn Al was dead, or at the very least his career. Alas, I was wrong. He is very much alive and “Perform This Way” is already closing in a million YouTube views. Yay, internet!

Evidently Lady Gaga is okay with it, despite initial reports to the contrary. So, stay tuned for it to be released on Al’s next album (really?), along with a video (of course) to follow. Maybe seeing Sir Weird dressed as Gaga will make this more amusing because as a standalone song, I ain’t feelin’ it. The six of you who have yet to listen can judge for yourself.