The Women of Scrubs Season 8

Scrubs was born in 2001 by taking us into the mind of the very quirky John “J.D.” Dorian, an intern at Sacred Heart teaching Hospital. J.D. narrates (and daydreams) his adventures in treating patients along with his fellow intern and on again off again girlfriend Elliot Reed, best friend Christopher Turk, and his reluctant mentor Dr. Perry Cox. Fast Forward to 2009, the interns are residents now, Dr. Cox is now the Chief of Medicine, the show’s moved to ABC from NBC, and it’s still just as funny as it ever was. March 18’th marked the Scrubs return after a month long hiatus, and a move to Wednesday nights, the final episode is currently scheduled to air on May 6 2009. In traditional Gunaxin style we have to take a look at the women who make this show possible. 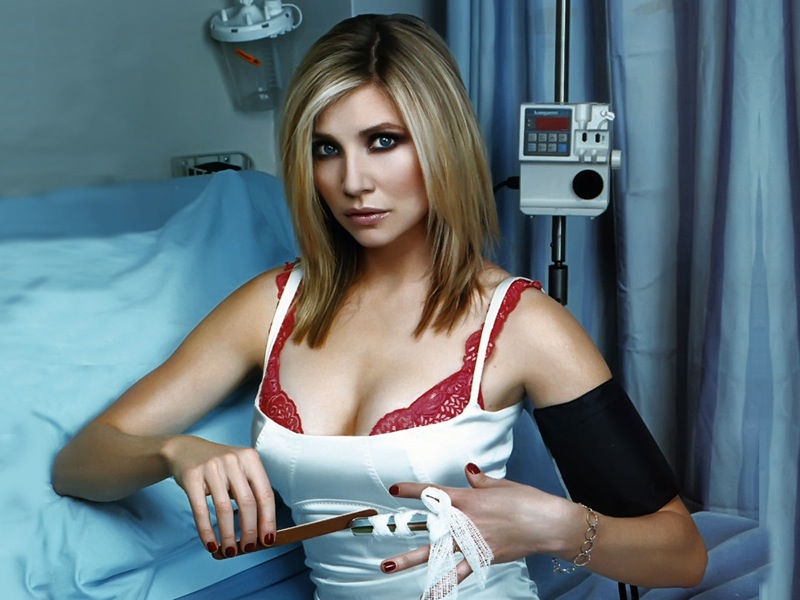 Sarah Chalke plays Dr. Elliot Reed, J.D.’s on again off again girlfriend. She’s a little neurotic, has low self esteem (sometimes), and she tends to shout her favorite expletive (Frick!) when she’s frustrated, but she’s incredibly cute. You might recognize her as “Second Becky” from Roseanne.

Christa Miller plays Jordan Sullivan, Dr Perry Cox’s ex-wife. With the way those two bicker you can never tell why they got married in the first place, but you can certainly see why they got divorced. You might recognize Christa Miller from her role as Kate on the Drew Carry show.

Along with the regulars there is a new crop of interns this year featured in a series of Webisodes on ABC’s site. Here’s the first:

Eliza Coupe plays Denise Mahoney, J.D.’s intern. He refers to her as Jo, because of an attitude similar to Jo from The Facts of Life. She has trouble showing empathy for her sick patients, but she does get very excited when she sees overweight men.

Betsy Beutler plays Katie Collins, Elliot’s intern. She might seem ditzy and cute, but she has a manipulative side.

Sonal Shah plays Sonja “Sunny” Dey, the cheeriest of all the interns. She making a video diary for her mom, and she’s the newest member of the Brain Trust. Not only that but I was able to find way more pictures of her than the other two interns.