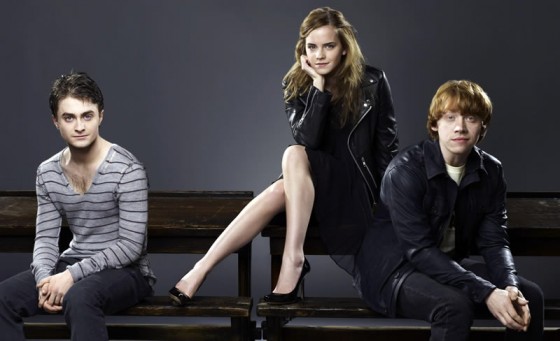 It’s probably uncool to admit you’re a fan of the Harry Potter flicks, but dammit I can’t help it. The older Harry and his pals get, the darker the movies become. The teaser for the final chapter Harry Potter and the Deathly Hallows aired last night during the MTV Movie Awards and it looks very ominous indeed.

Emma Watson just keeps getting hotter, doesn’t she? And hey, she’s like 20, so it’s not nearly as creepy to imagine her naked as it was when she was 16. Of course I never did anything of the sort because I’m a scholar and a gentleman, but I have sicko friends who did and qute honestly they and their graphic descriptions disgust me.

At any rate, part I of Harry Potter and the Deathly Hallows is set to open November 19. It looks intense what with Voldemort and Harry inching closer to their much anticipated good vs. evil magic tussle. Gee, I hope Harry doesn’t die. Wait a minute, I don’t give a shit if he dies. All I care about is the rumored Emma Watson bikini scene. Who started that rumor anyway? Oh yeah, that would be me.