Humor > News > Thirty Days Till The End of the World

Thirty Days Till The End of the World

Can you believe it? Aren’t you just super excited? I’m already thinking about what scent of deodorant to pack! Do I want something in a musk? Maybe something a little more floral? Oh, I’m just so giddy! I even bought a matching set of bags so when I’m holed up in my prepared bunker, at least I won’t look like a transient slob! You know what I mean? Thirty Days! I could just scream!

Lucky for me, I began preparing for this back in 2010. When I first heard it was predicted the World was going to end on 12/12/12, I didn’t even hesitate! Sure, I might be a 38-year-old guy right now, but back then I was only 36 and I felt ill-prepared and naive. I just paced the family room that day gnawing at my nails. The End of the World? What am I going to do? Well, I stopped whining and started preparing. I had to get a move on or I was going to be stuck on the surface when whatever was going to happen, happened!

So I quit my job (I told them I was moving… sneaky, right?) and started scanning the internet for affordable Fallout Shelters. It didn’t take long. In fact, it was within the first five minutes of searching when I discovered EarthSeal and their amazing staff. I called (they seemed genuinely surprised and almost helpful to a fault) and set an appointment for the following week. And sure enough, when I saw those nine men arrive Monday with two pick-up trucks full of materials, shovels, and giddy attitudes… well, that truly made my heart feel at peace, and I was all the more happy to hand over the check for $25,000. Sure, it was almost all the money I had in the world, but what was I going to do with it once that fateful day arrived? Ya can’t take it with you, am I right? LOL 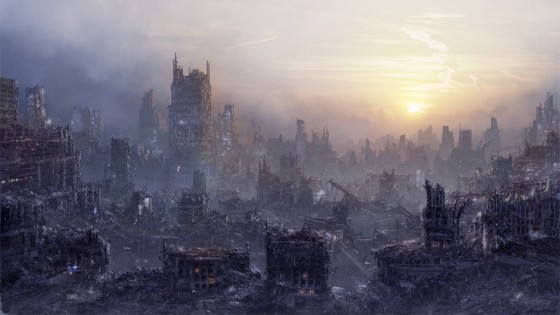 Well, they were there for nearly a month, and I only had to pay an additional three grand. Hey, if you want perfection… why would you skimp on your survival? The place looked, um, interesting when it was done. Not exactly the stainless steel, computer-ran, TV screen festooned safe house I’d seen on so many shows, but it was good enough. Remember where Bilbo Baggins lived in The Lord of the Rings movies? It’s like that, only maybe a bit more snug. And dirtier. And maybe a little rougher than I expected. Okay, to be honest, it’s really just a hole with some loose paneling for walls and a few pieces of drywall held up for ceilings. But it has a giant door on top so I’ll be protected… and that’s what really matters, right? A shelter! And I’ve already packed it full of stuff! Take a look at my list:

Not too shabby, right? All the comforts of home! I can’t wait to get into that ‘Twilight‘ series! I’ve heard good things! 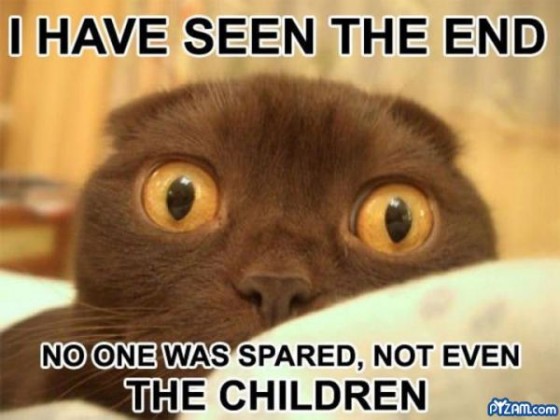 So there you have it, good ol’ diary: provisions stocked floor to ceiling (not literally). There’s very little room left, in fact. I’ve found space for a fold out metal chair, a few old milk crates for an end table (where else am I going to set my Diet Coke?) and an inflatable mattress I got at Target for 30% off because it was missing the box and patch-kit (why would I need a patch-kit and a box? It’s going to sit on the dirt floor?). I feel like I should be okay down there. Sure, it’ll be lonely for a while, but once I get into those DVD Boxed Sets, I don’t think I’ll be worrying too much about what’s going on outside until two weeks in. Then I plan to poke my head out and see just what kind of Armageddon we’ll be talking about. Though I’m sure the news will be covering a good deal of it.

Oh, I almost forgot. My parents found out that I was preparing for The End sometime last year. Needless to say they weren’t overly impressed. In fact, my father pretty much thought I was loony and said that all of my preparedness was a big waste of time. In fact, when I told him how much my shelter cost, he nearly exploded because, apparently, the money I spent was part of my inheritance and I wasn’t going to be able to get it back. Why would I need it back? The World is coming to an end and my dad is worried about returns on my investment! That man… anyway, neither he nor my mother have any belief in the inevitable. I’ll miss them dearly, but at least I know I’ll be safe. I invited my mom (my dad can build his own! LOL), but she isn’t convinced. Oh well. 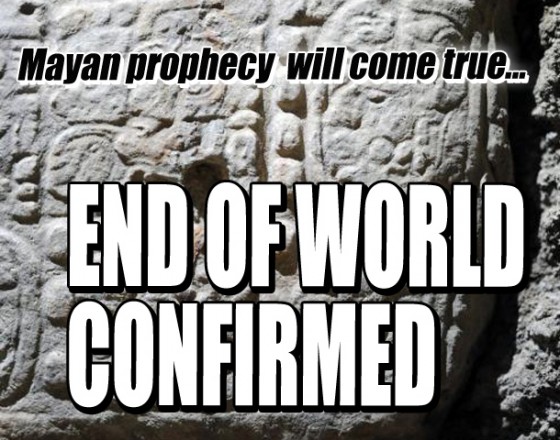 So that’s it for this entry! One month till Doomsday! I can’t believe it’s come so fast! I’m excited and frightened all at the same time. You know, it just occurred to me… I might need some more movies!