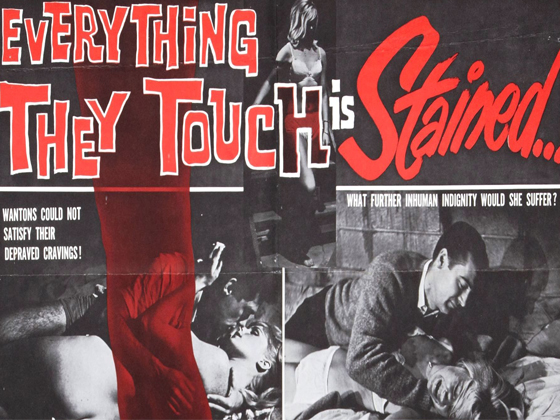 Back in the ’60s and ’70s when Grindhouse reigned supreme in the underworld of film, things eventually took a turn for… well, a turn for the bizarre and socially unacceptable. What were once movies featuring lowbrow humor, scenes of grimy violence and gore, and pictures of the more horrific sides of society, had quickly progressed into movies showcasing extreme violence against women.

For some reason the populace who, for the most part, watched relatively mild movies that were more risqué than anything else — though barely skating by censors and the like — began flocking to movies that showcased submissive women forced to endure brutal beatings, rape, and animalistic behavior. Fortunately the trend didn’t last too long, but the movie posters and, in some cases, the movies themselves, still remain to remind us just how outrageous Grindhouse and the era of what were called ‘Roughies‘ really was.