Sports > Other > This Week in Stolen Sports Videos

This Week in Stolen Sports Videos 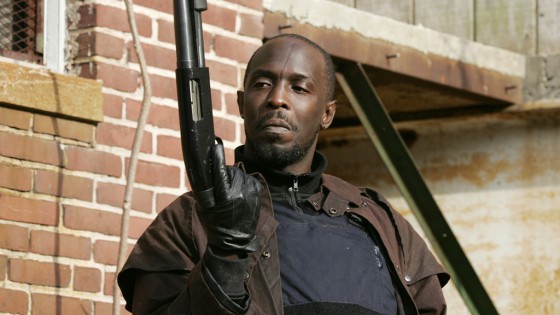 It’s so dirty… so wrong… so exhilarating. More to the point, it allows me to be lazy as piss without missing a beat. Whether I’m stealing time from my employer, stealing money from your mom’s purse, stealing Nerd Ropes from Wal-Mart, or stealing rocks from the local corner on a bend… doesn’t matter. Its time to get mine, son.

Thus I set out like Omar to steal quality video clips from the rest of the sports blogosphere… the patron saint of thieving assholes, taking clips from those who work hard to find ’em.

First, we reach into the wallet of the King of Links, taking this clip from Mr. Jimmy Traina as featured in one of his latest Hot Clicks offerings at Sports Illustrated. Enjoy this “mashup” (sidenote… when the fuck did we go from “mix” to “mashup”… DJ’s have been MIXING forever, but the asshole kids from Glee have only be MASHING for a couple of years… it’s a fucking shame) of dancing athletes, led by Tom Brady.

Our good friend Matt Clapp from Sharapova’s Thigh stole this clip from Chris Dart at The Buzz blog at The Score. Now… to be fair… Matt works at the same damn blog, so he doesn’t really deserve credit for stealing it. We’re stealing it first. Put that in your pipe, Matty.

The creepiest cricket fan in history…

We adore Josh Zerkle. It’s no secret… it’s on record… we give Josh regular reach arounds, even when there is nothing sexual going on at all. We love him THAT much. We love him so much because he posts glorious finds like this clip of Venus Williams ruining the fine Asian art of karaoke at WithLeather.

I have no idea what his real name is and we both prefer it that way. He goes by Weed Against Speed, he runs a fabulous blog known as The Sportress of Blogitude, and like us, he finds athletic value in a group of elementary school kids singing Iron Maiden.

Our friend and your’s, Mr. T from BroBible, wants you to know the refs in the Big East suck a fat one… having fucked over Rutgers with the cameras rolling on the Big East men’s basketball tourney.

As usual, the great Greg Wyshynski of Puck Daddy (Yahoo) had a fantastic account of the controversial Zdeno Chara hit, with video attached. (The NHL does an outstanding job of supporting their blog community… the NFL should be taking notes.)

Here’s our Derrick Rose clip of the week… didn’t really jack it from anyone. I hit up YouTube once a week, throw “Derrick Rose” into the search, and enjoy… because Derrick Rose is a bad mother fucker.

And another… in fact, the NBA is so excited for this kid, they couldn’t resist getting in on the action now… while the gettin’ is good.

If you are like us and you enjoy (a) video games, and (b) Chaz Sheen, you’ll enjoy this clip we jacked from Robert Littal at BlackSportsOnline. (And yes, we consider this “sports”… if you don’t, we understand. You’re wrong, but we understand.)

Last but certainly not least, we turn to the men who brought video to a new level for the sports blog universe… J.E. Skeets found this clip (written and directed by Leigh Ellis) for those of you reveling in the “pains” of the Miami Heat.

(And Leigh also offered this up via her Twitter page, featuring Usain Bolt… sometimes, those ad folks strike gold.)

And that’s our week… jackin’ for beats.