Media > Music > Those Were the Days: 2 Live Crew

Those Were the Days: 2 Live Crew 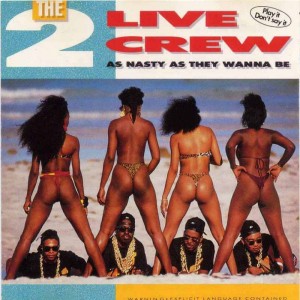 I was maybe 13 or 14 at the time when 2 Live Crew stormed onto the rap scene with obscene music that was so controversial at the time that the artists were sued and even arrested for performing. But that didn’t stop us young teens from jamming to “Table Dance,” “Hoochie Mama,” and “Banned in the U.S.A.” And let’s not forget “Martinez,” perhaps the most fun song to sing along to when there is a guy around named Martinez that you don’t like. In fact, “Me So Horny” was so much fun, my bunk did a song parody of it for a competition. That song inspired me to watch Stanley Kubrick’s film, Full Metal Jacket.

Can a nigga get a table dance?

Now let’s all take a minute and enjoy the rap music that all 14-year-olds should be listening to.