Media > Movies > Thoughts on the New Conan the Barbarian Movie

Thoughts on the New Conan the Barbarian Movie 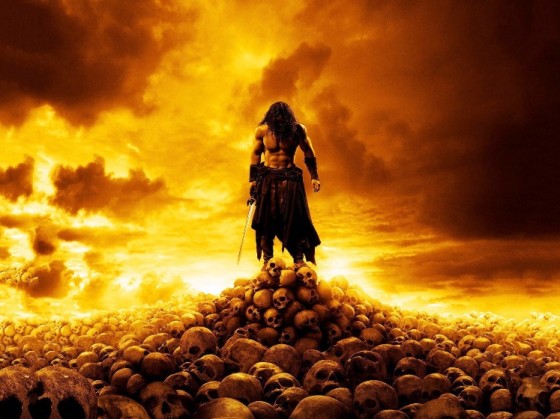 When I first saw that a remake/reboot of Conan The Barbarian was going into pre-production, it took everything I had not to let out a death grunt of a sigh while face palming for about fifteen minutes. The original, starring a young Arnold Schwarzenegger, is one of my favorite films of all-time after all. But I immediately had plans to boycott the film whilst shaking a fist at the heavens as I questioned the existence of a higher power. I mean, what’s next? A Footloose remake (actually, yeah)?

But then something happened that I did not expect; the lead role was handed to an actor I really like. Even though he has launched himself into some mainstream success after his season-long stint on HBO’s critically acclaimed Game of Thrones, at the time of the casting not many people outside the realm of science fiction had ever heard of Jason Momoa. Personally, I was a huge Stargate fan and had been watching him for years on Atlantis. I will even admit to first seeing him on the short-lived FOX drama North Shore — a guilty pleasure of mine. So, now that I’ve turned in my man card, it has been established that I’ve long been a Jason Momoa fan.

I thought that outside of him or possibly The Rock, nobody was going to satisfy me. But I immediately was ready to give it a try after Momoa’s casting as well as the addition of Ron Perlman (Hellboy, Sons of Anarchy) as Conan’s father, Corin, and Stephen Lang (Tombstone, Avatar) as Khalar Zym, the villain in the film. Oh, the additions Rose McGowan and Rachel Nichols certainly don’t hurt, either. But after the first trailer was released, it looked to be a fun, popcorn summer movie in the same vein as The Mummy or Prince of Persia. 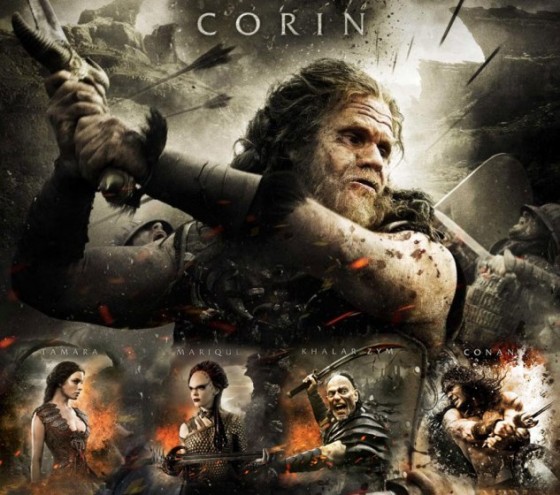 Then the red band trailer came out. For those who don’t know the term red band, it refers to a trailer that has NOT been approved by The Motion Picture Associations of America. This can be for a number of reasons, but it’s usually because of violence, language or nudity. Or in this case, all of the above. So I watched it and can you say, holy shit!? An entertaining looking flick just got awesome! The violence, the visuals, the violence, the look, the women, the violence! The red band trailer is phenomenal. If you still aren’t sold, take a look here.

I’ve went from cursing the existence of mankind and vowing to boycott all the way to declaring that I will be there opening night. What can I say — I’m a dork like that. But if I can change my mind about it, I’m sure others might as well. Especially after Momoa’s possible Emmy nominated performance as Dothraki Horse Lord Khal Drogo on the aforementioned Game of Thrones this past Spring. Take a look at the clip below from a part of his performance there and see what officially sold me on the fact that Jason could play the role of Conan.

Another great thing is this is not officially a remake. It is a new interpretation of the Conan mythology and has no relation at all to the original. So we won’t be subjected to another Nightmare on Elm Street type remake that makes you wonder if they even bothered to write a new script. With a $110 million budget, the visuals don’t look to be taking too much of the low road either. The R-rating doesn’t hurt, either. Jason Momoa is a phenomenal actor and he is deserving of everything he is finally getting. The guy is going to be a star.

Bottom line: I’m excited and I can’t wait. I hope to have that same feeling when I leave the theater on August 19th. 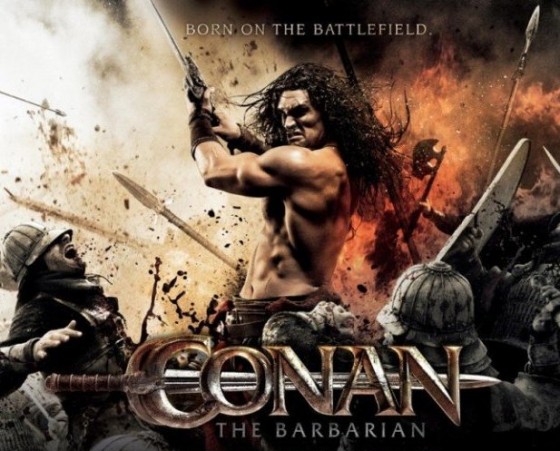