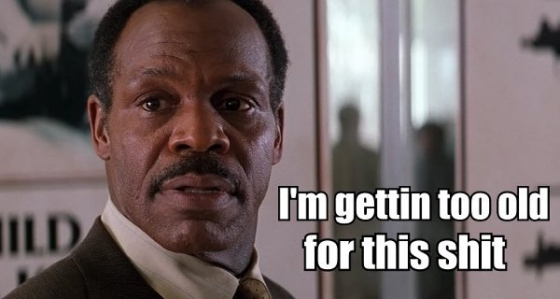 Too old for this shit? Nah, not anyone on this list…

Most of the time, war is young man’s work. Hell, Danny Glover was barely middle-aged when he started complaining about being too old for pretty much anything more strenuous than falling asleep. However, we here at Gunaxin found three old salts who were simply too good at what they did to retire gracefully.

Narses spent most of his life essentially as a butler to the Byzantine (ya know, those eastern Roman guys) Emperor Justinian. Proof positive that it's never too late to start, Narses was in his mid 60s when he received his first command. Justinian gave him command of some of the Empire's undisciplined German troops, which back then was the Byzantine equivalent of being picked last for dodgeball in P.E. 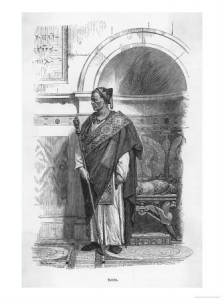 You pick this man first, at least for war.

To everyone's surprise but Narses', after just a few short training montages, the elderly first-time captain produced one of the finest units in the Byzantine Empire.

At this time it's important to note that Narses is described as being small, feeble, and to all appearances, physically weak. Also, he literally had no balls. It should also be noted that Narses' men loved the shit out of their eunuch general.

Despite leading men some Byzantines might have deemed "barbarians," Narses won his men over with the power of caring. His reluctance to sacrifice lives in pursuit of glory and desire to make sure his soldiers were properly fed and paid went over pretty damn well with the boys. So well in fact, that in his first major battle, Narses defeated an army of marauding Huns. 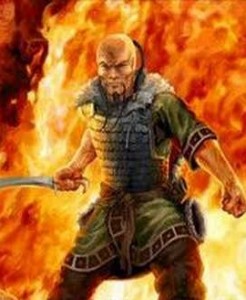 What did he do for an encore? His fucking duty that's what, and returned home having tasted glory. Yet he was content to keep the peace at Constantinople for almost a decade before his emperor remembered that the dude he treated like Mr. Belvedere was a fucking military genius. 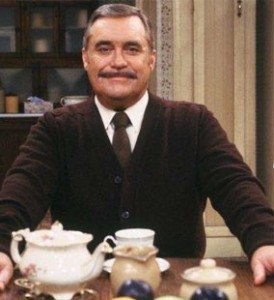 Justinian decided the Goth tribes had rabble roused in Italy long enough. It was time to bring Rome back under the Emperor's control. With pretty much every other general occupied at the moment, Justinian asked the now 74-year-old Narses if he wouldn't mind unretiring and conquering Italy for him.

So Narses methodically marched an army from Constantinople to Italy. And in one campaign (less than two years) retook Rome from the Ostro goths, and then proceeded to conquer the rest of the Italian peninsula. Narses' devastating campaign ended when Gothic delegates begged the diminutive general to let them leave Italy safely -- just please, please stop slaughtering Goths.

After the Ostrogoths were beaten like rented Peruvian mules, Narses turned his attention to the Franks north of Italy. Over the next six years, he defended the northern borders successfully against Frankish invasion, only relinquishing command in his mid-80s to retire, for real this time. Narses, like Michael Jordan, retired on top (wait, what now about Wizards?).

It's impossible to imagine Cincinnatus faring too well in modern American politics, what with his sense of duty, honor and complete lack of corrupting personal ambition. Before the acts that rendered him a legend, Cincinnatus was your typical Roman patrician. He stabbed some barbarians (read: non-Romans) for the Republican army and retired to a farm outside Rome. Of course, the typical Roman wasn't a paragon of virtue like Cincinnatus. Virtue, in Ancient Rome by the way, was loosely defined as being courageous to the point of being bat-shit crazy. 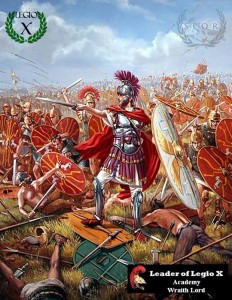 In 458 BC, the Roman Republic's borders were besieged by the army of their Aequian neighbors. The consul of Rome (like the U.S. Presidency, but a one-year term and with more legions to lead) along with his general staff and most of Rome's army were lured into a trap and captured in one-sided battle with the Aequi tribe. Things looked bad, very bad for the fate of the Roman Republic.

Keep in mind that at this time the Roman Republic was a relatively new invention and Rome was closer to its past as a tyrannical monarchy than to its future as a, well, tyrannical empire.

There existed a seldom used provision in Roman law allowing for the appointment of a dictator who would be given complete power over both military and civic affairs for a period of six months. After lengthy debate in the Senate, it was decided that only Cincinnatus could be trusted with the dictatorship. The Senate also decided that lengthy debate really needed to be saved for times when the Republic was not surrounded by its enemies and facing total annihilation. 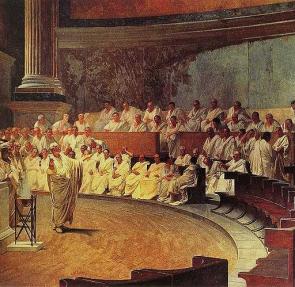 "Maybe we could table discussion to rename Roman post office #1? We're very close to being slaughtered here as we speak."

The Senate's delegates found Cincinnatus working his fields. At 62, the patrician traded in his plow for a sword and gave his first order: "Nobody buys anything or trades anything, or debates anything -- lookin' at you, Senators -- until Rome's enemies are dead or running." 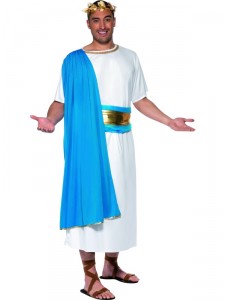 "C'mon, we would have thought of that eventually..."

Every citizen old enough to hold something good and stabby was pressed into Cincinnatus's infantry, which he led personally. He force marched his army all night and surrounded the Aequi, imprisoning them in their own camp, which forced their surrender.

Cincinnatus was back at his plow within two weeks. For some reason, probably morals, he refused to appoint himself king, or abuse his office in any manner -- a precedent that future Roman rulers decided to entirely ignore.

For Jean Valette the Crusades never ended; they just changed venue. Valette dedicated his life to fighting Muslims because, well, they weren't Christians. And as leader of the Knights of Malta in the mid 1500s, that meant fighting the enormous Ottoman Empire from a number of tiny pirate fortresses. 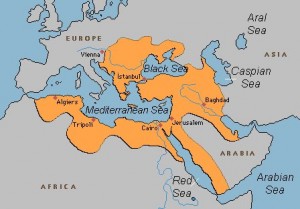 The orange stuff is the Ottoman Empire. That tiny dot near Sicily? That's Malta

We say pirate fortresses because by this time centuries of warfare and chastity vows had reduced the once mighty crusader force to something more akin to Robin Hood's Merry Men. Except instead of hiding in Sherwood Forest, the Knights of Malta retreated to  tiny Mediterranean islands. And instead of robbing the rich, the Knights preferred Ottoman merchant ships. And instead of giving to the poor, the Knights gave to the Catholic church when they felt like it.

Okay, so maybe the Robin Hood comparison isn't entirely accurate. But like the Merry Men, the Knights were led by an unkillable badass. Which is good, because in 1565 the Ottomans were so annoyed with all the Mediterranean hijackings and piracy that they sent an army 40,000 strong on 200 ships to make soup out of Jean Valette and his 500 knights at their castle on Malta. 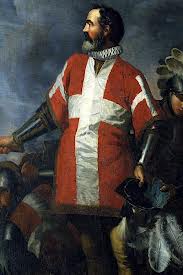 And you know what? Emperor Suleiman should have sent another 40,000 troops, because despite being outnumbered over 20 to 1, Valette saw no reason to surrender his fortress to the besiegers. When an Ottoman messenger saw Valette to request his surrender, the 70-year-old knight dragged the messenger to Malta's walls, pointed at a ditch on the other side and said, "Tell your master that this is the only territory that I will give him. There lies the land which he may have for his own — provided only that he fills it with the bodies of his [soldiers].” 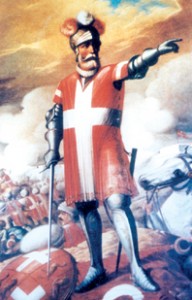 "You can put the bodies over there."

Ottoman generals expected Valette's fort to fall within three days. Over the next three months the knights along with armed Maltese civilians cut the Ottoman army in half. The fighting was unspeakably savage. Several times Ottoman artillery breached the fortress walls and Ottoman shock troops poured in on top of the defenders. And each time the invaders were met by Jean himself, sword in hand. 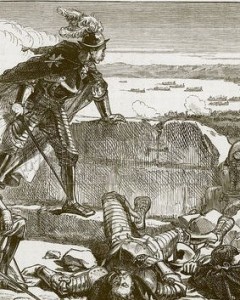 In an effort to intimidate the defenders, the Ottomans crucified several Christian captives in clear view of Malta's defenses. More than a little pissed, Valette ordered dozens of Turkish prisoners beheaded. His knights loaded the fort's cannons with Ottoman heads and fired them right into the enemy camp.

After 112 days, and near total casualties among the defenders, a relief army from Sicily drove off what remained of the Ottoman force. Valette and the few remaining defenders watched as less than 10,000 of the Suleiman's finest troops fled, having been unable to dislodge an elderly general and a few hundred knights. That's the sort of grim determination that gets a city named in your honor. 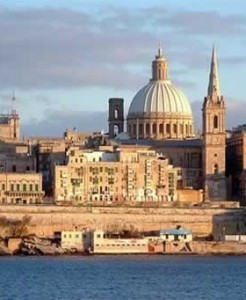