Commentary tracks are one of the most common special features for film and television and also probably the most consistently bashed. If you listen to a handful of them chosen at random, you’ll likely hear one where a person on the track will say that they don’t listen to commentaries or only listen to them to fall asleep.

There’s a perception that the tracks will usually just provide dry technical information only of interest to those that want to get a career in the film industry (or indulge their fantasy that they’ll get one.) If not that then it’ll just consist of cast and crew members complimenting each other. There’s no denying those assumptions are often accurate. Celebrated commentary tracks such as the in-character one for This is Spinal Tap or the musical one for Dr. Horrible’s Sing-Along Blog are considered the exception that proves the rule.

But when these tracks go off the rails, the results can be as good as the program or even better. Here are three of our favorite examples…

Summary: For this highly charged episode of the show half of America buzzed about while the other half whined about the buzz, Gilligan and company try to give a standard informative and fun track. That is except Norris, who aggressively mocks the whole exercise. His arch nemesis on this track is Thomas Schnauz, though Vince Gilligan doesn’t seem too pleased with it either. There’s a lot of laughter throughout, but also lots of hints that some of the jokes are genuinely getting to some of the participants.

Track Highlights: Right out the gate, Norris gets on Schnauz’s nerves by going “look at that!” over and over. When Schnauz sarcastically tells everyone to let Norris speak, he does a little “Me? Memememememe?” thing. He’s leaving no doubt that if he’s gonna be stuck doing this, he’s taking it out on everyone else with a microphone.

Later on, Norris mocks the mutually congratulatory nature of commentary tracks that was mentioned in the intro when he simperingly calls everything “beautiful.”

He keeps it up well into the episode. After awhile, Schnauz asks VInce Gilligan why he brought Norris in for this record. Gilligan doesn’t know, and Norris responds “Too late now, motherfucker!”
NSFW:

By about the halfway mark, Gilligan is trying to talk about making sure you don’t record the camera in a reflective surface. When Norris needles him again, Gilligan says that the commentary is like passing a kidney stone and then makes an uncannily accurate “passing a kidney stone” noise. Don’t ask how I know.

Apparently briefly tiring of getting on everyone’s nerves, Norris asks how multiple writers divide up the writing duties. Schnauz tells him not to pretend to care because “we’ve come too far.”

And at the end of the track Norris reveals that the bug up his ass the whole time was that recording the commentary made him miss the football game that day.

Which should serve as a lesson to all you people producing DVD special features: Don’t send a man to do a nerd’s job. 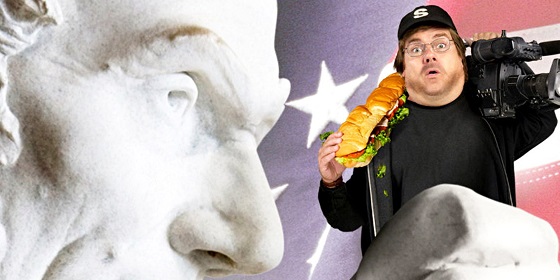 Summary: In 2008, An American Carol was one of the greatest failures in the history of pandering. Years after he was relevant, it took an extremely broad and shallow shot at Michael Moore by having a surrogate for him meet dead conservatives and be convinced to support our troops. Even conservative critics admitted it wasn’t very good, and it completely bombed. So its director, producer, and star had no face left to lose when they sat down to do commentary for it even though two of the three present had previously made such comedy classics as Airplane! and… well, Baseketball.

Track Highlights: The tone for the track of Zucker and Friedman hating everything including themselves while Farley is just a ray of sunshine when gets established when Friedman and Zucker tell Farley they didn’t want him to star for awhile, but Farley was just happy to get the role.

They’re catty towards special guest stars like Paris Hilton, whom they mockingly feign are impressed could say “Riefenstahl.”

They also freely admit that during some scenes, they couldn’t even get mercy laughs out of the crew until they started shoving an actor’s head in food.

It’s not all such pleasant ribbing: at one point, Friedman pretty much straight up calls Zucker a dick during shoots.

For all that, Farley still has a pleasant attitude. When there’s a sound effect in the scene, he says “boink!” When the other two rib him for it, he just continues saying that he likes sound effects and all that.

Late in the movie, probably the most revealing fact comes out. It goes a long way to explaining why the movie is so terrible and says almost comically bad things about both test audiences and some people in the right-wing. During a scene where injured or disabled kids are disrespectful to Malone (the Moore surrogate) so conservative focus groups in Texas said that they didn’t want them to receive medical treatment.

And thus we got fascinating new insight into why Hollywood never tries to pander to the Right Wing so blatantly.

3. Fear and Loathing in Las Vegas 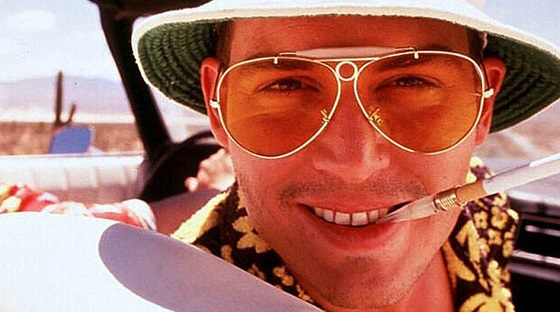 Track Tone: Thompson is apparently in angry self-caricature mode for this recording made for the 2003 release of the movie the Criterion Collection. Criterion is a outfit so hoity-toity that their mission statement is that they publish “the defining moments in cinema.” Apparently that includes Thompson acting like a lunatic on the commentary for this already rather loopy adaptation of his work. It does not seem what you’d expect of a classy, sophisticated distributor like Criterion.

Track Highlights: Throughout the track, Thompson will intermittently let loose with a banshee shriek, seemingly at nothing. It’s hard to tell if he’s just bored, mocking his reputation, or the idea of doing commentary. The best times are when he immediately transitions into making a point, meaning he had something to say but preferred shrieking.

As it goes on, it begins to take its toll on his throat. He breaks down and coughs after one of them and then complains that his throat is getting gravelly. Wonder why.

Laila Nabusi asks questions very patiently, with Thompson either slowly answering them or mocking the fact the questions are being asked. His answer to the one asking if the film raised his profile is particularly great.

Labusi and Thompson decide after awhile to call the film’s stars Benicio Del Toro and Johnny Depp. Thompson is just happy to hear Depp’s answering message (a sound byte from the movie,) but he isn’t nearly so pleasant with Del Toro

There’s a lot more there: Some borderline libelous statements about Timothy Leary, a lot of politically incorrect content, and a discussion of Japanese radish. We really do encourage you experience it for yourself. 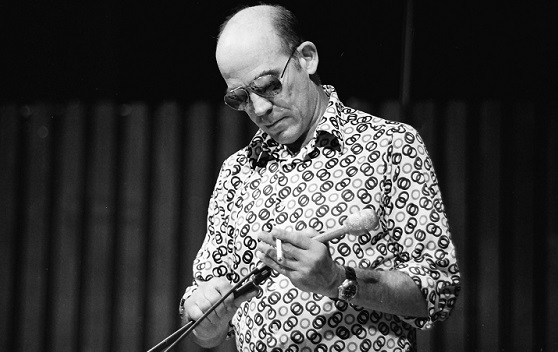